The dream of the Hyperloop is about to materialise. Here we tell you everything about it. 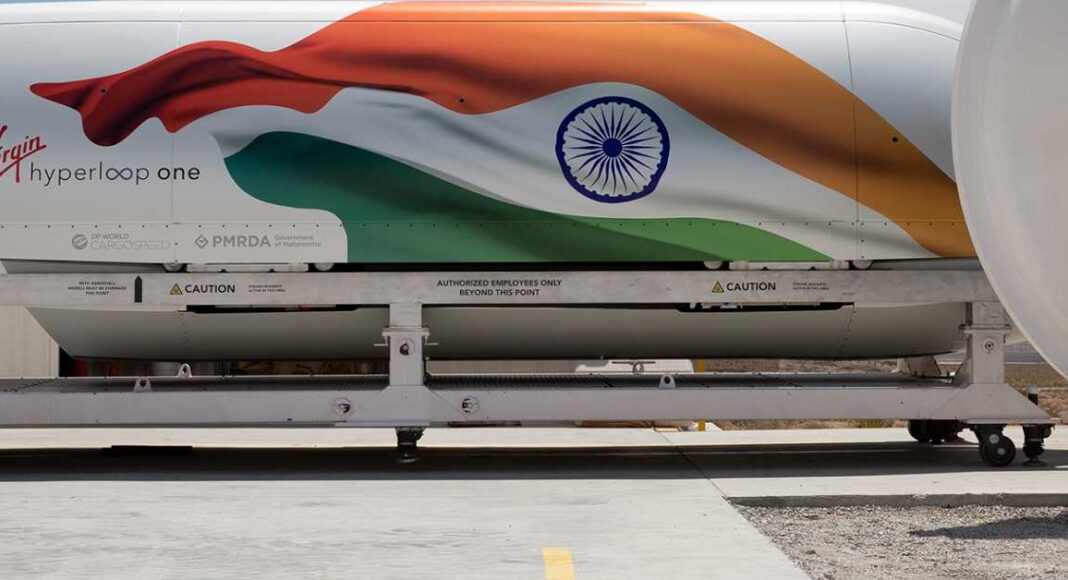 Hyperloop is an intended means of passenger and freight transportation. The terminology was first used to define an open source vactrain design published by a joint team from Tesla and SpaceX. Hyperloop is defined as a sealed tube or system of tubes having low air pressure allowing a pod to move through it free of air resistance or friction. The concept of utilising low-pressure or almost vacuum tubes as means of a transport system has a long history. However, it was entrepreneur Elon Musk who popularised the concept with his ‘Hyperloop Alpha’ research paper in 2013. And then came many.

Why is Hyperloop different?

Hyperloop differs from the traditional rail in two ways. Firstly, the pods carrying passengers move through tubes from which most of the air has been evacuated to minimize friction. As a result, the pods could travel at a speed as high as 750 miles per hour. Secondly, instead of moving on wheels like a train or car, the pods are meant to float on air or employ magnetic levitation to minimize friction.

How much would a Hyperloop cost to build?

The LA to San Francisco Hyperloop envisioned by Elon Musk Envisaged is expected to cost around $6 billion. A major part of the cost of the project lies in constructing the tube network that includes the cost of the tube, pillars, vacuum pumps, and stations. The cost of the capsules was estimated at around $1.35m per piece; with 40 required for the service that would cost around $54m.

What will be the implementation challenges?

Although the concept of the hyperloop appears wonderful, it is evident that it would face several challenges in terms of construction, society, health, and the environment.

What will be its impact on society?

The research on the possible benefits of the hyperloop project to society shows that the journey from London to Birmingham would take only nine minutes. Faster journeys will enhance job opportunities and will have a positive outcome on tourism and sustainability. Moreover, Hyperloop will improve the access to education as the distance of the educational institutions from home will not be a challenge anymore. Besides the time factor, Hyperloop will play an important role in solving the housing crisis. The cost of living in metropolitans like London and New York is pushing the vulnerable residents out due to economic instability. By making the movement to places around the country affordable, people will be more likely to live outside of the city.

According to Elon Musk, “Hyperloop would inconvenience landowners no more than having a telephone pole on their property”.

When will the first Hyperloops be available?

Several companies are competing against each other to turn the concept of Hyperloop into a functioning commercial system. Although the basic concept has existed for many years, Hyperloop technology is still under development as of now, the earliest hyperloop is expected to be up and running by 2030 but most services are expected to run even later since the testing of the technology is still in initial stages. The locations where Hyperloops will be established are still not known. However, many companies have planned out routes in the US, Europe, and elsewhere. Possible routes include New York to Washington DC, Pune to Mumbai, Kansas City to St Louis, Bratislava to Brno, and Vijaywada to Amaravati.

What will be the experience of a Hyperloop?

Critics of Hyperloop have suggested that traveling in the tube might not be a delightful experience owing to excessive G-force that may cause nausea. However, its supporters say that the journey of a hyperloop will feel just like traveling in an elevator or a passenger plane. The companies that are making the hyperloop claim that despite it being an extremely fast move vehicle, the systems they are building will accelerate with tolerable G-forces similar to taking off in a Boeing 747. Acceleration and deceleration processes will be gradual with tolerable G-forces and turbulence.

According to Elon Musk, “A beautiful landscape will be displayed in the cabin where each passenger will have access to their entertainment system”.

Will the Hyperloop ticket be expensive?

The LA to San Francisco version of the Hyperloop Envisaged by Elon Musk will offer tickets at a nominal $20, but Virgin Hyperloop One is doubtful on its plans. As of now, the cost will depend significantly on the route and the target is to make it affordable for everyone. The Hyperloop Transportation Technologies (HTT) said that it expects a profitable system with low ticket price projections. But like any new technology, critics do feel that this will be an expensive way of travel too.