Must watch: 10 Netflix movies and TV series coming up in June

Here is our list of worthy shows and movies you can binge on in June on Netflix. 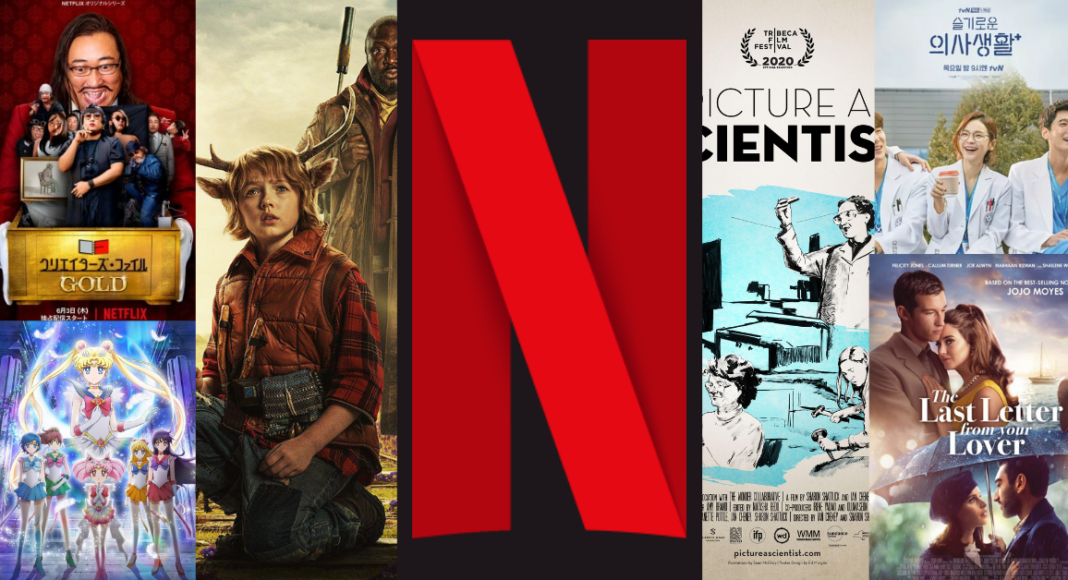 Are you looking for the latest movies and TV series on Netflix to binge-watch this June? Well, we have listed down the top 10 Netflix shows for all the genres. You can add these to your wishlist and enjoy them as they come.

This is a mockumentary series, comedian Ryuji Akiyama masquerades as various creative professionals who insist on doing things their own way

With the help of some unexpected celebrity guest stars, comedian Ryuji Akiyama satirizes Japan’s top “creators” with a deadpan, unerring eye for comedy.

The Dream arc of the Sailor Moon manga by Naoko Takeuchi is the inspiration for this 2021 Japanese two-part anime film, which serves as a direct continuation and “fourth season” for the Sailor Moon Crystal anime series.

Netflix purchased streaming rights to both films, and they are expected to premiere on June 3, 2021 on the streaming service

Watch the trailer of Sweet Tooth

It is a new American fantasy drama streaming TV series based on Jeff Lemire’s comic book of the same name. The story revolves around “the Great Crumble” who wreaked havoc on the planet ten years ago, resulting in the mysterious birth of hybrid babies who were part human and part animal.

Jim Mickle produced the movie, which will debut on Netflix on June 4, 2021.

The series is about members of a Korean-Canadian family struggling with clients, each other, and the changing world around them while running a convenience store in Toronto.

The hit Canadian comedy series Kim’s Convenience returned for its fifth and now final season on CBC in Canada, will be made available on Netflix by 2 June, 2021.

Watch the trailer of Skater Girl

It is about a teen in rural India who discovers a life-changing passion for skateboarding, she faces a rough road as she follows her dream to compete.

Watch the trailer of Picture a Scientist

Picture a Scientist is a documentary on gender representation in science. The film tells the stories of many prominent female researchers and highlights the obstacles they faced, including cases of abuse and discrimination.

Watch the trailer of The Hospital Playlist – season 2

This series is about the stories of doctors and nurses who work at Yulje Medical Center, as well as patients who have been admitted, which are told in the Hospital Playlist. The show follows five doctors who have been friends since they first started medical school in 1999.

A drama about ordinary yet extraordinary people living in hospitals and the 20-year relationship between friends.

The Last Letter from Your Lover

Watch the trailer of The Last Letter from Your Lover

A journalist sets out to solve the mystery of a hidden affair after discovering a cache of love letters from the 1960s, based on Jojo Moyes’ novel.

Watch the trailer of Lupin 2

Assane Diop will return soon to finish what he began, with his son missing and his revenge mission unfinished. On May 6, the first trailer for Part 2 of Netflix’s Lupin was released, confirming a June 11 release date for the season’s second batch of episodes.

Money Heist viewers have been looking forward to Lupin since the season 4 finale of the said show.

Watch the trailer of America: The Motion Picture

In a satirical take on the American Revolution, a chainsaw-wielding George Washington teams up with his beer-loving brother Sam Adams to defeat the British.