Like fine wine, Apple is getting better with age. The new iPhone 14 Pro has reinvented the wheel and set the bar high. 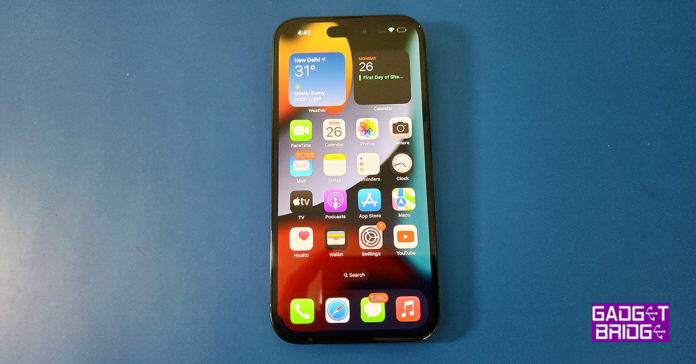 If Aron Ralston (played by James Franco) in the movie 127 Hours had the new iPhone 14 Pro (with SOS features) with him, the movie would have had a very different ending. For one, he could have been saved without losing a limb. Apple has become synonymous with innovation and the iPhone 14 Pro—despite fuelling the debate that not much has changed—is a pioneer in more ways than one. Here’s why, read the rest of our Apple iPhone 14 Pro review to know more.

In terms of design, a lot has changed, yet not so much. Sounds confusing? Let us explain. The front of the device is where you get to see a lot of great changes. The notch is gone and now you get the face ID sensors and the front camera in a pill-shaped cut-out. There is a new shade available as well, called deep purple, it is stunning, to say the least. 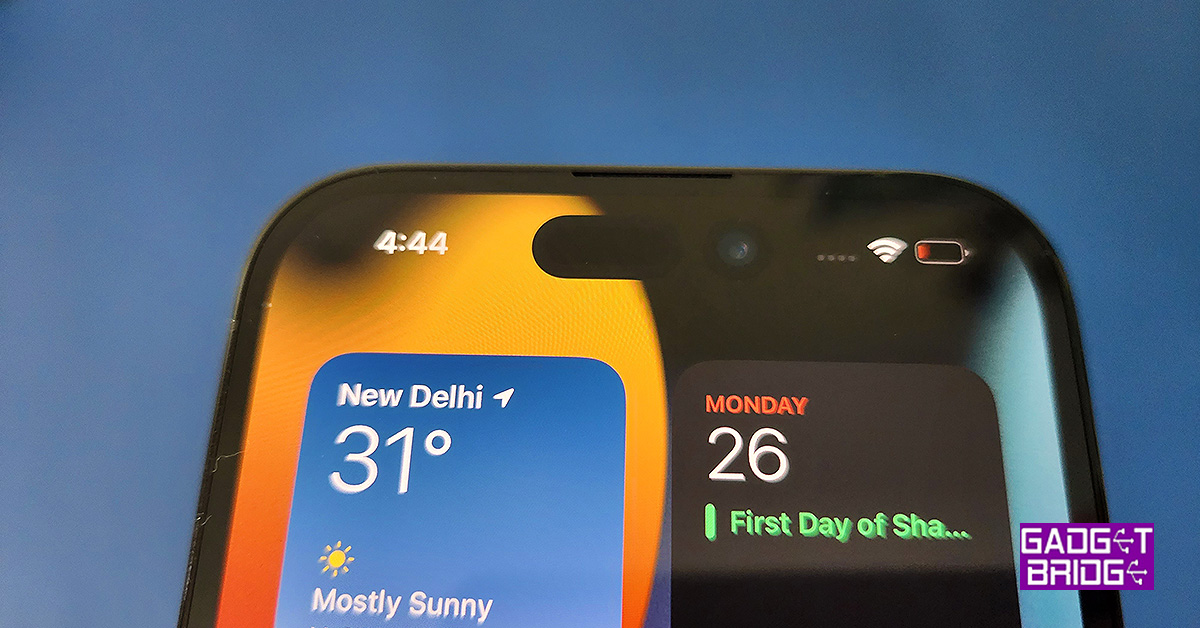 Coming back to the pill-shaped cut-out of the iPhone 14 Pro. It is called the dynamic island, which Apple uses to showcase multiple things. So, if you are playing a song while browsing on your home screen, the pill becomes large in a squarish format and shows what is being played. Apple has innovated the iOS 16 around it, so you get a seamless experience around the pill. Making it so much more than being just a camera/sensor cut-out. Compared to its Android counterparts, not one of them has thought about innovating around the camera/sensor cut-outs in this manner. 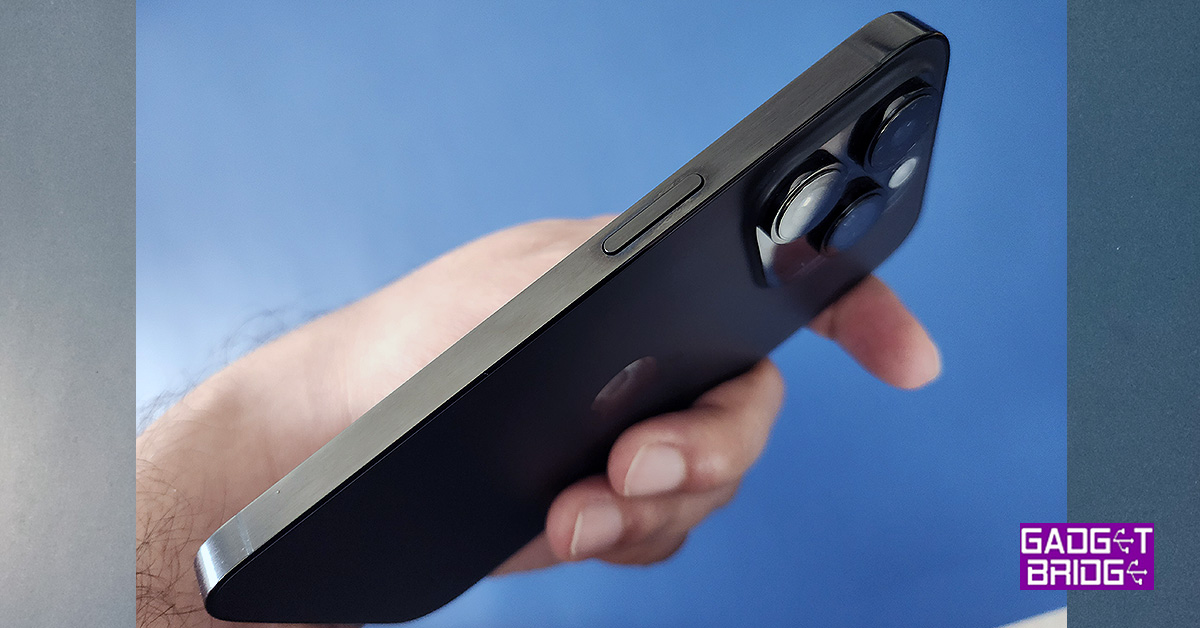 Further, the bezels of the iPhone 14 Pro are slightly slimmer and in the US models there are no SIM card slots, and you must use an ESIM (which is an interesting concept in itself). However, for India and other countries, the 5G SIM tray is still available under the ringer on/off and volume keys. 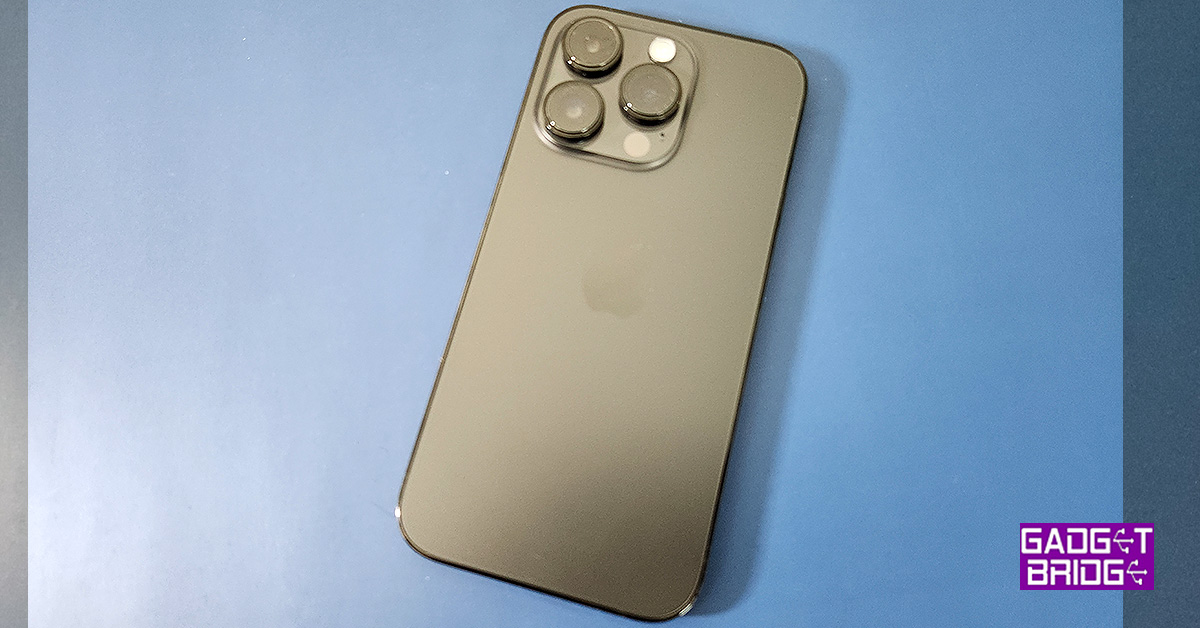 So, what has not changed in the iPhone 14 Pro? The rear. If you look at the Apple iPhone 14 Pro from the back it looks almost like the Apple iPhone 13 Pro. The same camera placement and an identical positioning of the logo, set within what seems like a replica of the last edition’s frame. Yes, the rear camera sensor bump is slightly larger, but you will only notice that if you look very closely. 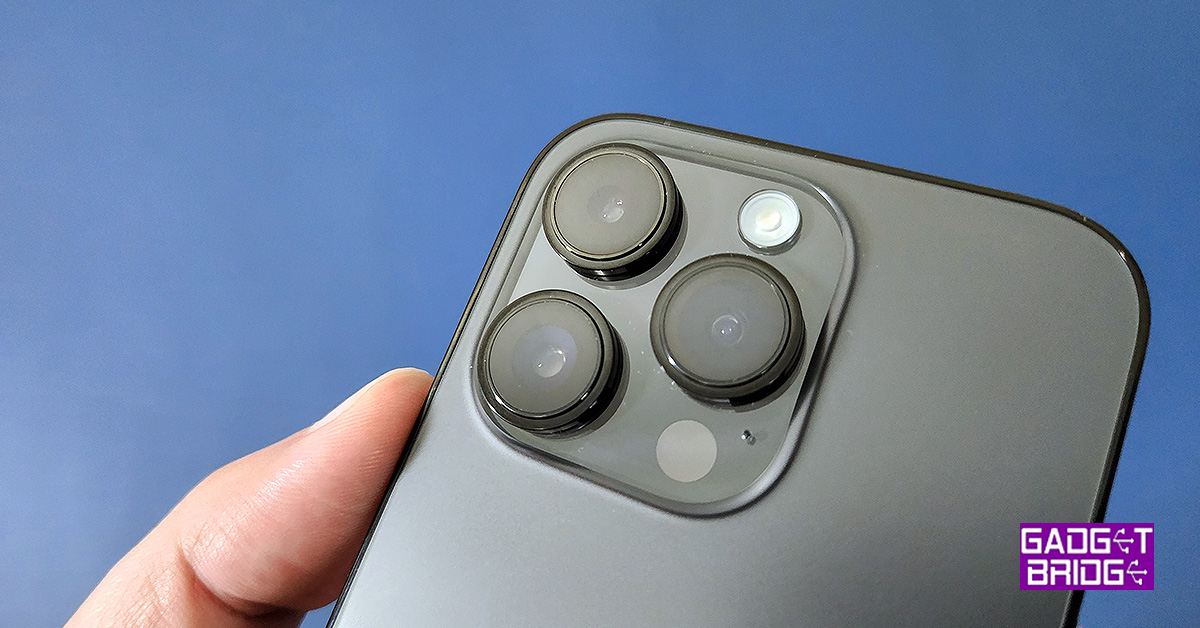 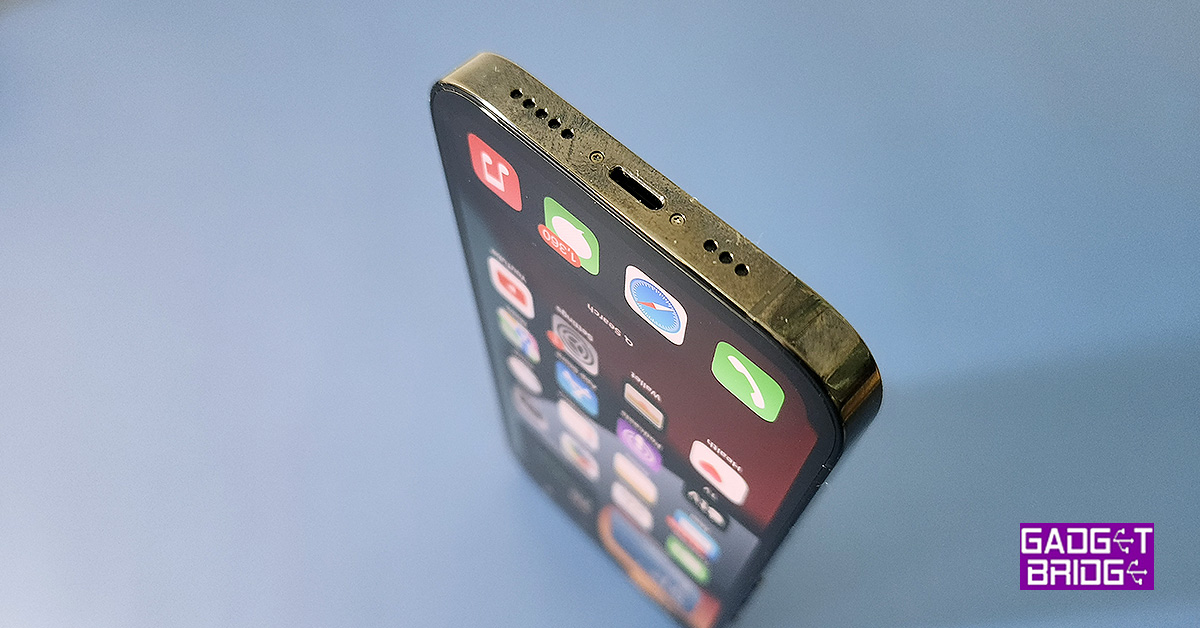 This is where the Apple iPhone 14 Pro truly excels, and a lot has been altered as well. For the first time, you are getting a 48MP quad-pixel sensor in the rear camera module. In our tests, it worked very well during the day and at night. The images came out crisp, with life-like colours and great details. There are two more cameras at the back, but those two still are 12MP. Fine detailing continues over from Apple iPhone 13 Pro on to the 14 Pro; 4K video can also be recorded at up to 60FPS and the colours here look stunning. The device also supports Dolby Vision HDR.

Under the hood, the Apple iPhone 14 Pro is quite impressive. Now you get an Apple A16 Bionic chipset supporting 6-cores and a 5-core GPU. Together they power the 6.1-inch super retina HDR display in FHD+ resolution. The screen has become brighter than before and supports up to 2,000 nits of peak brightness. This is excellent as now you can read everything clearly even under the direct sun.

Apart from that, the iOS 16 comes straight out of the box in the iPhone 14 Pro. This is the latest and the best operating system for iPhones by Apple. One feature we loved was the Always On display mode, which brings down the brightness to about 500 nits when not in use and you see important notifications, time, date and the rest, on it. That said, it does, however, use an extra bit of battery. The good news is that you can turn this feature off in the settings, if you want to save battery life. During our initial tests, we got almost a day of battery life, without the Always On display feature switched on.

It Can Save Your Life

Two new features added to the iPhone 14 Pro series are Crash Detection and Emergency SOS. What this means is that if you are in a car crash, your iPhone 14 Pro will sense that and call emergency services to get help to you quickly. The Emergency SOS via satellite right now is available only in the US and Canada and will be launched in Australia soon. This feature is great in case you are stranded in a place where there is no cell phone signal. Just point the phone towards the satellite (it shows on the screen, where to point) and you will be able to send an SMS to emergency services. We hope this feature will soon be available in India and other parts of the world, as it could save many lives.

Read Also: How to use Emergency SOS via Satellite on iPhone 14?

The Apple iPhone 14 Pro is available in four memory configurations—128GB, 256GB, 512GB and 1TB. The price starts at Rs 1,29,900 for the base variant, and you can trade in your old iPhone or an Android to get between Rs 22,000 to Rs 59,000 off. But is it worth buying? The answer is a definite yes. There are significant changes in the iPhone 14 Pro series, which you would love. A wonderful, new camera system, great new OS, dynamic island and upgraded internals are some of the many things that will lure you in. How do you like them apples?

- Advertisment -
If Aron Ralston (played by James Franco) in the movie 127 Hours had the new iPhone 14 Pro (with SOS features) with him, the movie would have had a very different ending. For one, he could have been saved without losing a limb. Apple...Apple iPhone 14 Pro review: The Game Changer