Is Motorola One Vision a worthy buy? 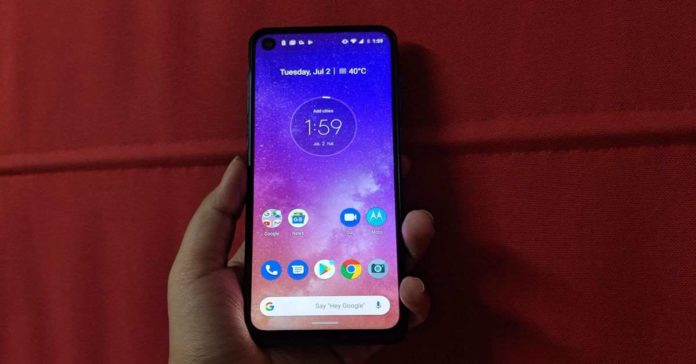 Motorola recently launched its One Vision smartphone in India that is priced at Rs 19,999. The Motorola One Vision comes with a 48MP primary camera and is a part of Google’s Android One program. The company has also worked to make its design different from its other devices. But, is the handset worth a buy? Read the rest of our Motorola One Vision review to find out:

Motorola One Vision design and display

Motorola One Vision is as different from other Motorola smartphones as it can get. It has a curved glass body and comes with rounded corners. It also has a gradient finish and is available in two colours: Bronze Gradient and Sapphire Gradient. Clubbed together, all these factors make it look extremely premium. The smartphone that we got for review was dressed in Sapphire and interestingly, we noticed some very thin lines on the back panel of the smartphone. The device’s colours are darker in the middle of the rear panel and they gradually grow lighter towards the borders. This is something that actually sets Motorola One Vision apart from other smartphones. 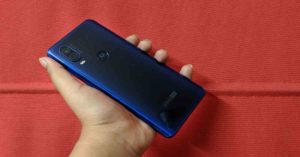 The back panel of the Motorola One Vision also comes with an Android One logo, a Motorola batwing logo, a dual rear camera setup module and an LED flash. Since it is made up of glass, the back panel of the handset is prone to catching those pesky fingerprint smudges. However, if you use the smartphone case that ships with the device, you would not face this problem. But then, we should mention that this would hide the good looks of the Motorola One Vision.

Another good aspect of the handset is that it is mostly nice to use with one hand. It was easy to reach all the keys on the smartphone. But it is the top of the display that is a little hard to access with just one hand, since it is a longer than usual phone.

While the body of the smartphone is made up of glass, the edges that outline it are plastic. The power and volume buttons are placed on the right edge and the SIM tray is placed on the left. The bottom edge has a USB Type C port, speaker grilles and a microphone. The top edge houses the 3.5mm headphone jack and the secondary microphone.

Flip over, and you will see the screen of the smartphone that has 21:9 aspect ratio and a hole-punch design. According to the company, the aspect ratio of the device is called the CinemaVision Display. And said that, it is perfect when it comes to watching videos on YouTube and Netflix. On the downside, the company has added an outline around the hole-punch design. This makes it look much bigger than it actually is and this, in a way, may hinder the video-watching experience.

But overall, we are really impressed with the design, the look and feel of the Motorola One Vision smartphone. It really stands out and the company has done something very different this time.

Coming to the 6.3-inch full-HD+ (1,080 x 2,520 pixels) IPS display, as we mentioned earlier, it comes with an aspect ratio of 21:9. With this aspect ratio, you will certainly enjoy watching videos in the landscape mode. Even though there is an outline around the punch-hole design that makes it look even bigger, it did not hinder our viewing experience. However, there will be those who will not agree with us. We really enjoyed watching movies and other videos on the handset. 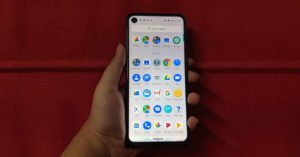 Considering that a lot of content on Netflix is now in 21:9 format, someone who uses their smartphone to watch it would not regret buying it. However, the same cannot be said for gaming as a lot of games still do not support the said aspect ratio. One may take a while to get used to playing games like this and certain adjustments may have to be made.

But if we specifically speak about the display of the device, the full HD+ screen is good in quality. The sunlight readability is not a problem and the viewing angles are consistent. However, the colours seem to be a little saturated. However, the images are strident and clear, and the video sharpness seems good on the display, too.

Overall, we would say that the display of the Motorola One Vision is another good aspect of the handset. You would not be disappointed if you like watching a lot of videos on your smartphone.

Motorola One Vision performance and cameras

Before we speak about the device’s performance, let’s talk about its specifications. Motorola One Vision runs Android 9.0 Pie and is a part of Google’s Android One program. This means that it will be receiving timely Android and security updates. Over that, it will offer a bloatware-free experience.

Powered by 2.2GHz octa-core Samsung Exynos 9609 SoC, the handset comes with 4GB of RAM and 128GB of internal storage. Users can install a microSD card of up to 512GB, if they feel that they need more storage. 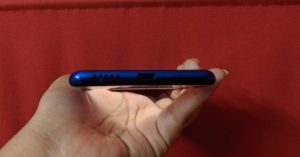 For imaging duties, Motorola One Vision houses a dual rear camera setup that consists of a 48MP primary sensor with OIS and a 5MP secondary lens. The device has a 25MP front-facing snapper that can be used to click selfies and make video calls.

Motorola One Vision houses a 3,500mAh battery that has support for TurboPower fast charging.

As we just mentioned, Motorola One Vision runs stock Android and it a part of the Android One program. This means that the device is guaranteed to receive the Android Q and Android R updates. The handset did not have any bloatware and during our time with it, we did not receive any spam-like notifications. It had a clean user interface and only had some basic apps installed. Motorola’s own Moto app lets users access Moto Actions and Moto Display. The Moto help app is also present on the device.

Motorola One Vision has support for some gestures. For instance, you can do a double chop gesture to turn on the flashlight and tap on the screen with your three fingers to take a screenshot. The device also has a ‘One Button Nav’ feature. Using this, you can go to the home screen with one single tap on the Home button. If you swipe upwards, it will open the multitasking interface. Swiping left will take you back and swiping right takes you to the app you were using earlier. Android Pie’s Digital Wellbeing feature is also present on the device. 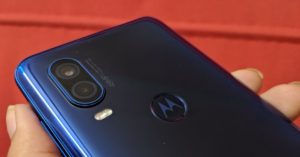 Coming to the performance of the smartphone, Samsung’s Exynos 9609 in the handset proves to be very capable of handling most tasks. We did not face any lag or stutter in basic day-to-day work. We even multi-tasked with our smartphone by using it for navigation and watching videos at the same time. But then, it survived it all. We played some very graphic-hungry games like Asphalt 9: Legends on the Motorola One Vision and the device handled it with ease. Even after prolonged usage, the handset did not heat up, which is a big plus considering that it has a glass body.

We even used the device for watching videos. As we mentioned in the Display section, the images were sharp and clear and the quality was great. Even the audio output matched up to it and made the video-watching experience really good.

The call quality of the Motorola One Vision was perfect. We had no trouble even making and receiving calls in areas like basements and elevators.

Coming to the cameras of the Motorola One Vision, the 48Mp primary sensor of the handset captures some really beautiful shots. The images showcased vibrant colours and came with a great number of details. Even when we transferred them to our laptop, they continued to look great. 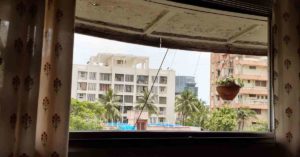 Like all other handsets with 48MP primary cameras, Motorola One Vision combines four pixels into one to give a 12MP resolution picture. There is no option of taking 48MP resolution images using the camera.

The shots taken in daylight turned out to be very vibrant. If you are someone who likes to see realistic colours, you may find them to be a little saturated, but then, it’s not very noticeable if you aren’t too picky about it. 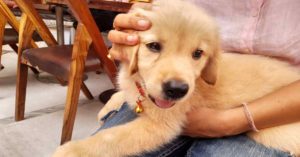 The macro shots taken using the handset were great too. The colours popped out really well and the image quality did not deteriorate. It also did not have any problem focusing on objects.

The low-light photography using the Night Vision mode was another big plus. We clicked images using the smartphone in areas that were hardly lit. But even then, its performance remained intact. The colours were still bright and the images still had details. We did not notice much noise even in such conditions. 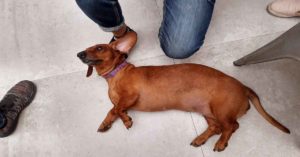 The 25MP selfie camera of the Motorola One Vision also did a very good job during our time with it. The performance of the sensor remains reliable regardless of the lighting conditions. Shots taken with the Portrait mode also turned out to be good and doesn’t overdo the bokeh mode.

The 3,500mAh battery of the smartphone can last an entire day with usage involving social media, web browsing, watching videos and navigation. However, we should mention that most of the handset’s rivals offer a bigger cell. The battery of Motorola One Vision runs out quickly while playing games and doing some heavy-duty tasks.

There are a number of things that make Motorola One Vision a good buy at Rs 19,999. It’s 21:9 display, the great camera performance and Stock Android experience are the major highlights of the device. It offers one of the best night photography in the sub-Rs 20,000 segment. The smartphone even proved itself to be capable with most day to day tasks.

Some downsides include battery draining quickly while doing some heavy-duty tasks like gaming and the rather too big hole-punch design on the screen. Samsung Galaxy A50, which directly competes with the smartphone, offers more sensors, a bigger battery and an in-display fingerprint scanner at the same price. But then, if these don’t make too much of a difference to you, you will be happy with the Motorola One Vision.