Nokia G21 review: Built and battery save the day

Is this budget smartphone the right one for you? 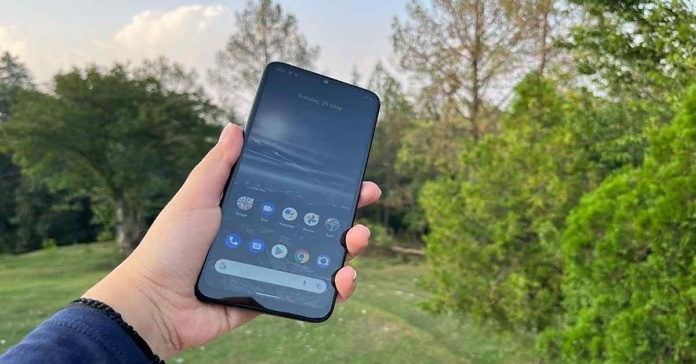 With triple rear cameras, a 50MP sensor, 5,050mAh battery (on paper), Nokia G21 sounds like a promising smartphone. But how does it perform? We spent a few days with the device and have shared all the pros and cons in our Nokia G21 review below, check it out:

It’s a good thing that we get to talk about the design of the Nokia G21 first. Even though the smartphone sports a plastic body, it comes with a sturdy build. For the price range, it also looks pretty good. The back panel of the device has a patterned texture that actually enhances the grip and ensures that the phone doesn’t catch any smudges.

It houses the camera module that has three lenses and an LED flash, and besides this, there is ‘Nokia‘ branding right in the centre of the back. In contrast to the back panel, the edges of the Nokia G21 are not textured and the corners are rounded. While the right edge comes with Volume Rocker keys and the Power button, the left one has the Google Assistant button and the SIM tray.

At the bottom, the Type-C port, speaker grill and microphone are placed, and the top edge houses the 3.5mm headphone jack and the secondary microphone. It is worth noticing that the Power button of the device also has the fingerprint scanner embedded on it. Nokia G21 is available in two colours – Nordic Blue and Dusk, and the one that we got for review was dressed in Blue. 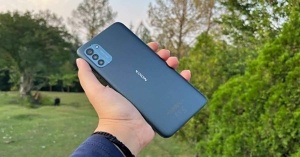 Flip it over, and you will see the 6.5-inch screen of the smartphone, which is outlined by a not-exactly-very-thin bezel and an even thicker chin. There is a waterdrop-shaped notch in the middle of the top edge of the display to house the selfie camera of the phone. The earpiece of the device is concealed between the top edge and the screen and is barely visible.

Coming to the 6.5-inch LCD, HD+ display of the Nokia G21 smartphone, it worked decently, but we expected something better than an HD+ resolution. Most other devices in this range do come with higher-resolution displays, so it isn’t like we are asking for a lot. Coming back to the screen of the Nokia G21, it comes with a refresh rate of 90Hz, which did make our usage seem smooth.

The colours showcased on the screen of the device were accurate and they stayed consistent at different viewing angles. The brightness of the display was decent too, but sunlight readability was a problem. The images showcased could have been sharper too, and this in turn meant an average video-watching experience on the likes of YouTube. In a nutshell, we would say that while the design of Nokia G21 impressed us, we don’t think that the display is among the smartphone’s best qualities.

Before we begin talking about the performance of the Nokia G21, let’s take a minute to discuss its specifications. The smartphone is powered by a 1.6GHz octa-core Unisoc T606 processor, clubbed with 4GB/6GB RAM and 64GB/128GB internal storage. It can also hold a microSD card of up to 512GB. The device runs Android 11 and houses a 5,050mAh battery. For imaging duties, there is a 50MP primary camera, a 2MP macro lens and a 2MP depth sensor, while the front panel has an 8MP selfie camera.

Now, coming to the performance, the Unisoc T606 processor does a good job with basic, day to day tasks. We opened and switched between multiple apps and tabs of Chrome, and never faced any lag or frame drops. Just don’t overdo the multitasking. Use it for listening to music and navigation simultaneously, but it’s best to not put two heavy tasks like navigation and gaming together. 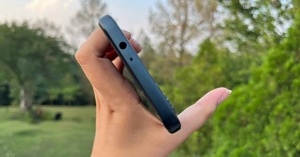 Speaking of gaming, we played a number of games on the device, while lighter ones like Alto’s Odyssey ran well, our experience with heavy-graphic ones like Asphalt 9: Legends could have been better.

The fingerprint scanner worked well and never failed to unlock our device. However, we faced one rather peculiar issue with our review unit – it took multiple attempts to read our SIM card. It went undetected by the phone the first 2-3 times we tried to put it on for some reason.

The 5,050mAh battery of the smartphone was definitely among the plus points. It gave us two days of juice on a single charge with usage that involved gaming, browsing the internet, watching videos, an active Instagram account, clicking pictures and more. However, some tasks – like Zoom meetings and gaming – drained the battery sooner than others. With the charger in the box, it takes almost 3 hours to charge the device completely, which is painfully slow in our opinion. 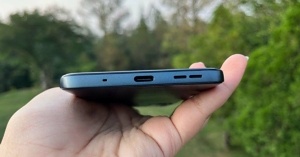 Finally, let’s talk about the cameras of the Nokia G21. During the day, in well- areas, the smartphone manages to take some good images that have ample brightness and the colours seem accurate too. However, in some shots that we took, the sharpness, as well as the details, were not as good as they could be, especially with a 50MP primary camera onboard. It also takes a while to focus with the device’s camera, particularly if the object is in motion. In shots that we took in dimly lit areas, the quality of the image falls further and there was some visible noise in the pictures we took. The other two cameras also did an average job at best. 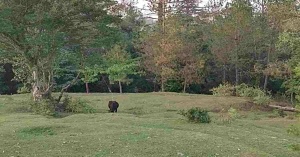 The macro camera managed to take some decent shots exclusively in well-lit areas, but we cannot say the same about the depth sensor. The 8MP selfie camera did a good job too, but don’t expect too much from it.

At a starting price of Rs 12,999, Nokia G21 makes a decent buy for first-time users and people graduating from feature phones. You can go for it if you are looking for a smartphone to do basic, everyday tasks with good battery life and sturdy built. If cameras or handling heavy usage are among your priorities, you should look at other options in the same range because there are plenty, else this one will serve you well.

- Advertisment -
With triple rear cameras, a 50MP sensor, 5,050mAh battery (on paper), Nokia G21 sounds like a promising smartphone. But how does it perform? We spent a few days with the device and have shared all the pros and cons in our Nokia G21 review...Nokia G21 review: Built and battery save the day