OnePlus 10 Pro Review: Is it the right investment?

So, is it worth the money? Let's find out in this review. 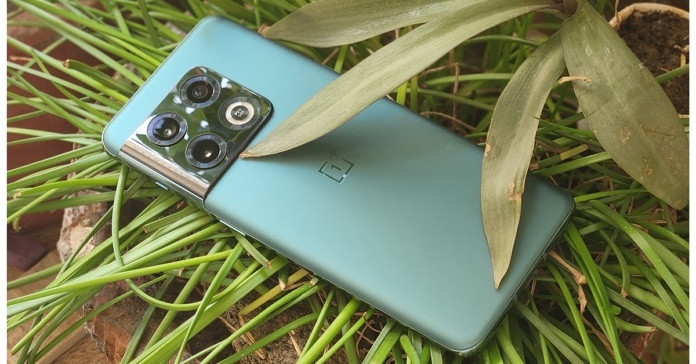 Hello everyone, we’re back with another review. Today, we’ll discuss the new OnePlus 10 Pro, which we’ve been testing for a few weeks now. OnePlus was previously extremely close to what Samsung and Apple flagships had to offer, but the Chinese manufacturer has rapidly become more expensive in recent years. The recent merger of OnePlus and Oppo has received a lot of backlash from fans.

But, we do feel many have been quite harsh on the OnePlus 10 Pro, so let’s take a look at it from a different angle. We had a fantastic time with this phone, although it is just a step behind the iPhone 13 or the Samsung S22 Ultra. So, is it worth the money? Let’s find out in this review.

First and foremost, this form factor is one of our favourites. It is not overly large, and the weight and size are both ideal. The feel of this phone in your hands is excellent. Furthermore, the OnePlus 10 Pro is quite thin. The lack of an IP68 rating is the one item that has kept us up at night during our testing. So we had to be extra cautious every time we went outdoors, which we shouldn’t have to be if we’re buying a flagship phone that costs Rs 66,999. So, in our opinion, including the IP68 classification could have been a wonderful decision. 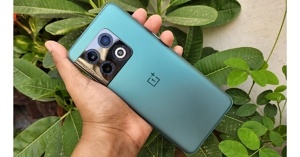 The Emerald Forest has a super soft material on the back, which we were able to get our hands-on. The phone is now fingerprint resistant, which was not possible with its predecessor. The new camera model design seems to be inspired by Samsung. Like the contour cut on the Galaxy S22, the entire array flows into the frame flawlessly. 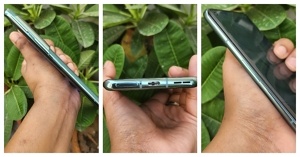 The camera module is made of ceramic, and it’s both robust and attractive. The alert slider has been a hallmark of OnePlus phones, and it’s still as helpful as ever. 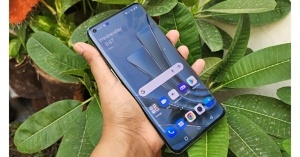 A 6.7-inch QHD+ curved LTPO display with a resolution of 1,440×3,216 pixels and a 20.1:9 aspect ratio distinguishes the OnePlus 10 Pro. A dynamic refresh rate of 1Hz to 120Hz is also available on the screen. The display boasts a peak brightness of 1,300 nits and strides in with always-on mode. It is protected by a Corning Gorilla Glass Victus panel. The fingerprint sensor built into the touchscreen is quick and responsive. When there was enough ambient light, face recognition worked well, but it struggled in low-light circumstances.

Additional storage or a headphone jack is not available. On the OnePlus 10 Pro, two nano-SIMs can be utilised.

The good news is that it’s undeniably top-notch, and you’ll love it. Despite the fact that this is the same display panel as the OnePlus 9 Pro. This time, however, it is a little more refined. The fingerprint sensor is in the ideal location, and the haptics are among the greatest on a smartphone. 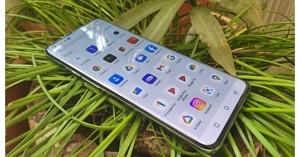 We admire how the OnePlus fine-tuned it by paying attention to the smallest of details. When you scroll through the multitasking tiles, for example, there is subtle vibration feedback that creates a unique sensation. The audio quality is also better here, and we’ve had a lot of fun viewing movies and TV shows on this phone. However, we believe there is still potential for improvement in terms of audio, particularly in terms of bass and treble. But, if you are not an audiophile, you will probably not have many complaints.

In terms of performance the OnePlus 10 Pro is armed with Snapdragon 8 Gen 1 SoC, up to 12GB of LPDDR5 RAM, and 256GB of UFS 3.1 storage. This is a pretty quick phone to use, whether you’re looking for something simple or want to play games.

Moving on, day-to-day contact with the OnePlus 10 Pro is also impressive. Everything seems fluid, and the typing experience is precise. Yes, the curved display may be susceptible to accidental touches, but we did not find this to be an issue. However, if you live in a very hot region where the temperature regularly exceeds 40 degrees, this phone may become extremely warm very quickly, even if you are performing routine tasks, particularly when the camera app is active.

In Delhi, the phone became extremely hot on a regular basis, and the device became excessively hot at times due to the outside temperature of over 46 degrees. As a result, even during intense gaming sessions like Asphalt, you should expect a heating issue. For example, after 20 minutes of gameplay, the smartphone becomes rather hot, lowering the average frame rate.

Popular games like COD Battlegrounds, on the other hand, run smoothly at 60 frames per second when the temperature isn’t too high. Of course, it becomes warm around the camera module, but the frame rate remained consistent throughout our gaming session, indicating no throttling. Our Tip, keep the A/c on if you are living in a hot area when gaming.

Because the display is set to QHD resolution, it has a significant impact on battery life and thermals because the chipset is under a lot of strain. The phone could only manage about 5 hours of screen on time at the default resolution, but that number doubled when we dropped down to full HD quality.

The OnePlus 10 Pro’s battery life isn’t the greatest, but it does come with a 5,000mAh battery that can be quickly recharged with the included 80W charger This is an excellent thing because other flagship phones, such as the iPhone 13 and Samsung S22, don’t come with a charger. It doesn’t take long to charge the phone. It took about 45 minutes to charge to 100 percent using the included charger, which is incredible.

OxygenOS 12.1 is installed on the OnePlus 10 Pro 5G, which is based on Android 12. You get a bit of bloatware experience, as it comes with a few pre-installed programmes that thankfully can be easily removed. OnePlus says that the OnePlus 10 Pro 5G will receive three years of Android OS upgrades and four years of security patches. This means it can be your partner for a very long time. 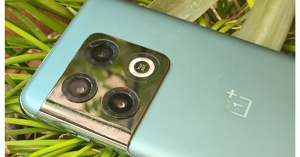 Moving on to the cameras, which are another important feature of the OnePlus 10 Pro. For photographs and videos, the OnePlus 10 Pro has a Hasselblad-branded triple rear camera array, which features a 48-megapixel Sony IMX789 primary sensor with f/1.8 aperture and optical image stabilisation (OIS). A 50-megapixel Samsung ISOCELL JN1 ultra-wide sensor with an f/2.2 aperture and an 8-megapixel telephoto lens with OIS are also included in the camera combination. The smartphone’s camera offers a 3.3x optical zoom feature. It can also capture video at 24 frames per second in up to 8K resolution.

Whereas Samsung and Apple have made significant advancements in camera technology, OnePlus is still taking incremental advances in computational photography. We compared its camera to the Galaxy S22+ and found that Samsung’s photographs were more attractive and consistent, with better dynamic range and highlight handling, virtually every time. It’s the same with portraits and selfies, where OnePlus’ shots aren’t necessarily poor, but they are a step behind Samsung’s. But that does not mean they are bad, maybe a future software update can make these even better.

During the day, the ultra-wide camera recorded excellent details and vibrant colours with high HDR resolution. The primary lens captures a great deal of detail with true colours during the day.

The telephoto lens, on the other hand, takes crisp, detailed images up to a 10X zoom, after which image quality declines (as you zoom in further). 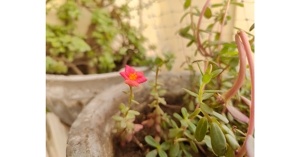 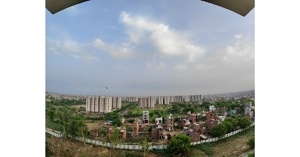 In our opinion, OnePlus needs to put in a lot more effort if it wants to remain competitive. We’re not only talking about photography here; we’re also talking about videography. On a flagship phone, you can’t shoot 4K selfie videos, which is a given its competition is providing. Also, there’s no 4K60fps option onboard, which is unusual for such high-end equipment at such a high price.

So, after going through everything in this OnePlus 10 Pro review, it’s easy to conclude that the OnePlus 10 Pro seems to be a hasty upgrade. The team could have done so much more as we have seen them doing year after year. Maybe these are teething issues as the merger with Oppo has been done. . But on the brighter side, the OnePlus 10 Pro 5G features a larger battery that charges rather quickly, an AMOLED display, a better selfie camera, and a more attractive appearance. Also, you get the faster charger in the box, which the competition is not giving. They just need to take care of the heating issue and the camera’s frame rate. It is a decent buy at this price point but has the potential to be great.

- Advertisment -
Hello everyone, we're back with another review. Today, we'll discuss the new OnePlus 10 Pro, which we've been testing for a few weeks now. OnePlus was previously extremely close to what Samsung and Apple flagships had to offer, but the Chinese manufacturer has rapidly...OnePlus 10 Pro Review: Is it the right investment?