Is it worthwhile to spend money on Samsung Galaxy S22+? 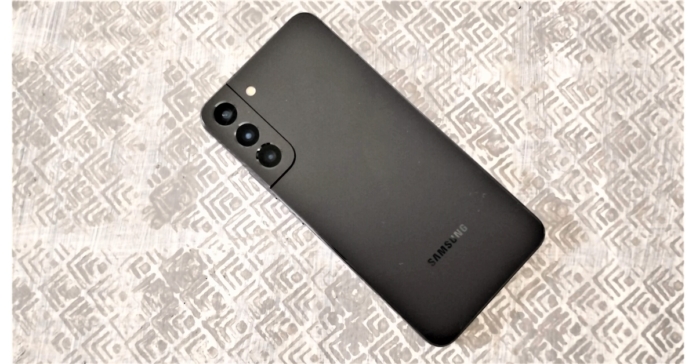 Samsung recently unveiled the Galaxy S22 Series. The Samsung Galaxy S22 Series Ultra variant is receiving the most praise of the three models, as the Galaxy Note Series is now officially dead, and it’s up to the Ultra to continue the Note tradition. While the Galaxy S22+ has been overshadowed by the Ultra, which has undergone a complete redesign, the S22+ is a worthy upgrade over its predecessor. We’ve had the S22+ for over a month and will be sharing our impressions as well as determining whether it’s a device worth considering. You can read more about our experiences with the device in our Samsung Galaxy S22+ review.

First and foremost, let’s talk about the design. The design of the Galaxy S22+ is similar to that of the Galaxy S21+. However, appearances can be deceiving, as there are minor differences in the smartphone’s build and design. Let us show you how. The hands-on feel of the device is pretty good. Samsung has opted for a more boxy form factor with rounded corners this time around, abandoning the classic curve design. 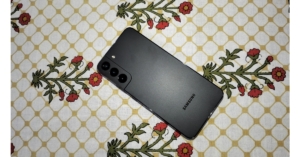 The squared design aids grip greatly, but the edges are a little sharp, so it isn’t always the most comfortable. We wish Samsung had provided a more seamless feel to the phone. The phone is a little shorter and thinner, but wider than the S21+. In India, the phone comes in three colours. Phantom Black, Phantom Green, and Phantom White are three different types of Phantoms. 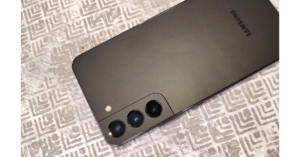 The rear camera module is kept in a stylish contour cut design that blends in nicely with the rest of the phone. On the front, there are symmetrical slim bezels on both sides, as well as a flat display with a punch hole for the selfie camera. Because the phone is also quite slippery, it is difficult to hold in one hand, so a case is recommended for added protection against mishaps.

The back panel has a silky matte texture and Corning Gorilla Glass Victus+ protection on both the front and back, making it fingerprint and smudge resistant. The phone has armoured aluminium frames on the sides that add heft, but the company chose a smaller battery that reduces the phone’s weight to 195gms. Overall, the phone is just the right size, as it is neither too small nor too large. IP68 dust and water resistance is included, as well as stereo speakers.

Samsung’s Galaxy S-Series is the most expensive smartphone line, and the company’s flagships always have the best display. A 6.6-inch full-HD+ Dynamic AMOLED 2X display and Samsung’s Eye Comfort Shield for blue light management distinguish the Samsung Galaxy S22+. There’s also an adaptive refresh rate of 120Hz that can be reduced to 48Hz and a peak brightness of 1,750 nits, so you won’t have any problems seeing it in bright sunlight. 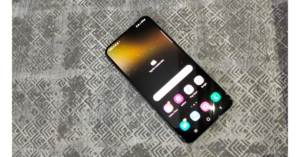 The display is crisp, and the colour reproduction is excellent, with perfect contrast for deeper blacks and brighter whites. The contrast and colour saturations are well adjusted in both dark and bright environments thanks to the availability of the vision booster. HDR10, HDR10+, and HLG are all supported by the display. Surprisingly, Dolby Vision isn’t supported, but the S22+ has Widewinde L1 certification, so the viewing experience is excellent and it’s a pleasure to consume content on this phone.

On the side of the screen, there’s an ultrasonic fingerprint sensor that’s quick and accurate. With strong vibrations, the haptics are excellent. Unlike the S22 Ultra, which has an LTPS panel, there is a presence of variable refresh rate. 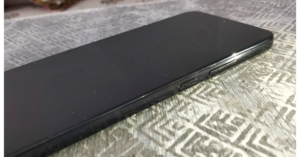 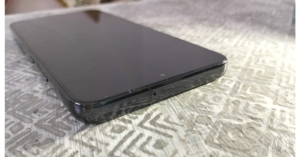 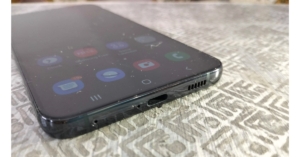 Qualcomm’s latest Snapdragon 8 Gen 1 SoC underpins the S22+ performance. Previously, Exynos models were only available in India, but this time the company has broken with tradition by offering the Snapdragon variant. Qualcomm’s latest chipset, based on a 4nm process, is one of the most premium SoCs for flagships, providing superior and stable performance.

The chipset also includes a modem and can support up to 12GB of RAM and 256GB of internal storage. For this review, we received the 128GB model. Unfortunately, there is no MicroSD card slot for storage expansion. The device, on the other hand, is quick to respond and capable of handling anything you throw at it, including the most demanding games and multitasking.

We played games like Asphalt 9 and Call of Duty Mobile when it came to the gaming side of things. Despite being a flagship phone, the device becomes extremely warm after a few minutes of gaming or when performing intensive tasks. Even in the highest settings, this was apparent. The sampling rate for touch was also excellent and responsive. Aside from that, the phone’s performance is quite good, with no lags or micro stutters in the animations and multitasking being a breeze. However, even while recording videos, we experienced jitters when changing camera lenses. To be honest, this phone’s cooling system isn’t as effective as we thought it to be. 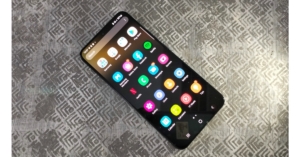 In terms of software, the device comes pre-installed with Android 12 and Samsung’s OneUI 4.1 interface. The UI is simple and fresh, and it’s still one of our favourite Android skins. The phone comes with some pre-installed apps. In addition, the company has promised four years of OS upgrades and five years of security updates, which is fantastic. The well-liked UI’s entire theme is based on the wallpaper you select and is well-executed. While switching from one app to another, the adaptive refresh rate works flawlessly.

Now, let’s talk about optics. Compared to the previous generation, Samsung has made a number of changes in the camera department. A 12MP ultra-wide-angle camera (f/2.2 aperture lens and 120-degree FoV), a 50MP main Dual Pixel autofocus wide-angle sensor (f/1.8 aperture lens with autofocus), and a 10MP telephoto sensor (f/2.4 aperture, 3x optical zoom, and OIS) are all found on the back of the S22+. The smartphone’s 10MP selfie camera has an f/2.2 aperture and an 80-degree field of vision.

In daylight, the primary sensor can capture bright, detailed photos with punchy saturated colours. The shadow processing has been improved, and the detail levels have also been raised. The images appear more appealing and natural because the colour tones are slightly warmer.

The dynamic range of the camera is excellent. Similarly, the ultra-wide images have a lot of detail, better shadows, and better colour tones. For portraits, the telephoto lens has a 3X optical zoom, and the images are stunning, with a well-focused subject and plenty of details. However, we discovered that it struggled to process shadow in some situations.

We also noticed that the nighttime pictures of the S22+ were sharper, brighter, and less noisy. While the phone’s night mode does a good job of reducing noise while maintaining nice details and exposure control if you keep your hands steady.

We even noticed a yellowish tint in the selfies, but the contrast is much more balanced. Selfies are captured in great detail thanks to the 10MP camera. Nighttime selfies, on the other hand, are softer and noisier. 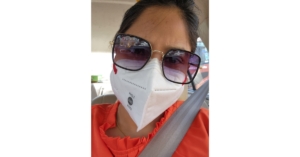 The Galaxy S22+ has good video stabilisation and can shoot videos in up to [email protected] [email protected] footage, on the other hand, was found to be more stable from both the front and back cameras. So, if you’re into vlogging, this is undoubtedly one of the best options available.

Given its smaller battery capacity (4,500mAh) and power-hungry processor, the S22 +’s battery life hasn’t been particularly impressive. Under heavy use, the battery can last for less than an entire day on a single charge, and you’ll need to recharge it before going to bed. However, the S22+ supports up to 45W charging, which appears to be an improvement over the previous generation’s 25W charging. It can go from zero to 100 percent in exactly one hour using a 25W charger that was lying around (yes, there is no charger in the box).

We had a lot of fun with the Samsung Galaxy S22+, and we recommend it at Rs 84,999. This is a fantastic device for someone who wants a flagship Samsung phone but doesn’t want to spend a lot of money and doesn’t use the S Pen. For those people, the S22+ checks almost every box and does a fantastic job with the fundamentals. It has a fantastic design, a stunning display, and fantastic cameras, to name a few features. However, we believe Samsung could have made this phone even better, but they are concentrating their efforts on the more expensive S22 Ultra.