Whether it is the design, display, cameras or performance quality, the all-new OnePlus Nord CE 2 excels in all spheres. 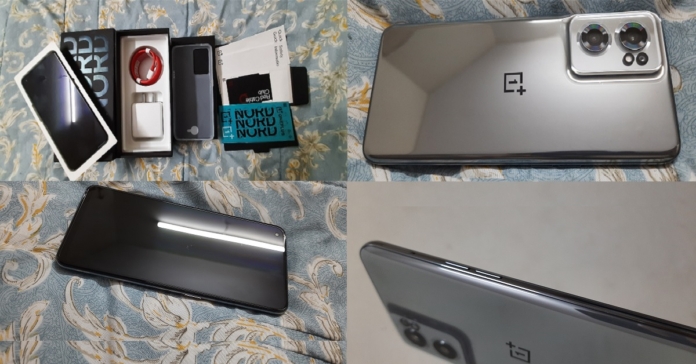 Hey, all OnePlus fans! The latest smartphone model from the brand, i.e., the all-new OnePlus Nord CE 2 5G is finally here. And we know your excitement levels must be touching the sky. We wore our sherlock hats and took our magnifying glasses out to carefully inspect the device inside out, for is it worth spending some bucks on it or not. So without wasting any further time, we provide below a detailed review of the brand-new OnePlus Nord CE 2 smartphone, covering everything ranging from its packaging to its performance. So that you don’t have to put in extra time, energy and resources to decide upon making that investment, we are always here to help you.

The mirror grey coloured Oneplus Nord CE2 comes sitting inside a comparatively large black coloured packaging with the shiny blue coloured ‘NORD’ engraving on top. Even holding the huge brand-new package gives you thrills, doesn’t it? Knowing your favourite new smartphone is resting on its inside along with the additional contents in the package that you’re about to reveal fills you with a unique kind of excitement. 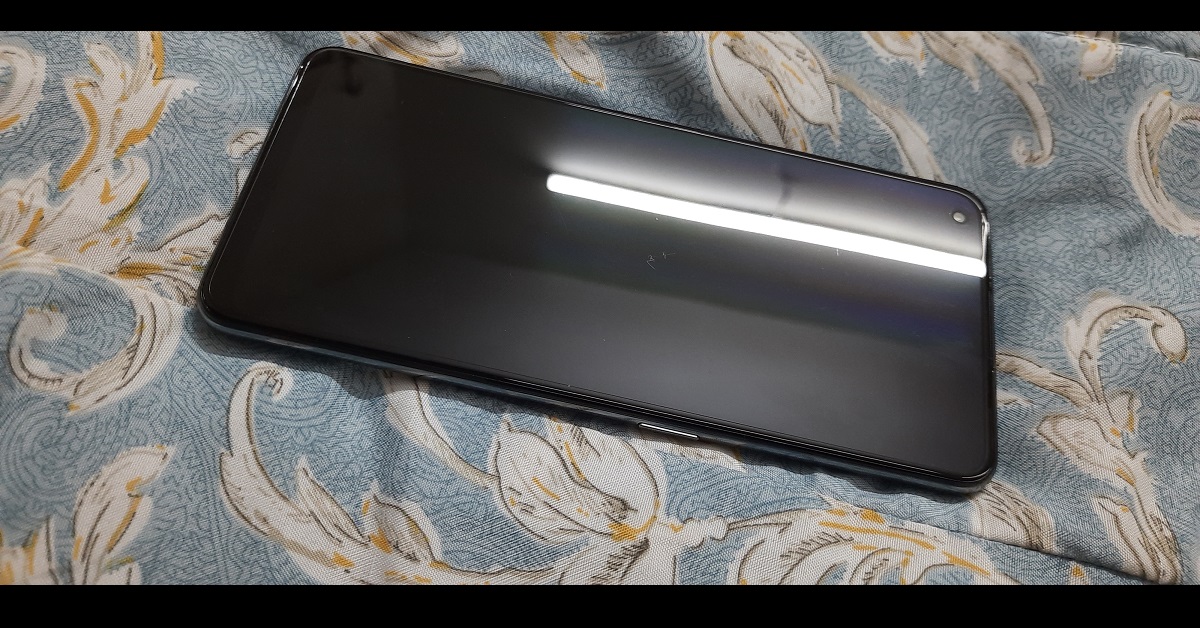 Of course, the first thing you will see upon opening the package is its shiny black AMOLED 90Hz display which is protected by Corning Gorilla Glass 5. The display size is 6.43-inches with an 84.9% screen-to-body ratio. What might come to one’s surprise is the position of its front camera, which instead of being in the centre top lies in the top left corner of the display. Upon holding the smartphone, you will feel it’s lightweight and will notice the shiny silver coloured metallic frame running on all 4 of its sides. 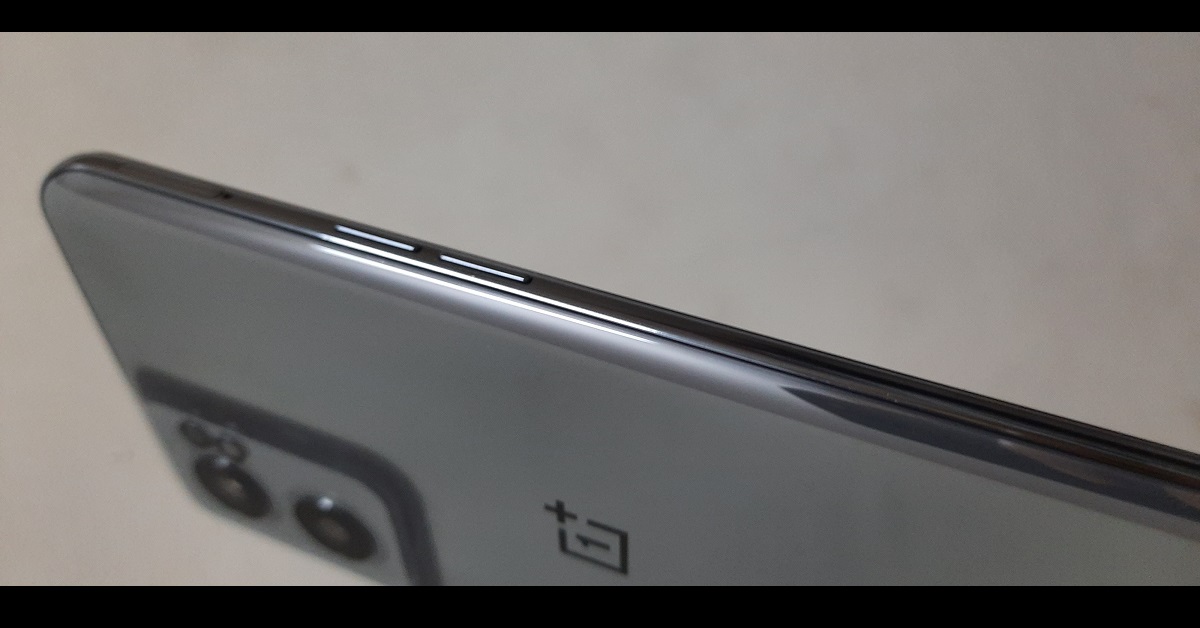 On the right side of the new OnePlus Nord CE 2 lies its power button while the volume button, as well as the SIM Card tray, lies on its left. At its bottom are positioned one C-Type USB port, a headphone jack and the speaker system. Flip it over and you’ll see your own clear reflection in its shiny metallic grey mirror glass cover. It will definitely make you fall in love with its design. Its mirror glass cover gives it a super stylish and elite look, the kind that turns eyeballs during a party at night. Also on its back, you will observe its triple camera system on the top left corner, placed on a raised glass platform in its body colour. 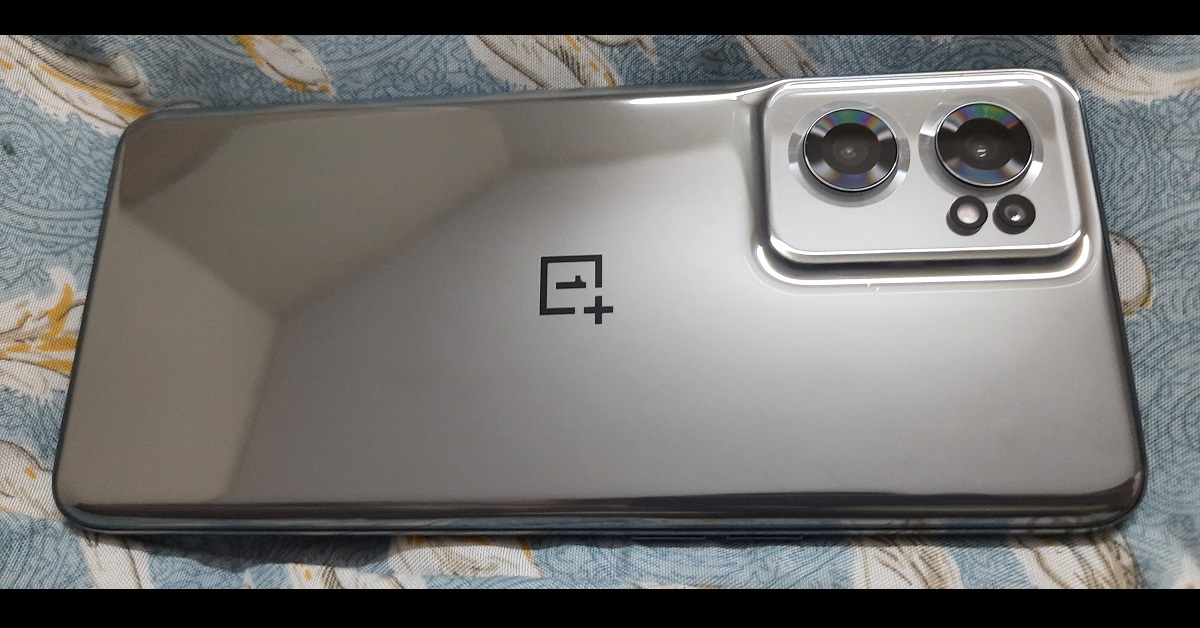 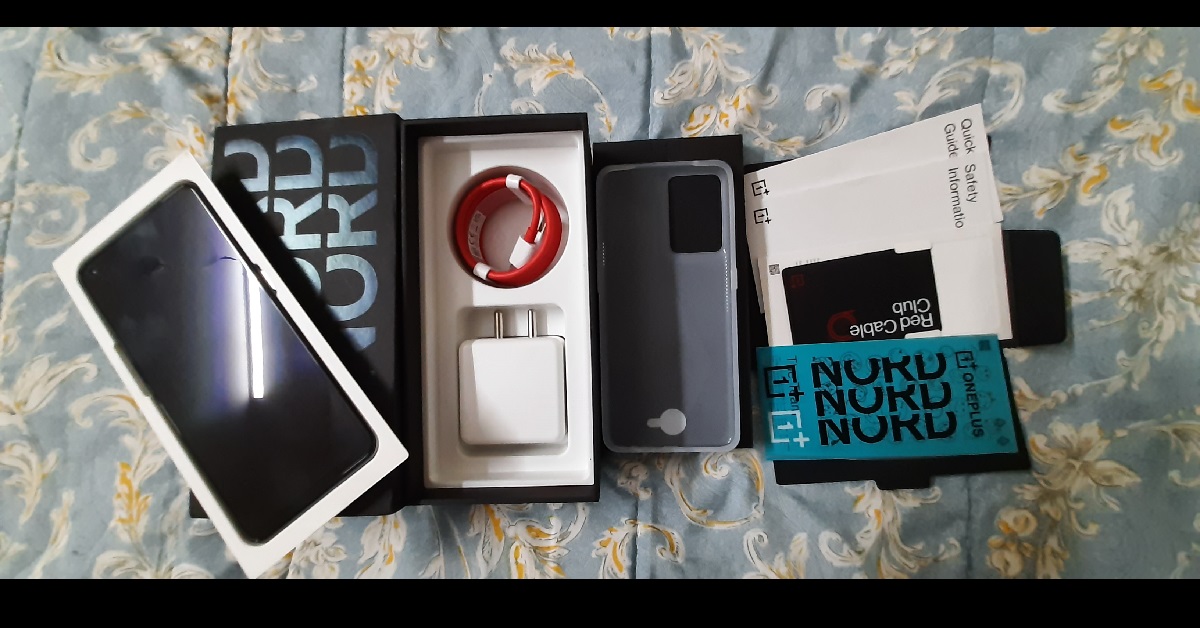 The OnePlus Nord CE 2 5G package that gets delivered to you is assembled such that it will make you feel that you will be taken good care of. Along with the smartphone comes its 65W classic white coloured OnePlus adapter along with a neatly bundled red coloured USB to C-Type cable cord. Apart from this, you get a transparent rubber back cover, a Red Cable Club membership card offering additional benefits that can be availed from OnePlus, a quick-start guide, a safety information booklet and even a welcoming card on the brand’s behalf. It is indeed the little things that matter! 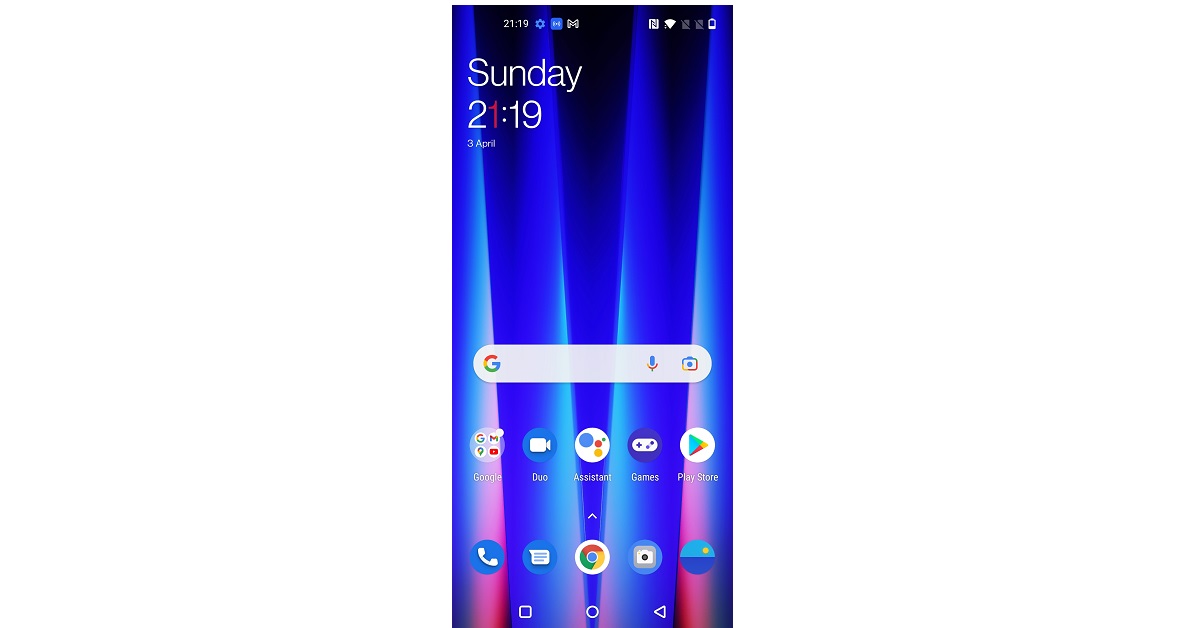 Upon bringing the smartphone to life, you will notice that it has an in-display fingerprint sensor, touching which gives you the feel as if you’re touching a ball of energy that might open a portal into the future. Its AMOLED display, having a screen resolution of 1,080 x 2,400 pixels with 409ppi density, brings a big wide smile to your face due to its vast and dynamic colour range that is a visual treat for the eyes.

While streaming videos and during gaming, the display appears fluid, quite bright, well lit with perfect saturation and a great contrast in colours, even with less than 50% screen brightness setting. However, when taken in bright sunlight, not less than 80% to 100% brightness will be required for the screen to be visible comfortably.

Overall, the OnePlus Nord CE 2 has an ultimate sleek and stylish design and an efficient fluid display, perfect for taking to a party at night, making you look elite as a personality.

Speaking of the OnePlus Nord CE 2 specs, it has a Mediatek Dimensity 900 5G Octa-core processor built on MediaTek MT6877 chipset and a Mali G-68 MC4 GPU. However, where one expects Android 12 to be offered, the OnePlus Nord CE 2 instead comes preinstalled with Android 11 Oxygen OS 11. It is a Dual SIM smartphone and supports 5G network technology. It is offered with 128GB storage capacity paired with an optional 6GB or 8GB RAM. The smartphone has a 4,500mAh battery, which gets drained fast in about a day upon extensive usage while it may last more than a day upon mediocre usage. The model supports Wi-Fi, Bluetooth 5.2 technology as well as fast charging. 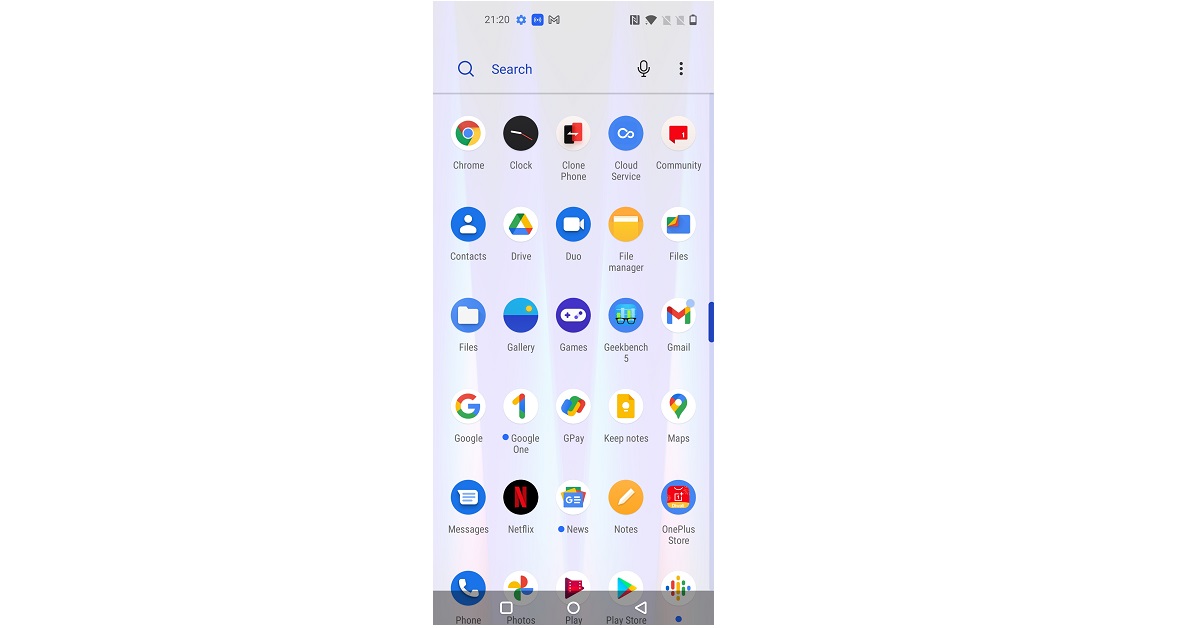 You will find the functioning of the operating system to be quite smooth and does not hang upon the usage of multiple applications. Streaming the latest movies and TV shows on Netflix appeared seamless on the brand-new smartphone. The OnePlus Nord CE 2 does not have a stereo speaker system. Although the sound quality offered is loud enough to compensate for the absence, one still misses the comfort of audio coming from both ends of the smartphone while streaming. 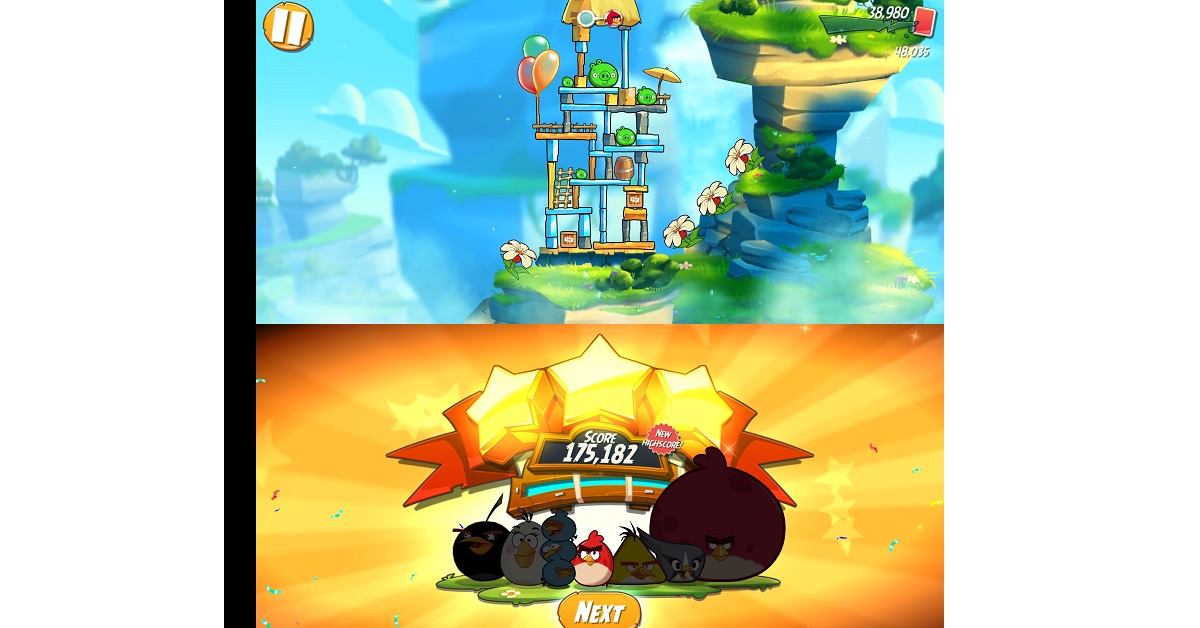 On playing Angry Birds 2, the gaming graphics gave a fine and bright colour range with high contrast whereas the movements and reflexes were also fluid and swift in nature. The smart screen touch was soft and fluid throughout. The smartphone does not get heated up easily, even after hours of streaming videos and playing games in comparatively hot weather. 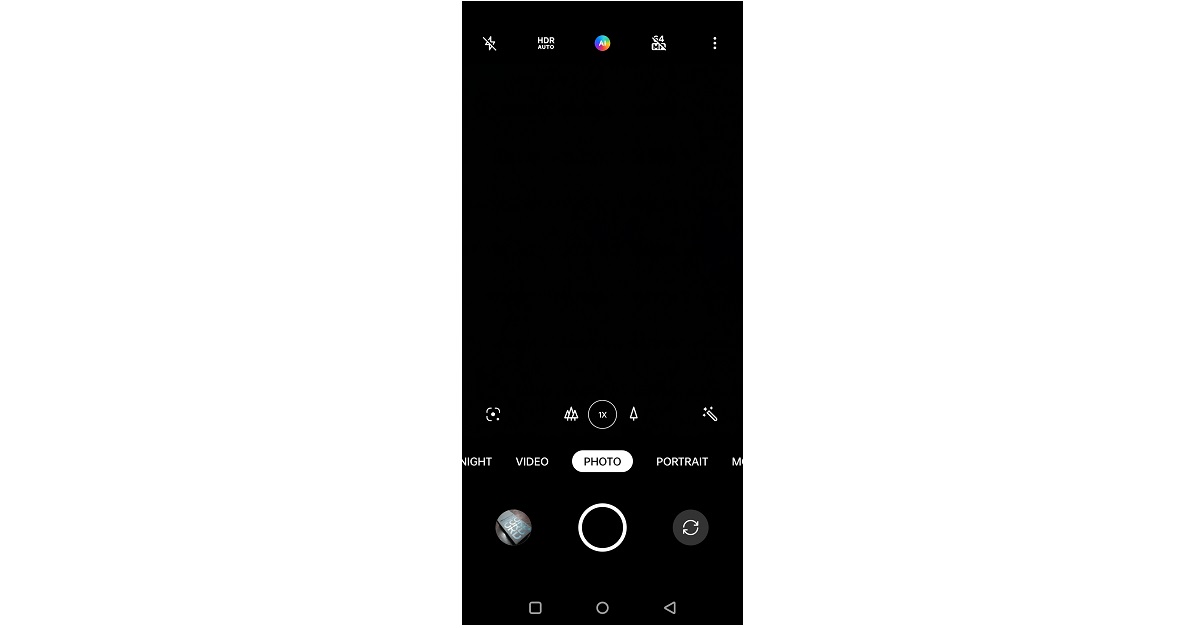 Moving to the camera review of the OnePlus Nord CE 2, it offers a 64MP(main)+ 8MP(ultrawide)+ 2MP(Macro) triple camera system on its rear and a 16MP selfie camera. It has 3 zoom modes, a 0.6x, 1x and 2x zoom. However, you may notice the quality of the image reduces drastically via the 0.6x zoom, especially in terms of sharpness and colour grading. 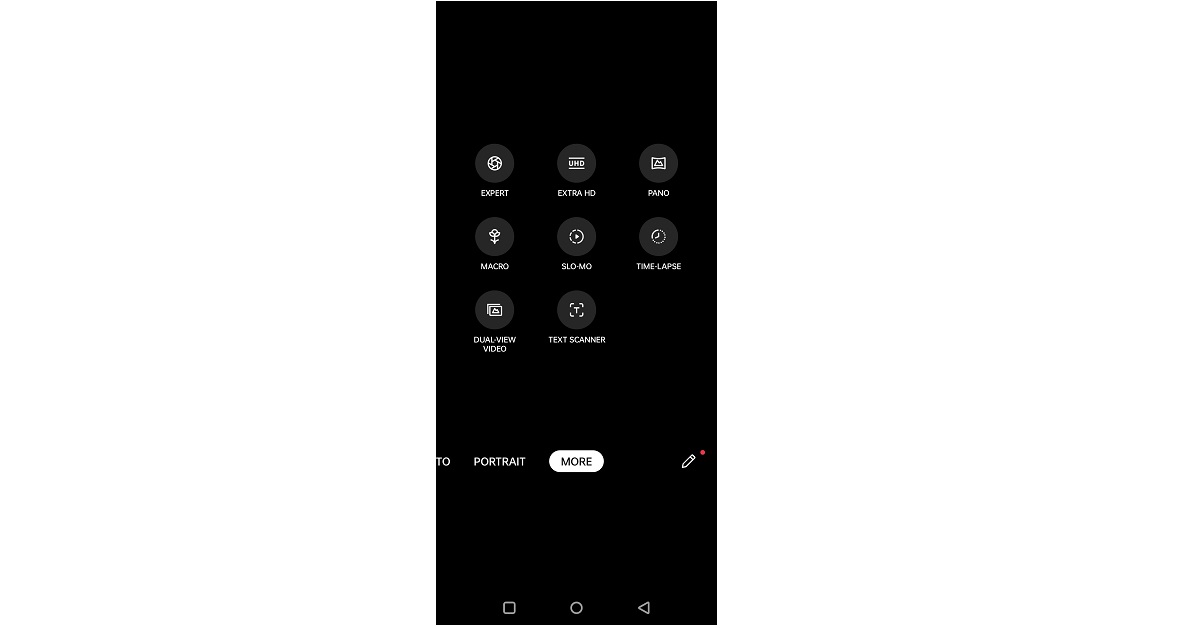 Videos can be recorded from the rear camera in various combinations of frame rates and resolutions, including 4K with 30fps, 1080p and 720p with both 30fps and 60fps. From the selfie camera, videos can be recorded in up to 1080p with both 30fps and 60fps frame rate options. The rear camera video recording mode appeared slightly grainy in the frame, as compared to the selfie camera video mode, which appeared a bit softer yet clearer.

Among its next level features include the provision of a range of presets or filters as well as beautification tools to adjust your skin texture, cheeks, chin and much more, all in real-time. The selfie camera of the OnePlus Nord CE 2 works absolutely amazing and applies beautification automatically, making you glow more in your selfies. The colours appear much brighter and the textures appear a lot softer in the selfie camera.

Speaking of the rear camera, in-frame colours and textures appear sharper with a more balanced brightness, higher saturation and contrast as compared to the selfie camera. The night mode from the rear camera does an amazing job at brightening up even the extremely low light captures, but only at the cost of their sharpness, clarity and contrast quality.

Its AI scene enhancement mode for capturing photos from the rear camera detects your in-frame conditions and automatically adjusts factors like individual colour saturation, etc. in order to enhance the image quality. For example, it will be able to detect whether the in-frame objects are plants and greenery, and thus will automatically give a boost to the greens within the image.

Similarly, it is able to detect whether the scene is indoors or night mode is required. It also is able to detect if any text is being pulled up within the frame, and offers to recognise the same through the inbuilt text scanner. Its UHD mode for the rear camera produces the finest quality images with great contrast, higher saturation levels, increased sharpness, clarity, detailings with enhanced colour grading. 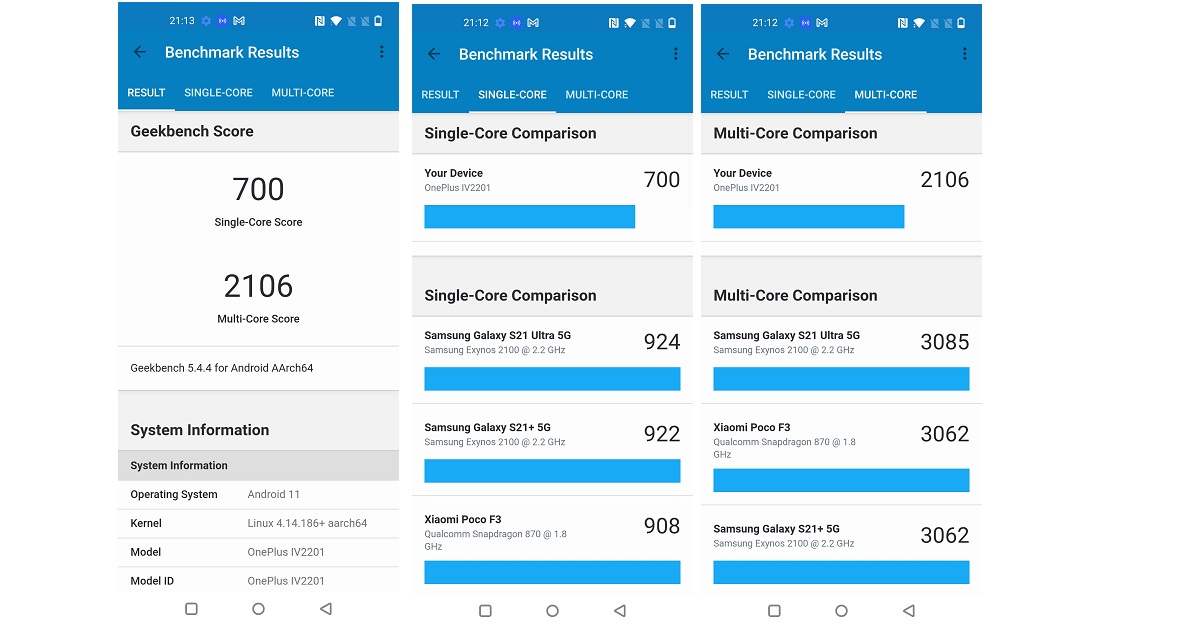 The Geekbench 5 CPU benchmarking test gives OnePlus Nord CE 2 5G a single-core score of 700 and a multi-core score of 2,106, with only some smartphones like the Samsung Galaxy S21 Ultra and Xiaomi Poco F3 beating it. Overall, its pros seem to outweigh its cons.

And honestly, the price range within which all of its super amazing features come in is totally unbelievable. The OnePlus Nord CE 2 price in India lies in the range of Rs 23k to 25k. Hence, we strongly recommend everyone (who is looking for a good smartphone within that budget) to go ahead and invest in this smartphone model, without any hesitation.

- Advertisment -
Hey, all OnePlus fans! The latest smartphone model from the brand, i.e., the all-new OnePlus Nord CE 2 5G is finally here. And we know your excitement levels must be touching the sky. We wore our sherlock hats and took our magnifying glasses out...OnePlus Nord CE 2 Review: Super Stylish Design With Excellent Performance