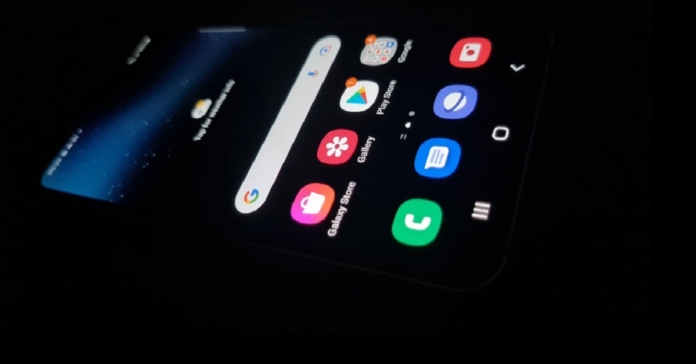 We know how eager all of you Samsung users must be to know about its latest smartphone model – the brand new Samsung Galaxy S22. It surely wouldn’t have gone unnoticed by your sight, no? So, wouldn’t you like to know in detail about the new talk of the town? Here is a complete Samsung Galaxy S22 review, which you should definitely check out before buying the spanking new Android smartphone. 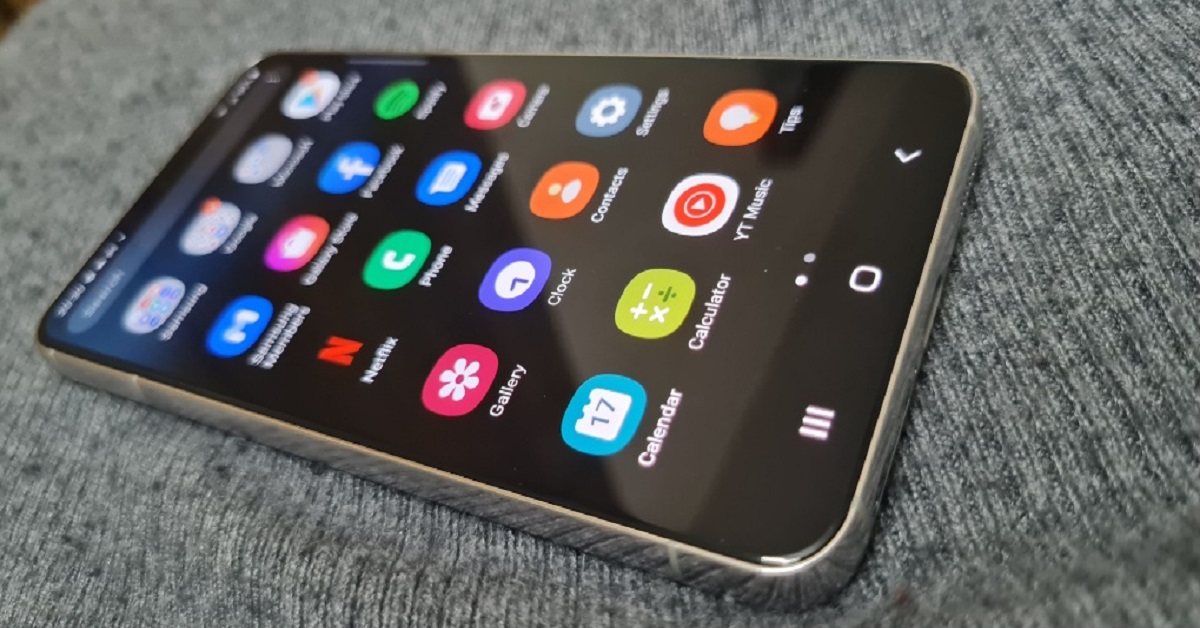 Starting from the very beginning, the all-new Samsung Galaxy S22 comes in comparatively smaller packaging, and without a charger. Samsung is apparently trying to go green with its upcoming range of smartphones, just like Apple. After having opened the box, you will be looking at your own reflection clearly visible through the shiny black Gorilla Glass Victus+ screen of the Galaxy S22.

Upon picking it up, you’ll find that the smartphone has a slim lightweight body wrapped within an aluminium frame that surrounds it from 4 sides. The back of the Phantom White model we reviewed has a glass covering, and yet has a matt finish to it. You’ll find both the charging port as well as the SIM card tray at the bottom, whereas the power and the volume button can be found on the right-hand side of the body. 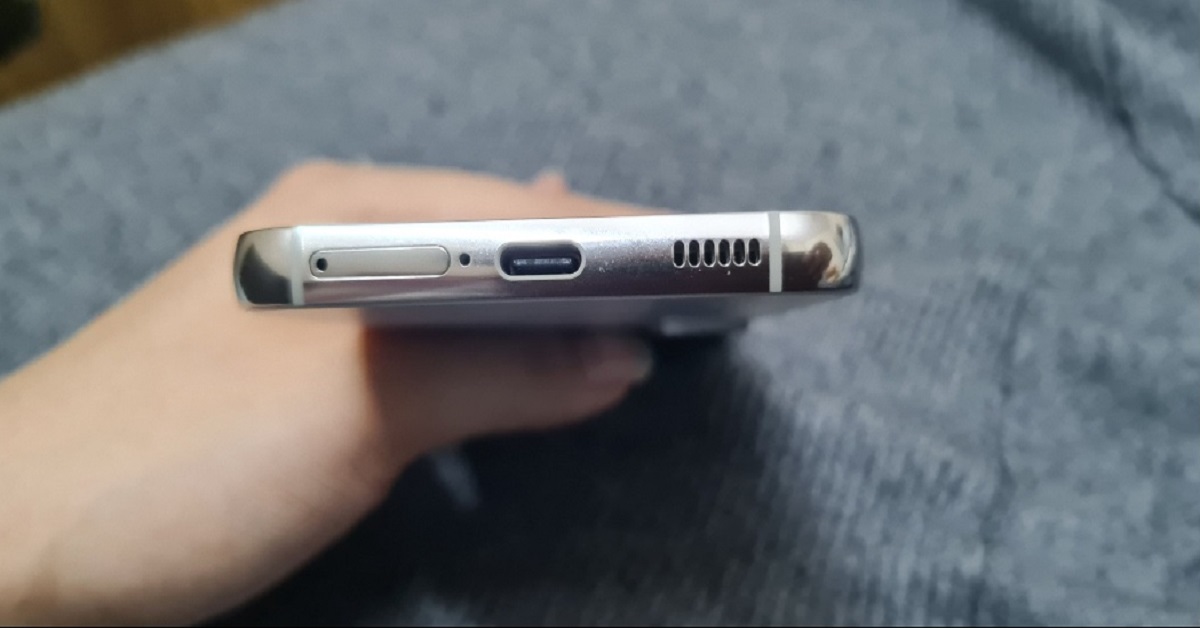 The smartphone, however, is a little bit smaller in size (5.75 x 2.78 x 0.30 inches body dimensions) and is thus designed for those who don’t like large-screen smartphones or have trouble handling the same. It has a Dynamic AMOLED 2x 120Hz HDR10+ display which is 6.1-inches in size, has an 87.4% screen-to-body ratio and a 19.5:9 aspect ratio.

It has a screen resolution of 1,080×2,340 pixels with a 425ppi pixel density and as said is protected by Corning Gorilla Glass Victus+. The under-screen fingerprint sensor is super effective and immediately catches the fingerprint upon a slight touch while giving you a ripple effect that feels as if you’re touching water. 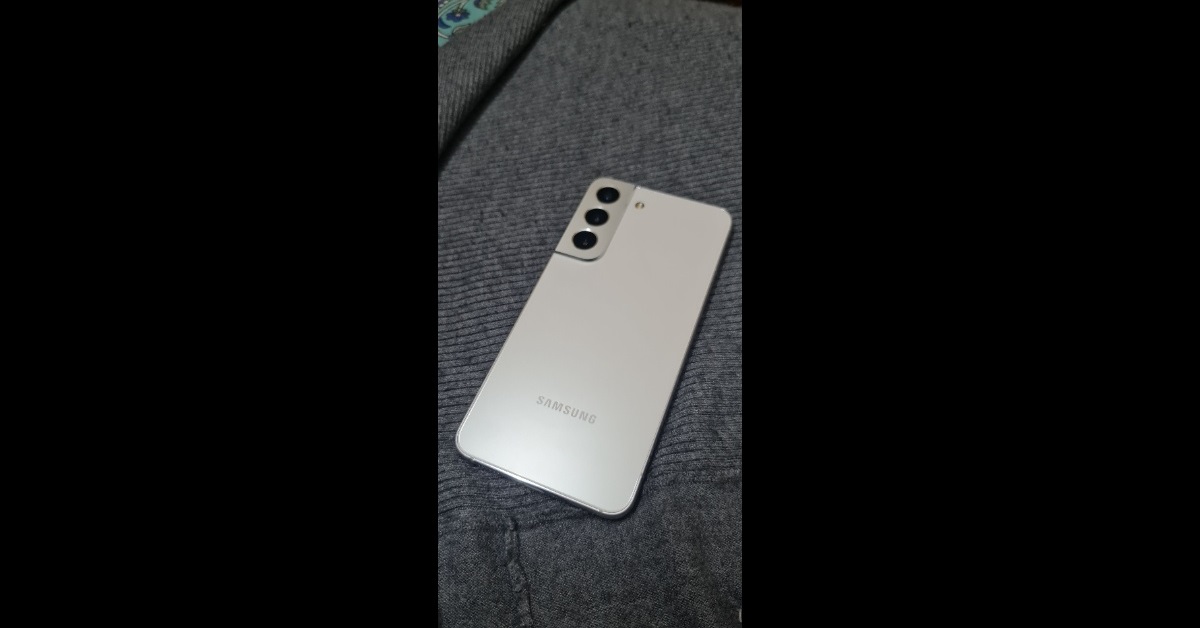 Flip it around and you will find an array of three cameras located on the top left corner in a typical Samsung Galaxy fashion cam bump. This is partnered with an LED flash and Samsung’s branding can also be found on the rear bottom.

Overall, the design of the Samsung Galaxy S22 appears very sleek and stylish, adding sophistication to your personality in daylight as well as in your night-life. 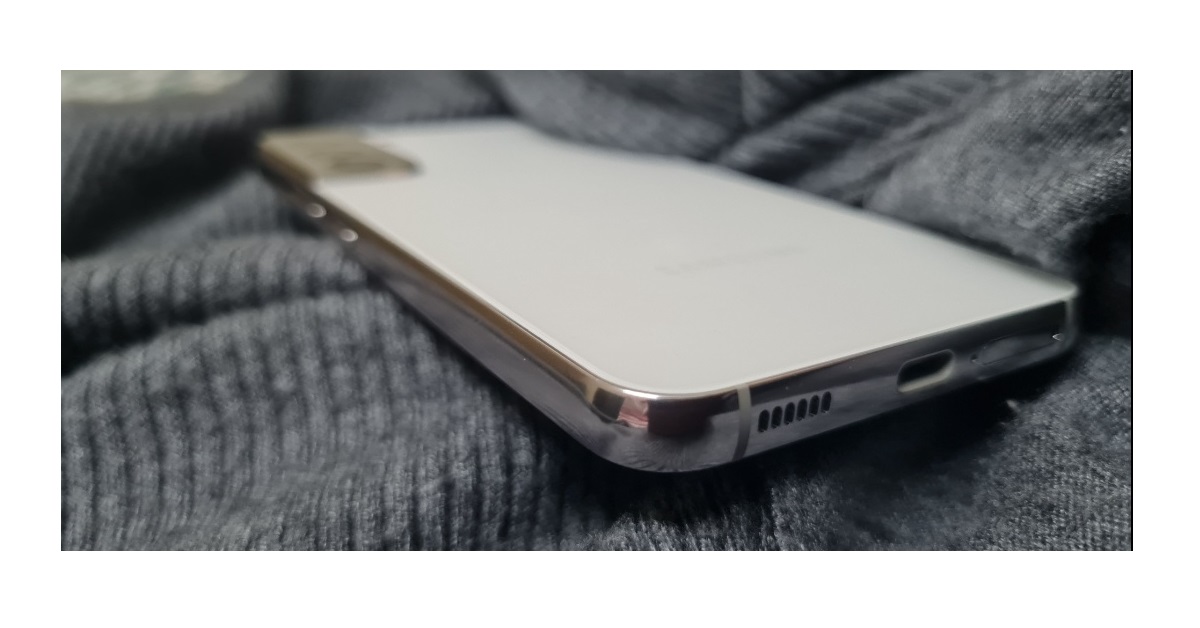 Speaking of its technical specifications, the all-new Galaxy S22 has an Octa-core Qualcomm SM8450 Snapdragon 8th generation 1, 4nm processor with Adreno 730 GPU, the fastest chip that Samsung provides in its phones. It comes with 8GB RAM and 128GB/256GB storage options, supports a 5G network, Wi-Fi, Bluetooth and QuickShare connectivity. Upon bringing the phone to life, you will be greeted with Android 12 OS inside the smartphone with bubble icons on an extremely fluid display.

It has a 3700mAh battery, which lasts for about a day upon excessive usage, for about 2 days upon medium usage and for more than 2 days when using scarcely. It supports fast charging and can get charged within an hour approximately, or even less (if you have the right fast charger). Moreover, you are provided with a seamless streaming experience with stereo audio output, be it while watching Youtube videos, movies and tv shows on Netflix or while mobile gaming. The touch screen is super-silky. The vivid range of colours, bright and glossy, is a treat for the eyes while the buttery smooth touch movements brings swiftness in your action or response to a stimulus within the gaming universe, be it Subway Surfers or PubG. However, the smartphone may get slightly heated up when used in a warm environment or while performing multiple tasks requiring heavy processing.

The all-new Samsung Galaxy S22 is a triple-camera smartphone coming with a 50MP wide lens main camera, 12MP ultrawide lens and a 10MP telephoto lens supporting the main camera. You are provided with a whopping 7 zoom range options including 0.6x, 1.0x, 2x, 4x, 10x, 20x and even 30x (digitally). The camera has a vast and beautiful colour range exactly on point, i.e., matching the real colours of objects more perfectly. 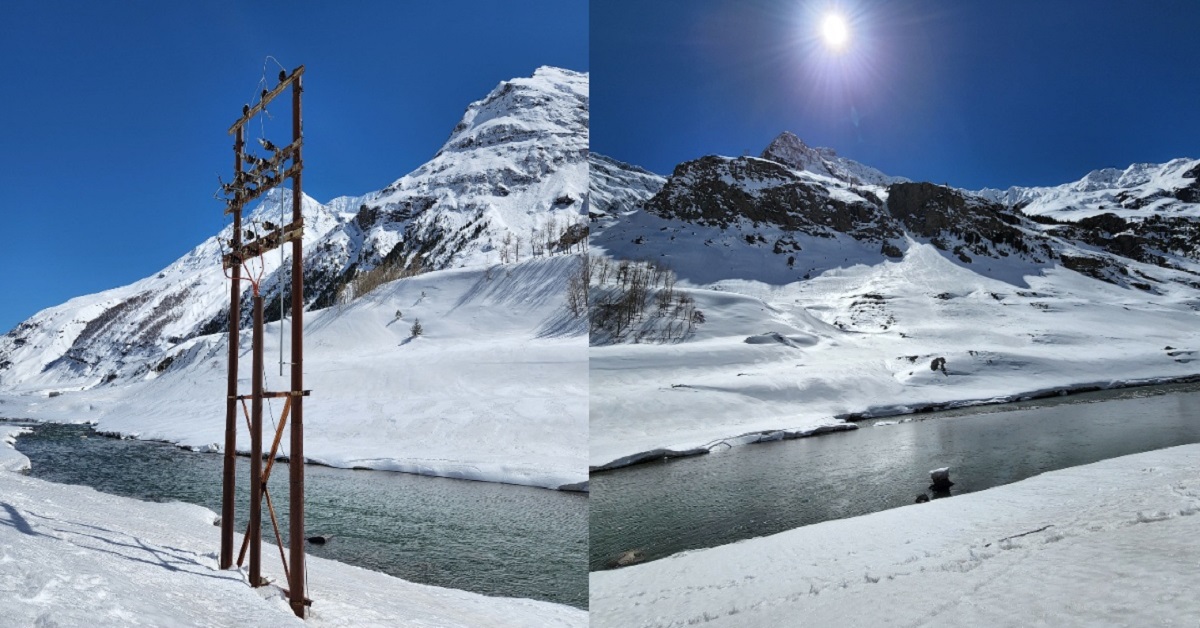 A wide range of shooting modes are provided with it, including HD recording at 30fps as well as FHD and UHD in both 30fps as well as 60fps. Not only that but you even get to record videos in 8K in both 30/60fps shooting modes. Its 10MP  front camera with 4K 30fps/60fps support, clicks fantastic selfies and videos and will surely make you wonder whether you actually look that beautiful or not. Both the rear and the front cameras are supported with Auto HDR, which helps in capturing the smallest of details in the brightest lit backgrounds. However, you may find some of your captures to be a little extra sharp than required. 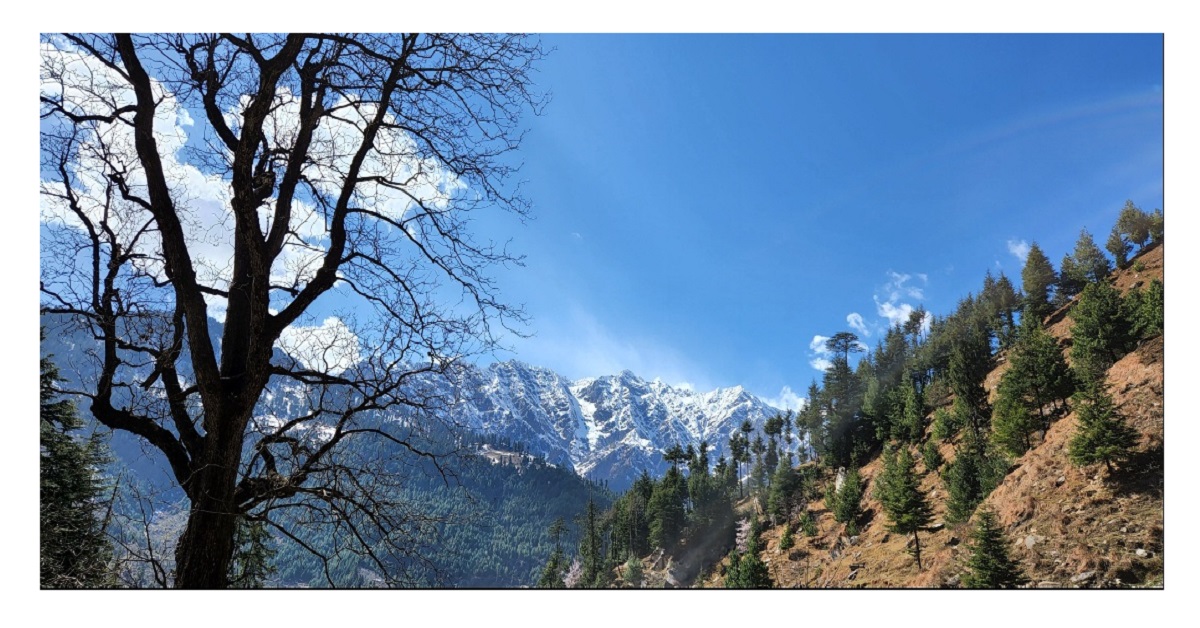 Read also: Xiaomi 11i review: A suitable smartphone for day-to-day use

Apart from the usual capturing modes that are offered (like Food, Pro, Night Mode, etc.), you also get to play with your photography and videography skills via some cool new camera modes you can try in your Galaxy S22, like super slow motion, single take, pro video, portrait video, and even director’s view via which you can record a video through the rear as well as the front camera simultaneously within the same frame. Moreover, you’ll be surprised by how smooth the videos get captured, which is due to the 58% improvement in the OIS correction angle offered with this smartphone that stabilises your shots. 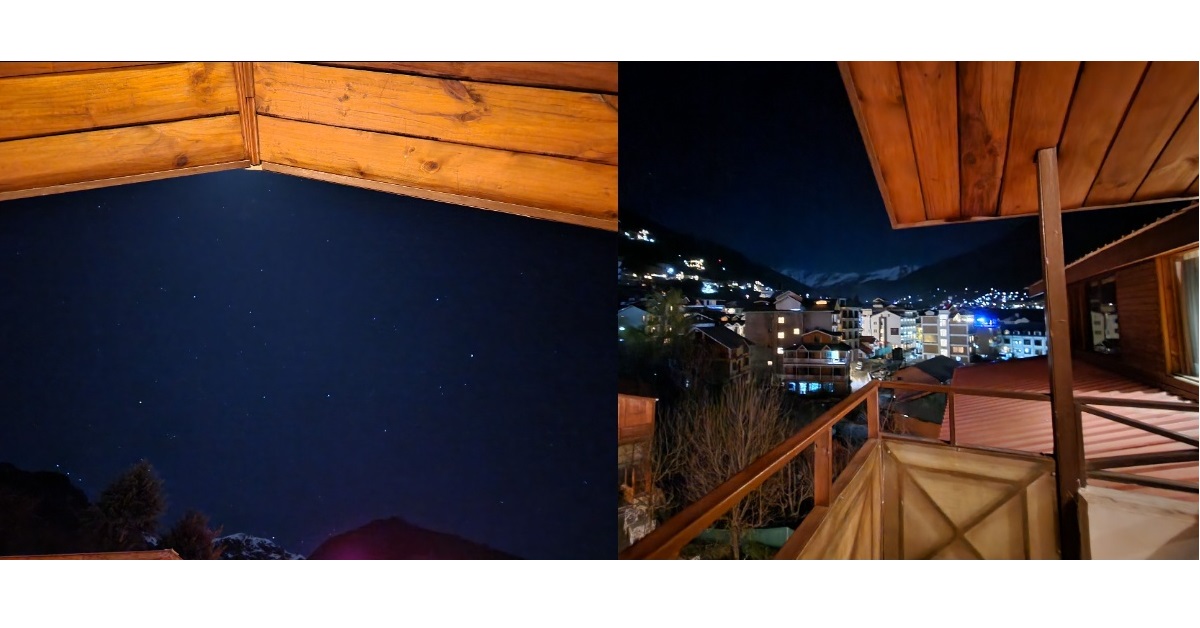 Coming to the major challenge any smartphone camera faces, i.e., the night mode or low light capturing, the Galaxy S22 beats all smartphones in this area. Its sensors pull in more light, the super clear glass dials down the lens flare and its fast-acting AI provides intelligent processing, hence delivering you the best night sky or night horizon shots. If you’re not able to count the number of stars by directly looking at the night sky, your smartphone capture can let you do so in no time. Moreover, with its display quality, images do not get washed out even when exposed to bright sunlight. 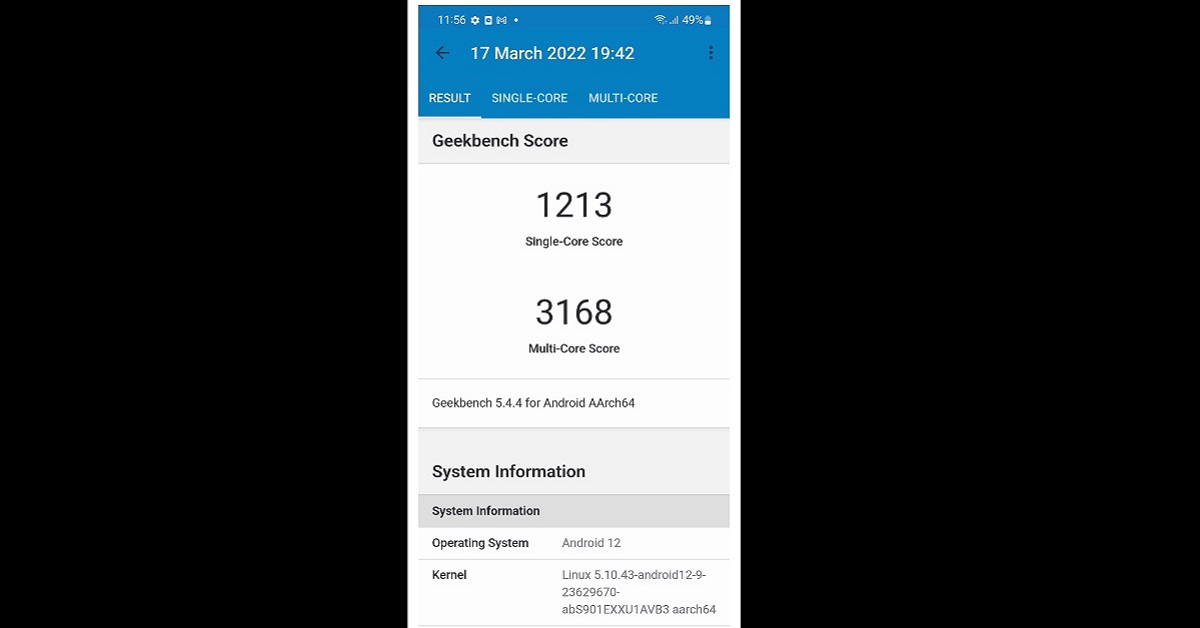 With the new Samsung Galaxy S22 at hand, you are provided with an all-round performance, be it from the perspective of style, design, display, camera or OS performance. As per the Samsung Galaxy S22 review on Geekbench 5, its single-core benchmarking score is 1,213 while the multi-core comparison stands at a score of 3,168, the highest amongst all comparable smartphones like Samsung Galaxy S21 Ultra 5G, Galaxy Note20 Ultra 5G, Xiaomi Poco F3 and many more. Priced in the range of Rs 70k, we would definitely give a go-ahead for you to buy this phone.

Battery life could be better

Gets heated up in warm weather conditions or after heavy usage

- Advertisment -
We know how eager all of you Samsung users must be to know about its latest smartphone model – the brand new Samsung Galaxy S22. It surely wouldn’t have gone unnoticed by your sight, no? So, wouldn’t you like to know in detail about...Amrita VeshinSamsung Galaxy S22 Review: The Ultimate Quality Smartphone of 2022