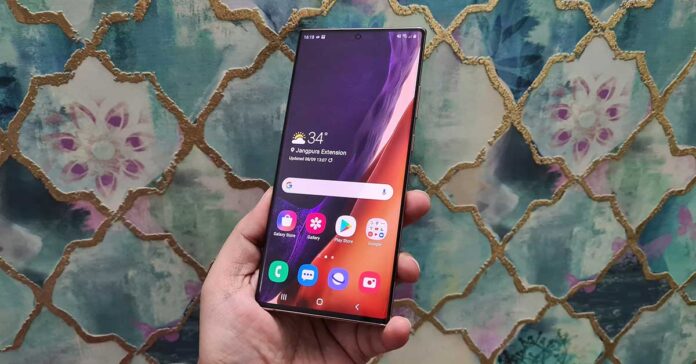 The song ‘Can’t take my eyes off you’ by Frankie Valli fits perfectly on this mobile phone. Yes, we are talking about Samsung Galaxy Note 20 Ultra and it is a mobile device that has been crafted to perfection. It is a beautiful piece of hardware that screams for attention and once it grabs it, you just cannot stop ogling over this mobile phone. We spent a good few weeks with the device to know it in and out, and this our first-hand experience of the best-looking smartphone to come out of Samsung’s factories, ever. This is our review of the Samsung Galaxy Note 20 Ultra.

Well, with the opening para you would have already guessed that we are by now a fanboy of the looks of this smartphone. This smartphone just kept pulling us deeper in love with it. The front of the Samsung Galaxy Note 20 Ultra is conquered by a large curved touchscreen that measures 6.9-inches. This is protected by a layer of Corning’s, first-ever on a smartphone, Gorilla Glass Victus. The same can be found on the back, which has a very matte-like finish. Corning says that this Gorilla Glass can withstand a drop of up to 2 meters. Which is great if you are a Chandler (butterfingers from the popular TV show Friends). 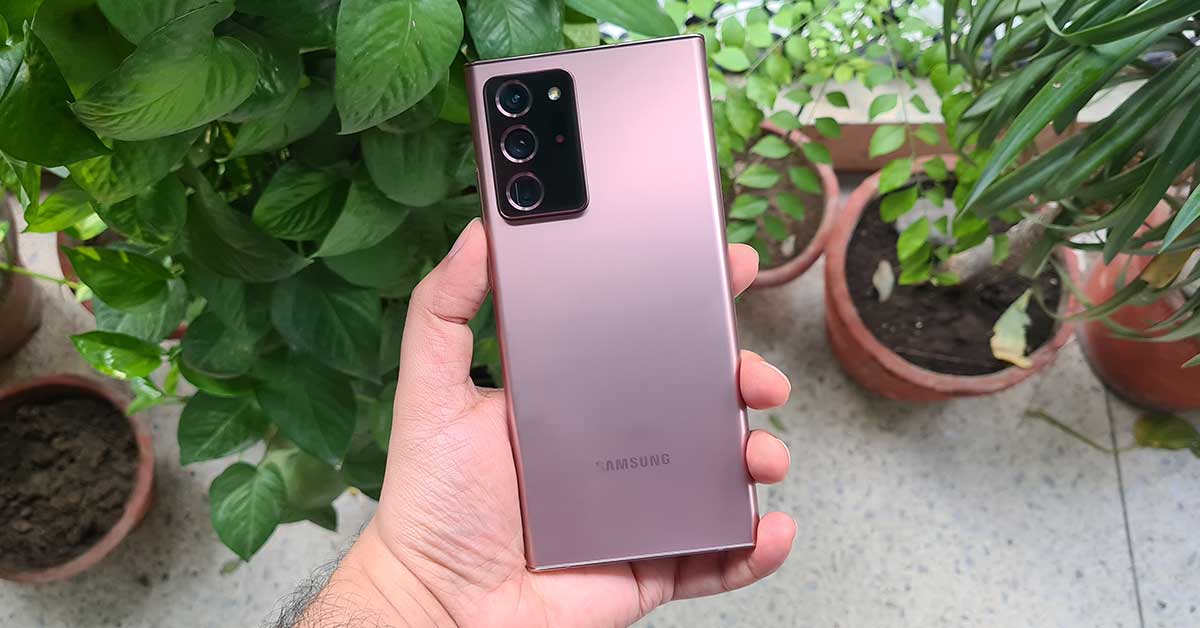 Moving on, Samsung Galaxy Note 20 Ultra is available in two colours – Mystic Black and Mystic Bronze. We got the latter one to play around with and if we must sum up its looks in one word, it is breath-taking. Samsung’s designers did everything they could for a jaw-dropping experience. Right from the camera bump, which is bigger than usual, but has an identity of its own that does grow on you. The bump also gets these bronze accents around it, so does each of the camera lenses. At the back, you will find Samsung’s branding too, which again can be found in a very premium bronze-ish chrome.

The sides of the Samsung Galaxy Note 20 Ultra are made up of metal and look good too. On the right one can find the power and volume rocker keys. While the speaker grille, USB Type-C charging port, primary microphone and the S-pen can be found at the bottom. The top has a dual SIM tray and a secondary microphone. The left side is plain and has just the fine thin metal band running across.

Coming back to its display, we enjoyed every bit of it. Samsung Galaxy Note 20 Ultra comes with 120Hz refresh rate, which still does not work on with QHD (like the Note 10 series), but with FHD+. It is not a deal-breaker, but we would have not minded the upgrade. Everything on the screen runs smoothly and rarely come across as ghosted. The screen responds well to each touch and tap, and one would love the experience with the S-pen. All the cool features of the S-pen do come back from the previous series to the Samsung Galaxy Note 20 Ultra, like air control and air gestures. These still work well. Some might find them gimmicky, but for creators/photographers/vloggers they are handy. 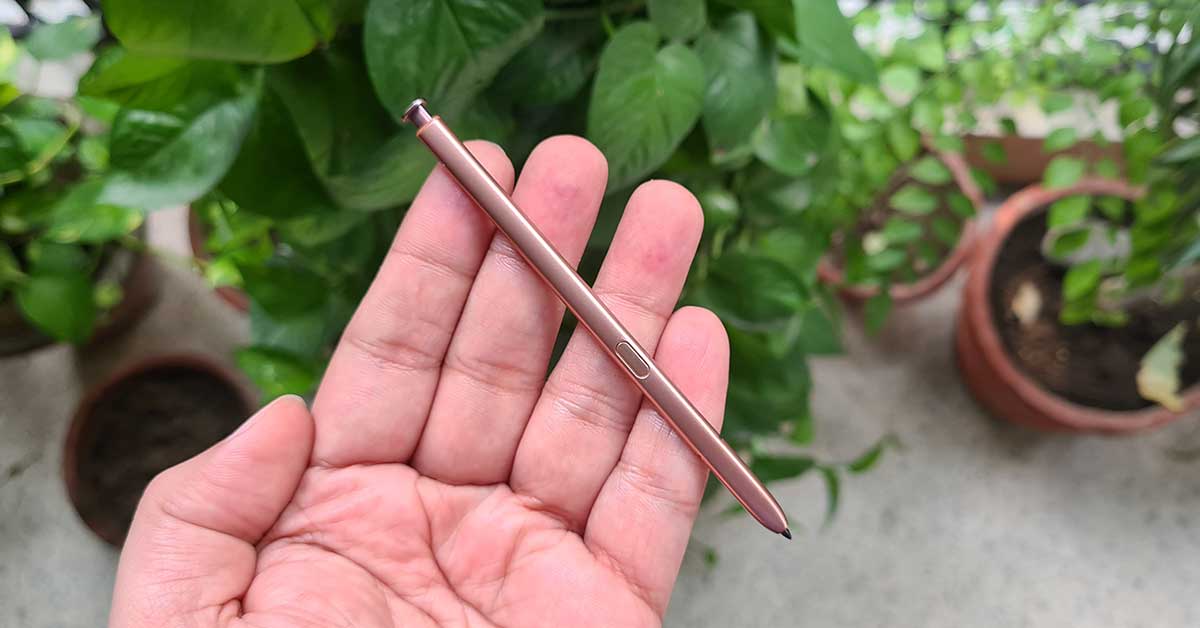 Also, now there is a nice chalkboard sound attached to the S-pen when you are writing something on the screen, it gives it a nice touch. And yes, it can be turned off from the settings menu. The movie and gaming experience on the Samsung Galaxy Note 20 Ultra is superb. Barring the occasional heat up after an extended session of gaming, we found games like Call of Duty Mobile or Asphalt 9 working well on high settings. Since this is an infinity-O display, which means you get a single selfie camera on top of the screen. It does not hinder much while playing a game or watching a movie.

Talking about which, we loved the movie experience on the Samsung Galaxy Note 20 Ultra. The colour reproduction is great, the blacks are deep and combined with the enhanced stereo speaker system the experience becomes better. All in all, the screen is one of the best aspects of the Samsung Galaxy Note 20 Ultra. Before we forget, since the display supports 1,500 nits of brightness, it is very legible in direct sunlight too.

Now here is the part which some might love, and some might hate. Us? We are right in the middle leaning towards the liking part. As most of you know, Samsung pushes out the latest Snapdragon chipsets in countries like USA and China. While the rest of the world gets its proprietary Exynos chipsets. With the Samsung Galaxy Note 20 Ultra, the case is the same. While the above two countries get Qualcomm Snapdragon 865+ chipsets, India and rest are stuck with Exynos 990. We will talk about that in the coming paras, first, let us introduce you to the rest of the tech specs of Samsung Galaxy Note 20 Ultra.

Samsung Galaxy Note 20 Ultra comes with 12GB RAM and 256GB storage. Storage is expandable using a microSD card. 5G is supported by the device but that does not make much sense in India (at the moment). The GPU used here is Mali-G77 MP11, which is good but not great. There is no 3.5mm audio port here, so you would need to make home with the USB Type-C port for audio connectivity, or better go wireless. 25W fast charging is supported with 10W wireless charging as well as reverse charging options.

Now that we have the tech specs out of the way, let us come back to the Exynos 990. Why Samsung why? Why the disparity. We were strongly hoping we will get a taste of the latest Qualcomm CPU in this version of the Note, perhaps next year? When compared to QC SD 865+ the Exynos 990 is a step behind. But does that really matter? Well if you are regular binge-watcher who would want to use the smartphone for daily doings and basic internet activities, it does not matter much. But if you are a super creator and want extreme performance from each buck spent, then every extra power point does matter. Nonetheless, we did try to do all those heavy-duty activities like multi-app usage, creating art etc and to our amazement, the Samsung Galaxy Note 20 Ultra with its Exynos CPU did deliver quite well.

Switching gears, the smartphone is built on Android 10 OS with Samsung One V2 UI on top. Now, this is an aspect where the device excels and is leaps and bounds ahead of the rest of the competition. Frankly, we can write a thesis on how good these OS enhancements and features are, as there are many. These include 8K video recording, S-Pen air gestures and integration, excellent screen notification system, gaming enhancements with Microsoft Xbox games and DEX. For the lesser-known, DEX is Samsung’s attempt at turning the smartphone into a PC. Where previous generation (of DEX) needed the user to connect an HDMI cable to make it work like a desktop, this time Samsung has gone wireless. We did try it with a competitor’s TV with Miracast as the latest Samsung TV was not available. The results were not that great. We found it to be gimmicky, the device heats up easily and Samsung has some way to go before they find perfection. 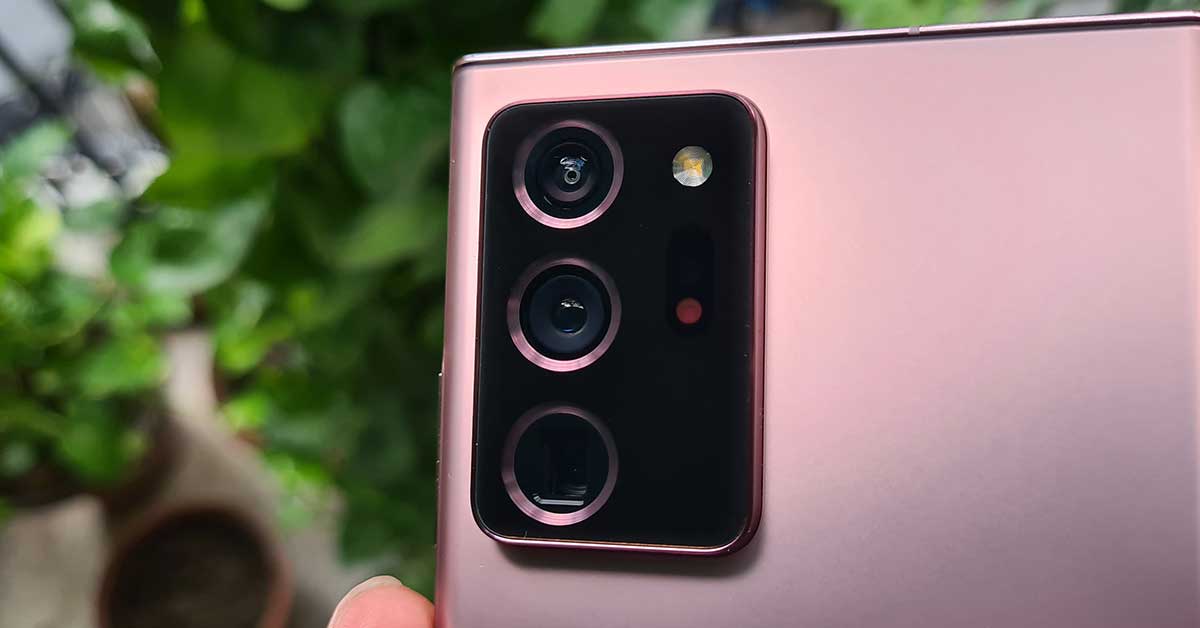 Coming over to the cameras, the Samsung Galaxy Note 20 Ultra comes with three cameras at the back. The array includes a 12MP ultra-wide camera, 108MP wide-angle camera and 12 MP telephoto camera. There is a fourth sensor here, which is laser-driven for autofocus. A rather bright LED flash has also been thrown in the mix. Like its sibling this one can also capture videos in 8K, however, we liked the stability when capturing in 4K resolution. But what really takes the cake away is the 50X zoom capability of the rear cameras. It is now much better than before and captures the subject with more stability and accuracy.

The cameras amazed us at various levels. The shots during the day, including portraits and landscape, came out very close to life and vibrant. Edges were clear and sharp. The night mode has also become much better and with the latest update, rolled out a few days ago, it has become even better. On the other side, users get a 10MP selfie camera. Here we got mixed results. While most of the time the portrait shots came out to be good indoors and outdoors, the quality went down a bit when there was less light in the room or at night when compared to the Galaxy S20 series. Nonetheless, you will still enjoy the photo experience with the front shooter. 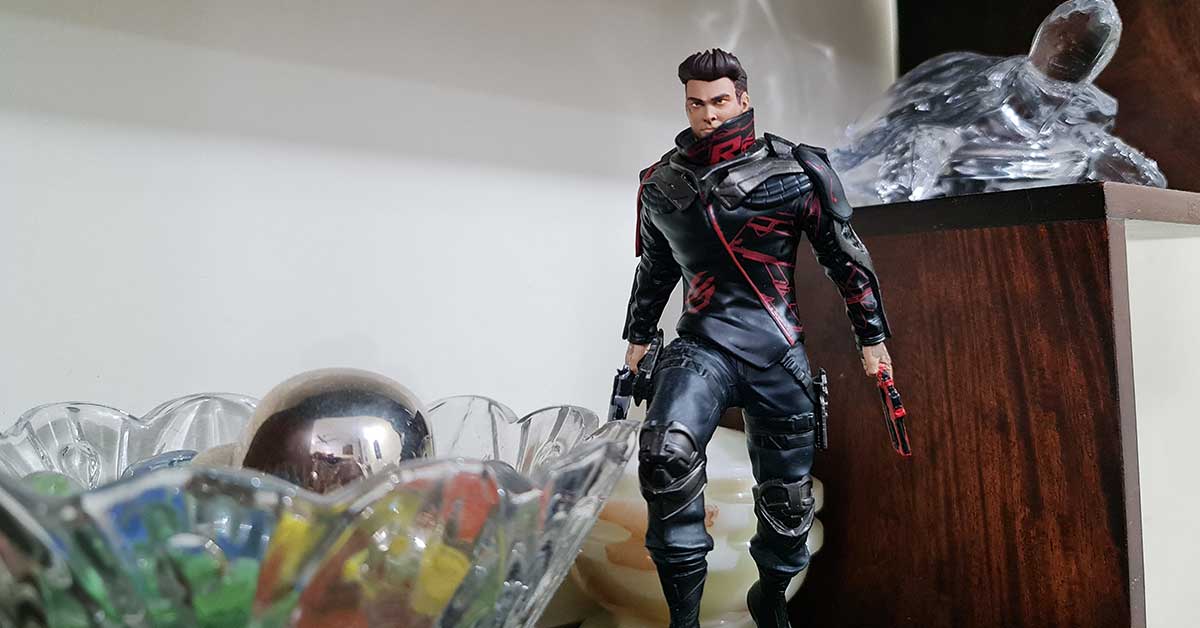 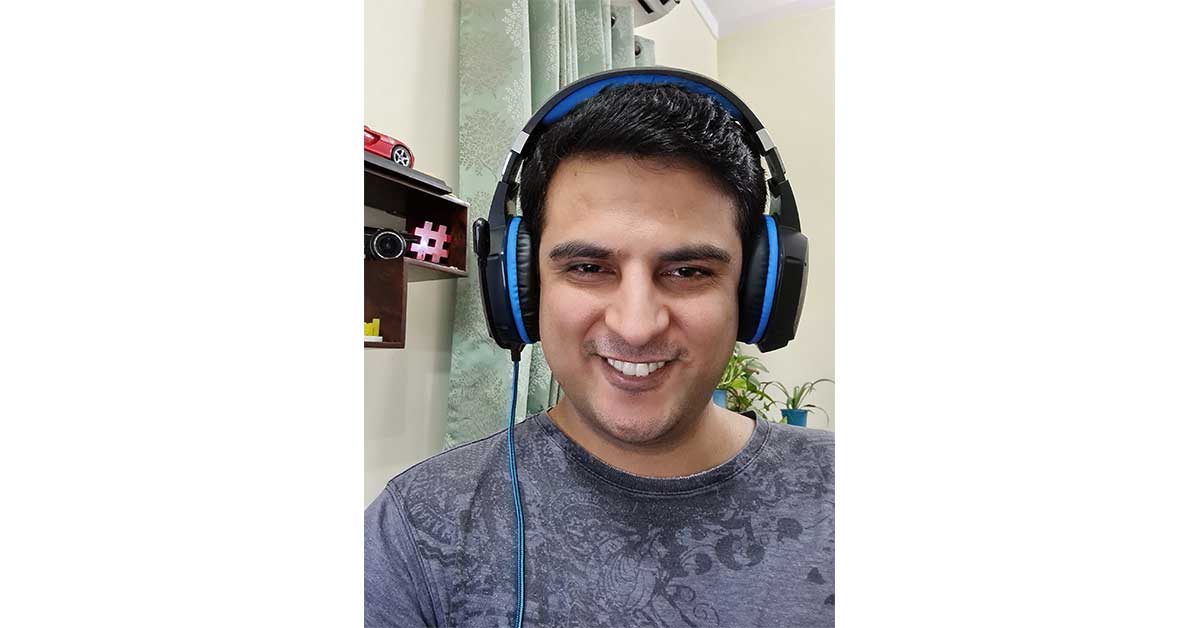 Over that, users also get an in-display fingerprint reader that is very swift. We were able to open the smartphone even with moist fingers. On the battery front, Samsung has put in a 4,500 mAh battery inside the Samsung Galaxy Note 20 Ultra. While its sibling launched this year has higher mAh battery, this one still manages to post a usage time of over a day (under nominal use). If you play a lot of games and keep the Wi-Fi on all the time, then you would need to put it to charge before going to bed. Since there is only support for 25W fast charger, we were able to charge the phone fully from zero to hundred in a little over 1 hour. On Geekbench 5 we got a score of 924 in single-core and 2796 in the multi-core test. While the Geekbench 5 compute test fetched a score of 5343. 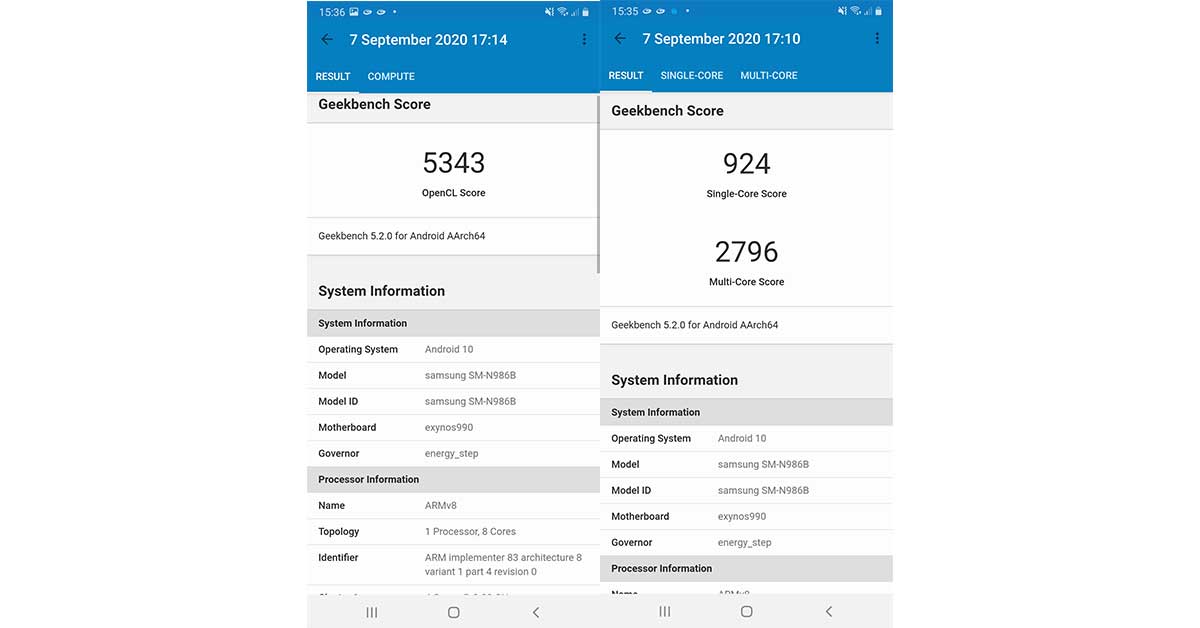 All in all, while we wanted a better/latest QC SD865+ CPU inside the Samsung Galaxy Note 20 Ultra, Exynos 990 is not too bad. It does manage to do all the tasks well. But for the price tag of Rs 1,04,999, you would want the extra bang for the buck. Even So, we found the smartphone to be a great buy as users get top-of-the-line features, excellent camera array that can zoom up to 50x and a robust stylus in the form of S-Pen. It is a gamer’s delight as well as movie buff’s haven. The screen is buttery smooth, and you already know how crazy we are about its looks. Yes, you can buy it!

Heats up a little with extended gaming sessions

OnePlus 9RT versus OnePlus 9R, can they compete with each other? Here is our comparison

Best smart LED bulbs and lights to brighten your house this...

Vipul Chandwani - Oct 12, 2021 0
Festivals especially in India are very colourful and a season of joy among everyone. When the festive season is on, everyone in the country...