Sony has time again shown why they are one of the front runners when it comes to wireless audio. 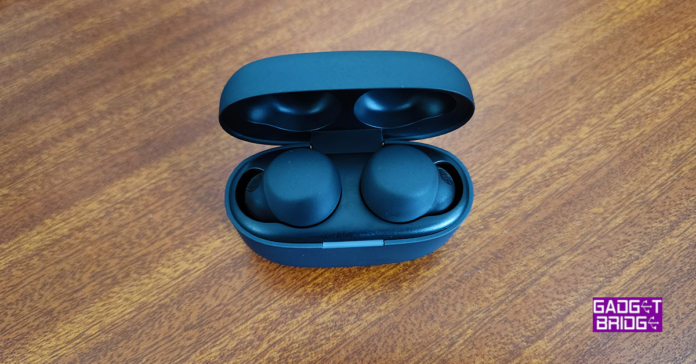 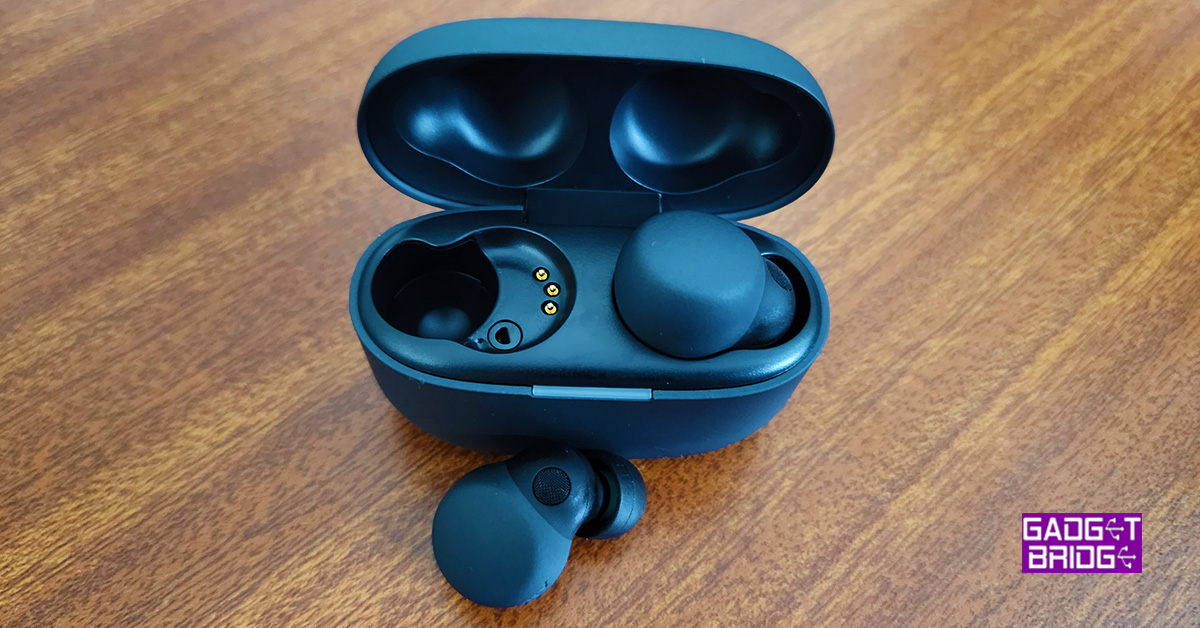 In the box, you get a slim pill-shaped charging case, which also hides the Sony LinkBuds S LS900N earphones inside. The box also has 3 sets of silicone ear tips (large, medium and small) and a short USB Type-C charging cable, along with a manual and warranty information.

The charging case has Sony’s signage on top, an LED indicator on the gash, USB Type-C port at the back along with BT connectivity button. The Sony LinkBuds S LS900N are magnetic so they snap into place quite easily within the charging case. Sony does claim these to be one of the lightest TWS in the market and to us, these do seem light. We weighed them and each one weighs just under 5 grams. The charging case weighs 33 grams. 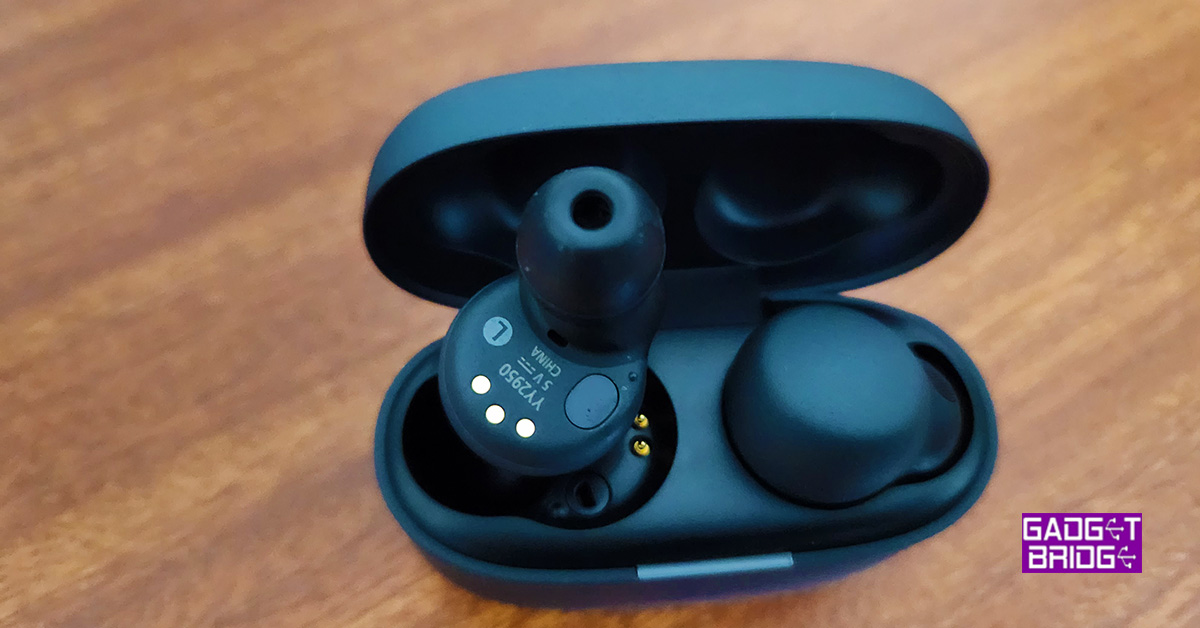 The Sony LinkBuds S LS900N do seem well built with a small metal mesh on top hiding the microphones under each one. There are additional microphones located on the inside for better voice reception and ANC. Proximity sensors are also located on each earbud. You remove any one of them and the music will pause, plug them back in and the audio starts from the place it stopped. Charging points can also be found here on the inside.

Let’s move on to the part you all have been waiting for, the performance of Sony LinkBuds S LS900N. Ok, since we have reviewed its bigger and more expensive brother – Sony 1000XM4, our expectations were high. But somewhere down the line, we had to tell ourselves that this one is its mid-range sibling and we should treat it like one. We will not get the exact same or better things/features as you get on the elder brother, but what this one almost gave, almost the same, is the resonance.

We were super impressed with the audio quality the Sony LinkBuds S LS900N provided. These are great for the price and with ANC (active noise cancellation) they earn a tag of a very good buy. We played a lot of different types of audio with these. We watched a few Netflix shows, a couple of YT videos and music via Amazon Music. Not once did it give us a chance to bicker when it comes to highs, mids or lows. The only place they could be stronger is bass, which one can do to an extent using the equaliser options in Sony’s headphones connect app. 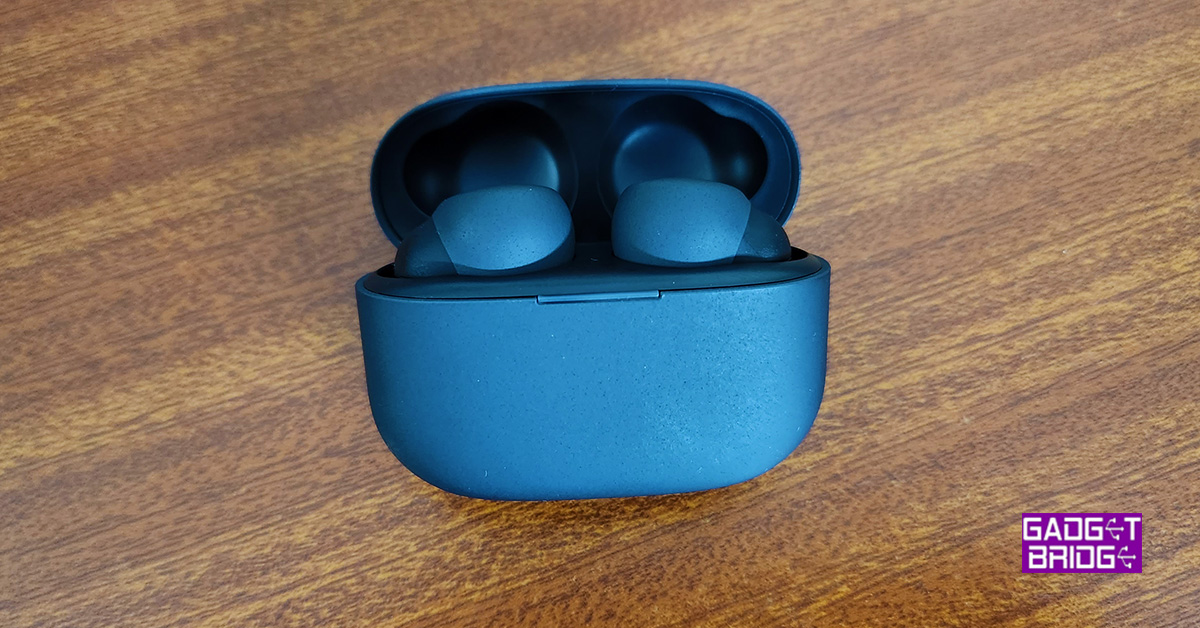 The battery life of these is not too shabby. We got about 5.75 hours of battery and the charging case gave us another 13.5 hours, which is approximately what Sony also claims. But the best part is that the Sony LinkBuds S LS900N can give you 60 minutes of playback time in just 5 minutes of charge.

Read Also: Sony LinkBuds WF-L900 review: For the music keen who do not want to

We also played games like Apex Legends mobile and Asphalt 9 using the Sony LinkBuds S LS900N. While these are not specially made for gaming, they are great for gaming. The lag is minimal, and we did get great reception. Also, for calling, these are very fine. The other side is able to hear us clearly and we were able to hear them nicely too.

The usual tap gestures are also available. If you want to hear ambient sounds or if someone is speaking to you, just tap and hold the left earbud and the music goes down and you will be able to hear people speaking to you. Release it and the music comes back on. You can double-tap on each to go to the next or previous track or just tap it once to pause the music.

All in all, the Sony LinkBuds S LS900N at Rs 14,990 are mighty fine. They have decent battery life, good audio quality and one can easily wear them for hours. And yes, these come with IPX4 rating, so you can take them out for a jog or a gym run and need not worry about water/sweat splashes. Over that, the ANC works very well. All in all, if you are looking for not-very-expensive earbuds with good sound and ANC, your search ends here.

- Advertisment -
Sony recently brought the Sony LinkBuds S LS900N to India. Though these TWS were launched in the international market quite some time back, but hey, better late than never. Available in two colours white and black we got our hands on the latter, which...Sony LinkBuds S LS900N review: Sony’s strength in mid-segment TWS