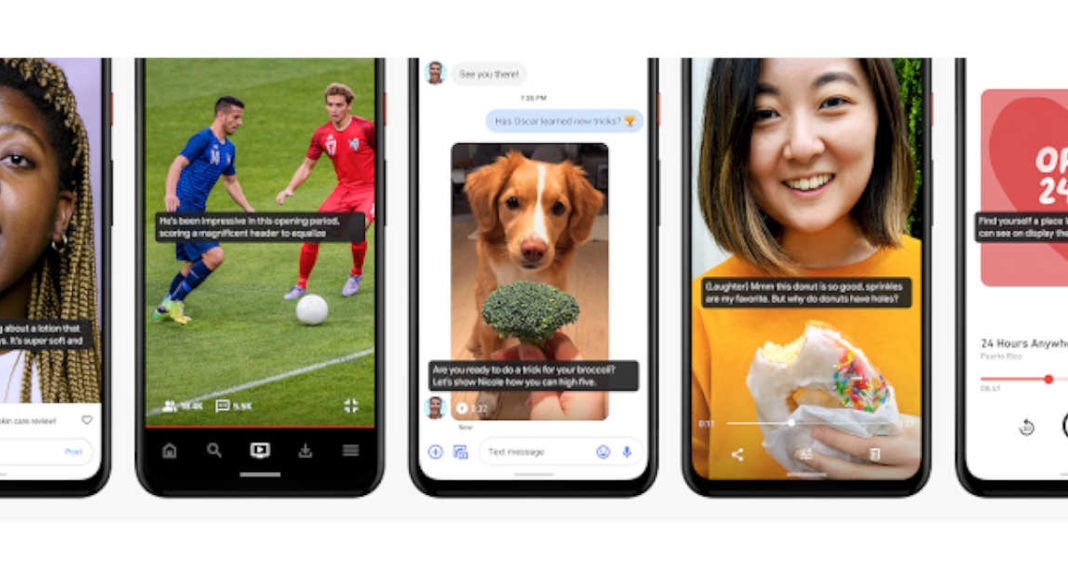 In May 2019, Google made an announcement about their live captions feature, which was then released exclusively for the recently released Pixel 4 and Pixel 4 XL. The tech giant is now making this feature available to 2018’s Pixel 3 and 2019’s Pixel 3A.

In a blog post about the Live Captions feature, Brian Kemler, Product Manager, Android Accessibility said, “Live Caption wouldn’t have been possible without the Deaf and hard of hearing communities who helped guide us from the very beginning. we developed Live Caption in collaboration with individuals from the community and partners like Gallaudet University, the world’s premier university for Deaf and hard of hearing people.”

The feature is great for people who are deaf or possess issues relating to hearing. It is also useful for people who want to watch content in a crowded place without turning their devices to a high volume. This feature currently supports the English language and might soon be developed for other languages and devices.

To turn on live captions on the device, users will have to select a prompt which pops up once they press the volume button. Users just need to tap the prompt and drag the text around the screen to position it to the user’s comfort. The technology does not promise 100% accuracy but is definitely a big step to make lives easier. Google meanwhile, promises to keep working on the technology to improve its performance.

YouTube has had the automatic captions feature for more than a decade, but that kinda technology was not available across the internet and other applications. This feature will help users get access to information that would otherwise be difficult to comprehend because of circumstances. Google says they are working with other major manufacturers to make this technology available to the rest of the world.

Achuuth Karthickhttp://www.gadgetbridge.com
The youngest member of Team Gadget Bridge, he is knowledgable Intern and loves his laptop and mobile phone. He cannot stay without them. He loves to talk about new consumer gadgets and has a bright mind.
Facebook
Twitter
WhatsApp
Linkedin
ReddIt
Email
Previous article
Motorola releases the Moto One Hyper
Next article
Samsung introduced Wall modular MicroLED display in India