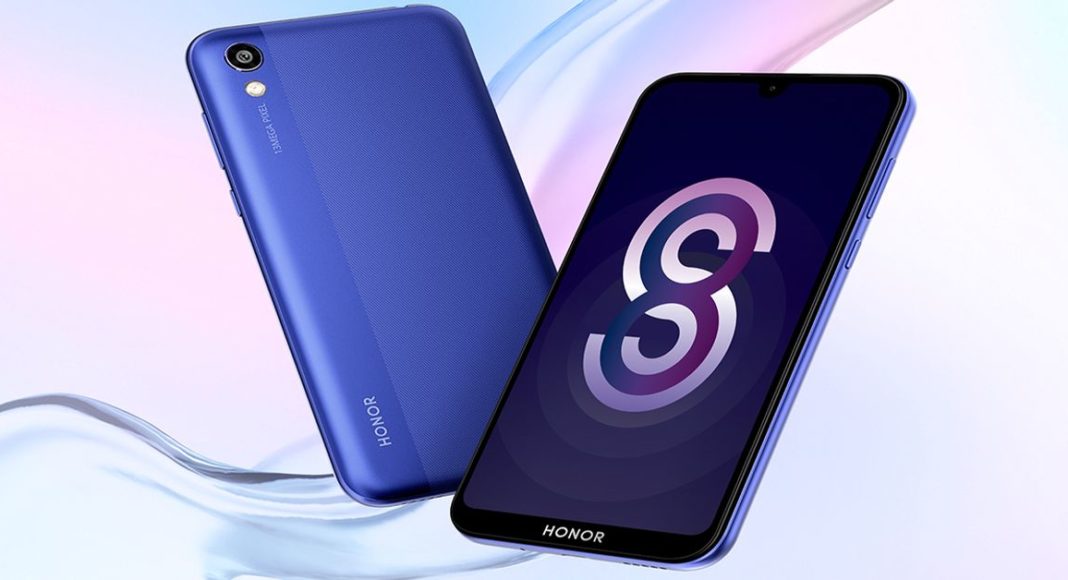 Huawei’s sub-brand Honor had quietly launched its new smartphone Y5 2019 on its global website yesterday. And now, the company has launched a new device in Russia called the Honor 8S. The Honor 8S looks similar to the Honor Y5 2019 that launched earlier with only a difference in the design. And seeing that the company has launched both of the devices with the difference of a day it is possible that it might launch the same device with the name Honor 8S in some countries and Honor Y5 2019 in others. Because essentially, specifications-wise both the devices are the same.

The Honor 8S is currently listed on Russia’s official Honor website. The smartphone holds a price tag of RUB 8,490 (approximately Rs 8,900). In the Russian market, the Honor 8S will go on sale from April 26, 11:00am onwards (Moscow time).

With the purchase of the device, Honor is also bundling the Honor Band 4 free for the first few customers of the Honor 8S. However, the number of customers who will get the free Honor Band hasn’t been disclosed by the company yet. The Honor 8S comes in three colour options – Black, Blue and Gold.

As of now, the company hasn’t said anything about the device’s launch date in India.

The Honor 8S sports a 5.71-inch HD+ (720 x 1520 pixels) screen with 84.6% screen-to-body ratio and it comes with a dewdrop-style notch. The device is powered by a quad-core MediaTek Helio A22 SoC paired with 2GB of RAM.  The Honor 8S runs Android 9 Pie skinned with EMUI 9.0 and it packs a 3,020mAh battery without the fast charging support. It comes with 32GB of internal storage with support of microSD card of up to 512GB. The device comes with dual-SIM slot along with microSD card slot.

The Honor 8S comes with face unlock support but it doesn’t include a fingerprint scanner at the back. Other features of the newly launched smartphone include 4G LTE support, Wi-Fi 802.11 b/g/n, Bluetooth 5.0, GPS, and Micro-USB 2.0.

Aman Singhhttps://www.gadgetbridge.com/
Aman Kumar Singh has a Masters in Journalism and Mass Communication. He is a journalist, a photographer, a writer, a gamer, a movie addict and has a love for reading (everything). It’s his love of reading that has brought him knowledge in various fields including technology and gadgets. Talking about which, he loves to tweak and play with gadgets, new and old. And when he finds time, if he finds time, he can be seen playing video games or taking a new gadget for a test run.
Facebook
Twitter
WhatsApp
Linkedin
ReddIt
Email
Previous article
Oppo F11 Pro Marvel’s Avengers Edition is all set to launch in India today
Next article
Oppo A9 with 16MP front-facing camera, 4,020mAh battery launched: Price and specifications