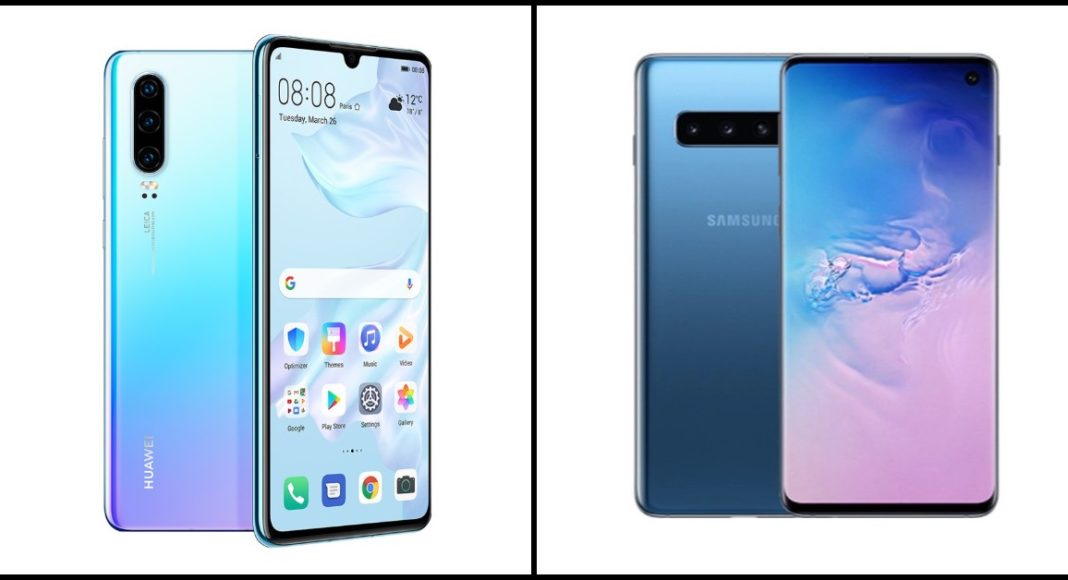 Huawei today unveiled its flagship smartphone P30 Pro along with Huawei P30 at an event in Paris, France today. Although the flagship smartphone of the Chinese electronics brand is P30 Pro, Huawei P30 shares a number of its specifications. The successor of Huawei P20 Pro comes is touted to come with a number of photography-centric features and the company claims that it has support for 3X optical zoom and 5X hybrid zoom. Huawei P30 smartphone comes with a triple rear camera setup with a 40MP primary sensor and houses a 3,650mAh battery. The device also has a wide-angle sensor and comes with 6GB RAM and 128GB of internal storage.

The handset competes directly with the vanilla variant of Samsung’s flagship smartphone – Galaxy S10 – that was launched in India some time back. Samsung Galaxy S10 also comes with a triple rear camera setup and runs Android Pie skinned with One UI. Here, we have compared all the specifications of the two flagship smartphones so that you can know which among the two premium handsets is the right buy for you. So if you have been thinking of buying one among the two premium handsets, and can’t decide which one is the right one, read on our comparison to know: