Customers can take advantage of tempting offers on Amazon.in. 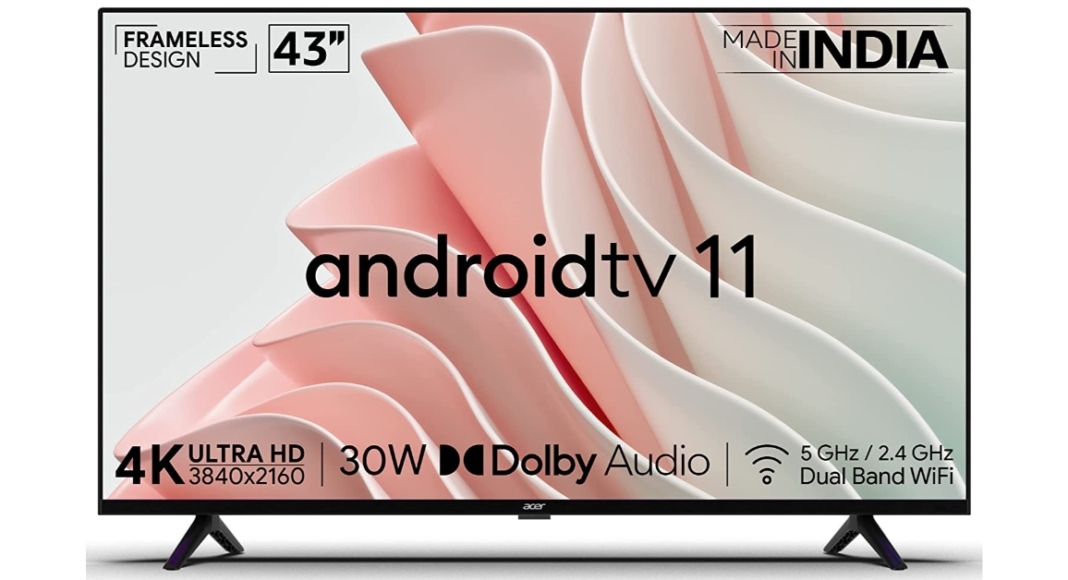 This Independence Day, Acer TVs has released a plethora of alluring discounts on its most recent line of Android 11 televisions. Customers can take advantage of tempting offers on Amazon.in. All the models from Acer I-Series HD Ready Android Smart LED TV and I-Series 4K Ultra HD Android Smart LED TV are now up for sale during the ongoing sale on the e-commerce platform.

Customers may get Acer Television I-Series, powered by the most recent version of Android, for pricing they’ve never seen before. All Acer I-Series models, including the 32HD, 43UHD, 50UHD, and 55UHD, are offered at tempting discounts during the sale period, with prices starting at 12,990 on Amazon.in. During the sale period, customers may also take advantage of additional bank savings on a number of debit and credit cards.

The 43inch, 50inch, and 55inch sizes of the Acer I-Series 4K Ultra HD Android Smart LED TV are available. The 43inch will be sold on Amazon.in for an enticing price of 24,999 instead of its regular price of 34,990. On Amazon, the 50″ version costs 29,990 and the 55inch version costs 34,990. During the sale period, customers may also take advantage of additional bank savings on a number of debit and credit cards.

The newest Android 11-powered Smart TVs from Acer are the I-Series models. With the ability to stream material with Chromecast built-in and access to more than 5000 apps in the Google Play store, enjoy immersive entertainment. I-Series boasts a variety of features that let users to enjoy premium television in the comfort of their homes, including motion enhancement, true-to-life 4K graphics, Dolby audio format driven by 30-Watt high fidelity speakers, and deeply immersive viewing.

Komila Singhhttp://www.gadgetbridge.com
Komila is one of the most spirited tech writers at Gadget Bridge. Always up for a new challenge, she is an expert at dissecting technology and getting to its core. She loves to tinker with new mobile phones, tablets and headphones.
Facebook
Twitter
WhatsApp
Linkedin
ReddIt
Email
Previous article
Xiaomi and Redmi TVs price in India dropped by up to Rs 6,000, price starting at Rs 15,499
Next article
Amazon Quiz Answers Today 9 August 2022: Participate to win Rs 5,000