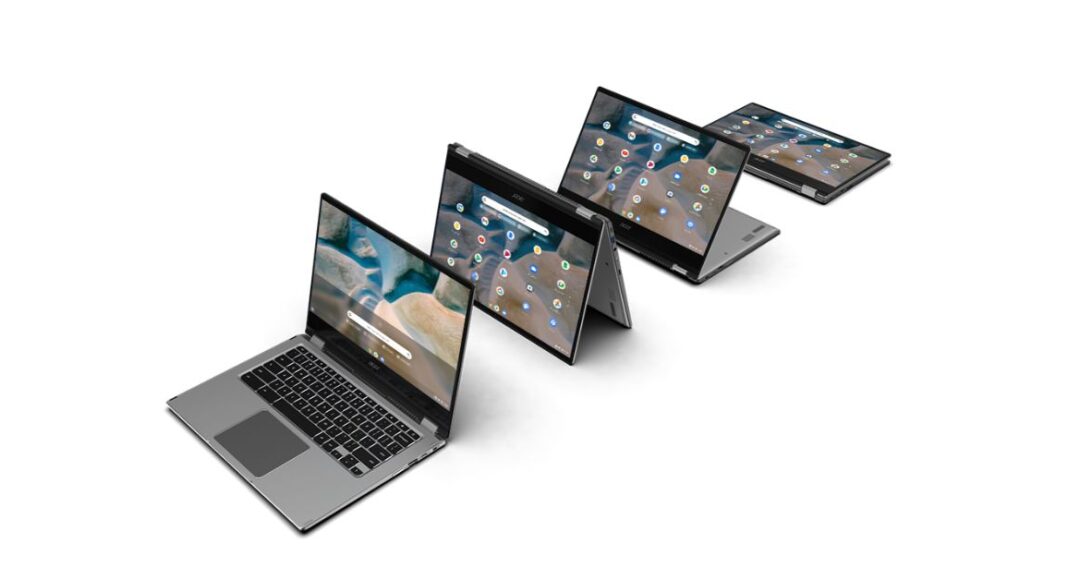 Acer has officially unveiled its first Chromebook with AMD Ryzen Mobile Processors and AMD Radeon Graphics. The Acer Chromebook Spin 514 has been launched in North America as well as EMEA. The business-ready Acer Chromebook comes with responsive performance, fast start-up and long battery life. Whereas the Acer Chromebook Enterprise Spin 514 will include Chrome Enterprise Upgrade – the built-in business capabilities of Chrome OS. Besides this, it has a metal chassis with military-grade durability and comes in a compact, convertible form factor and 360-degree hinges. Moreover, it has narrow bezels and newly-designed keys for improved typing, and Google Assistant.

Acer Chromebook Spin 514 models with AMD Ryzen 7 3700C or Ryzen 5 3500C quad-core processors will also include the latest AMD Radeon Graphics for enhanced gameplay. The new laptop by Acer is based on “Zen” architecture, which enables fast boot times and long battery life also streaming content, utilizing multiple apps simultaneously or running office productivity tools. In addition to this, it also helps in tackling projects for work and school such as video editing and coding. 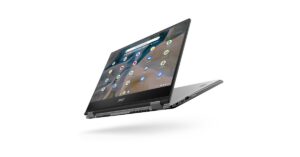 The Chromebook has a sleek chassis with a stylish diamond-cut pattern on the top cover and touchpad. It offers military-grade durability (U.S. MIL-STD 810H1 compliant2). While the metal chassis is resistant to dents, dings, and corrosion. It can survive drops from heights of up to 122 cm (48 inches) and withstand up to 60 kg (132 pounds) of downward force. The laptop features a 14-inch Full HD touch IPS panel protected with Corning Gorilla Glass touch display. The side bezels are 6.1 mm slim and offer a 78% screen-to-body ratio.

The device features a convertible design that can be opened a full 360-degrees, enabling its touchscreen display to be used for collaboration, sharing, presenting or typing in a variety of spaces and environments. It is available in three colors: Pure Silver, Steel Gray and Mist Green.

Dual integrated stereo speakers are great for entertainment and video chats, while dual microphones effectively pinpoint sound to allow for clearer audio during video calls, when recording audio and video, and also to support the integrated Google Assistant. Whereas Dual-band Wi-Fi 5 (802.11a/b/g/n/ac) with 2×2 MU-MIMO technology provides a fast and reliable wireless connection for more consistent streaming during video chats using the HD webcam.

On the other hand, Acer Chromebook Enterprise Spin 514 is a business-ready model that is claimed to provide security, enterprise capabilities and cost savings, helping businesses manage devices at scale. It also includes Chrome OS and Acer Chromebooks by enabling IT to secure, orchestrate and power the cloud workforce therefore creating a secure and productive environment. 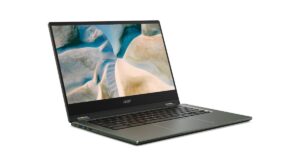 According to the company, the IT administrators will find it easy to control updates, configure apps, utilize extensions to increase browser functionality, update policies, and more with web-based management. In addition to this, the IT departments can drop ship the Acer Chromebook Enterprise Spin 514 to end-users – the device will automatically enroll into enterprise administration as soon as the end-user connects to the internet. Chrome OS simplifies the process of deploying, managing and powering a cloud workforce, ultimately increasing uptime and reducing total cost of ownership (TCO). The device will be available with up to 16 GB DDR4 DRAM and up to 256 GB of fast PCIe NVMe SSD storage.

Komila Singhhttp://www.gadgetbridge.com
Komila is one of the most spirited tech writers at Gadget Bridge. Always up for a new challenge, she is an expert at dissecting technology and getting to its core. She loves to tinker with new mobile phones, tablets and headphones.
Facebook
Twitter
WhatsApp
Linkedin
ReddIt
Email
Previous article
Lenovo launched its new line up of Yoga and IdeaPad Slim laptops in India
Next article
January 9 Amazon Quiz: Participate to win Fujifilm Instant Camera