The company launched line up of laptops, desktops and monitors 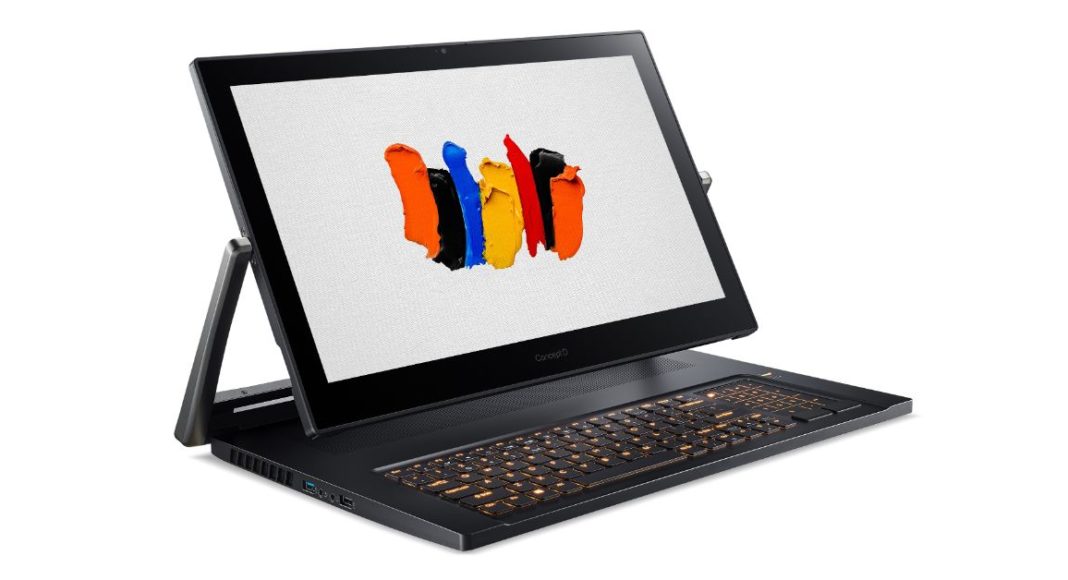 Taiwanese electronics brand Acer announced the launch of its new series of Concept D laptops, desktops and monitors in India. The series has been specially designed for both consumers and commercial users in the country.

The concept D and the Concept D Pro series launched by Acer is for the professional creators such as graphic designers, filmmakers, engineers, architects, and developers. In the series, the company launched ten new devices that include ConceptD 500 Desktop, ConceptD 3, 9, 7 and 5 Notebooks, CP3 Monitor, ConceptD 9 Pro, 7 Pro, 5 Pro and 3 Pro.

The new series is designed for a variety of purposes all the laptops have been powered by up to 9th Gen Intel Core processors with NVIDIA GeForce/Quadro RTX GPUs. According to the company all the newly launched devices come in a gorgeous, timeless design, featuring pure-white or matte-black finish, with amber-colored keyboard backlighting, and a clean and thought-out design aesthetic.

Concept D 500 desktop equips a range of NVIDIA GPUs up to the Quadro RTX 4000 with 9 gen Intel Core processor, up to 64 GB RAM and 1 TB SSD with up to 2TB HDD. The desktop is best suits for video editors, graphics designers, animators and 3D artists, photographers and broadcasters.  The desktop has been priced at Rs 99,999 and will be available via E-Store and Acer Malls from January 2020 onwards.

ConceptD Series Notebooks is a collective of ConceptD 9, 7, 3 and 5 creator notebooks that comes with a ConceptD timeless design, and 4K UHD IPS PANTONE Validated displays. ConceptD 9 is ideal for 3D work. It is powered by a 9th Gen Intel Core i9 processor, an NVIDIA GeForce RTX 20801, up to 32GB of DDR4, and two 1 TB PCIe NVMe SSDs in Raid 0. It is priced at Rs 3,59,999 onwards.

ConceptD 7 features a 9th Gen Intel Core i7 processor and NVIDIA GeForce RTX 2080 graphics with Max-Q Design. The notebook will be available via E-Store and Acer Malls from January 2020 with a price tag of Rs 1,79,999.

ConceptD 3 and ConceptD 5 notebooks comes in a 15 inch and 17-inch display options. These comes with up to 9th Gen Intel Core i7 processors and with up to NVIDIA GeForce RTX 2060 GPUs. Both devices are now available for purchase. The ConceptD 5 comes with a starting price of Rs 1,09,999 whereas ConceptD 3 comes at Rs 99,999 onwards.

Now coming to the ConceptD Pro has a collection of 4 laptops that are part of NVIDIA’s RTX Studio certification program. ConceptD 9 Pro features a 17.3-inch 4K display with 3840 x 2160 pixels of resolution. It packs up to 9th Gen Intel Core i9 processors with up to NVIDIA Quadro RTX 5000 graphics aimed at AI/deep learning, engineering simulations and large animation studios requiring power, flexibility and cross-compatibility. It also comes with a Wacom® EMR stylus for sketching and drawing.

ConceptD 7 Pro comes with a 15.6-inch 4K display and features up to a 9th Gen Intel Core i7 processor with NVIDIA Quadro RTX 5000 GPU options are ideal for data scientists, software developers, engineers and professional design studios. ConceptD 5 Pro is offered in a screen size of 15.6- and 17.3-inch IPS display with a 4K UHD resolution and is aimed at architects, 3D animators, special effects producers and small design studios for  CAD design, animation and simulation workflows.  Whereas the ConceptD 3 Pro has been designed for as photographers, industrial design students, interior and graphic designers as well as social media mavens such as YouTuber streamers. The laptop comes equipped with up to 9th Gen Intel Core i7 processors and NVIDIA Quadro T1000 graphics.

Komila Singhhttp://www.gadgetbridge.com
Komila is one of the most spirited tech writers at Gadget Bridge. Always up for a new challenge, she is an expert at dissecting technology and getting to its core. She loves to tinker with new mobile phones, tablets and headphones.
Facebook
Twitter
WhatsApp
Linkedin
ReddIt
Email
Previous articleTata Motors unveils its electric vehicle Nexon EV in India
Next articleFlipkart’s Year-End Sale: Great discount on Motorola and Lenovo smartphones