Customers who buy the Acer television will receive a 3-year warranty. 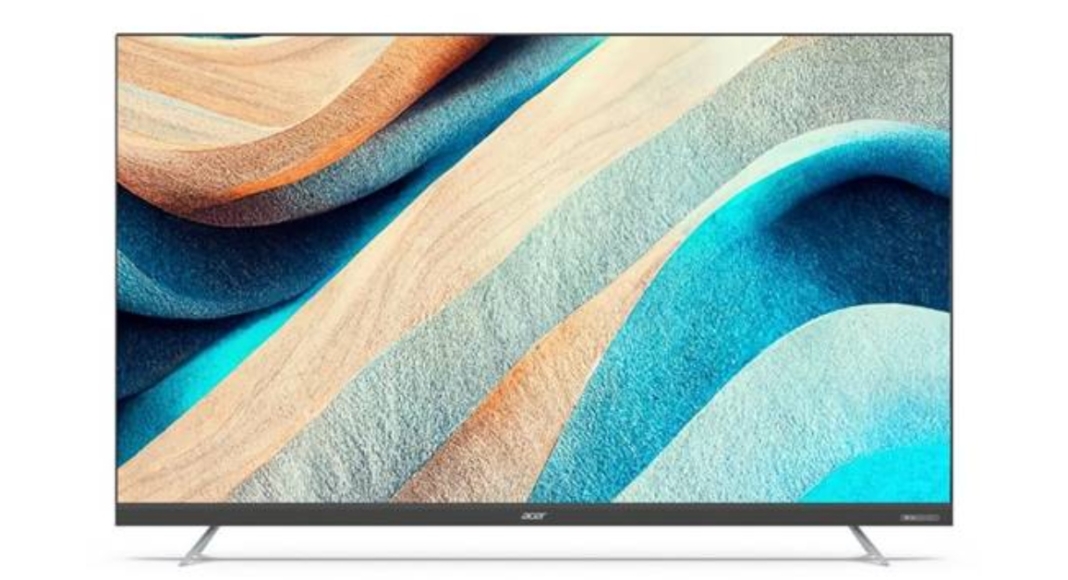 Indkal Technologies has announced the pricing of its complete range of Acer S-series and Acer H-series of premium televisions which launched in India last week. Both the televisions run on the Android 11 operating system right out of the box. With MEMC technology for better picture quality, along with Dolby Atmos and Vision support. The televisions also feature a Hi-Fi Pro audio system. The H series of these systems has a 60-watt sound output, and the 65-inch model has a 50-watt soundbar.

Customers can get the premium range of Acer televisions at a fantastic price during the sale period that begins today. These televisions are available in 32-inch HD, 43-inch UHD, 50-inch UHD, 55-inch UHD, and 65-inch UHD options. The promotion will run through September 30, 2022, or while supplies last, which the brand has warned are limited.

Both Amazon.in and a large number of retail outlets sell the products.

The newest model of Acer televisions with an integrated soundbar that offers users an unmatched audio experience is the S-Series Android 11 Smart LED TV. The smart television has a 4K ultra-high-definition display that is powered by Dolby Vision and Dolby Atmos. Dual-band Wi-Fi, 2-way Bluetooth, 2 HDMI ports (HDMI 1 supports eARC), and 2 USB ports 2.0 to connect hard drives or other USB devices are just a few of the segment-first capabilities and connectivity options included in the high-end S-Series.

The televisions of the Acer S-series and H-series are powered by Cortex-A55 processors. The 32-inch S-series model has 1.5GB RAM and 8GB onboard storage, whilst the devices feature 2GB RAM and 16GB internal storage.

The S-Series will be sold throughout the sale period for a price tag of Rs 12,999 and Rs 64,999 for the two screen sizes: 32-inch HD and 65-inch UHD respectively. On a few select debit and credit cards, customers can additionally benefit from additional bank discounts.

The H-Series runs Android 11. The television, which is available in a frameless design, has a premium metal finish shell body and matt finish metal stands. The H-Series is equipped with MEMC and powered by Dolby Vision and Dolby Atmos to produce an immersive television viewing experience. Additionally, the H-Series boasts a variety of features that enable users to enjoy top-notch television from the comfort of their homes, and it is complimented by strong 60W HiFi Pro speakers.

There are three different size options for the H-Series Android 11 Smart LED TV: 43-inch, 50-inch, and 55-inch. The 43-inch will be sold for an appealing price of 25,999 instead of its regular price of 29,999. The price of the 50-inch variant is 28,999, and the price of the 55-inch variant is 33,999. During the sale period, customers may also take advantage of additional bank savings on a number of debit and credit cards.

Komila Singhhttp://www.gadgetbridge.com
Komila is one of the most spirited tech writers at Gadget Bridge. Always up for a new challenge, she is an expert at dissecting technology and getting to its core. She loves to tinker with new mobile phones, tablets and headphones.
Facebook
Twitter
WhatsApp
Linkedin
ReddIt
Email
Previous article
Garena Free Fire Redeem Codes Today 23 September 2022: Here is how to claim them
Next article
Chromecast with Google TV (HD) now available in India for Rs 4,199