After Samsung Galaxy Fold, the South Korean company is getting ready to ship another folding ‘flip’ phone

This time the new Samsung smartphone will close like a clamshell 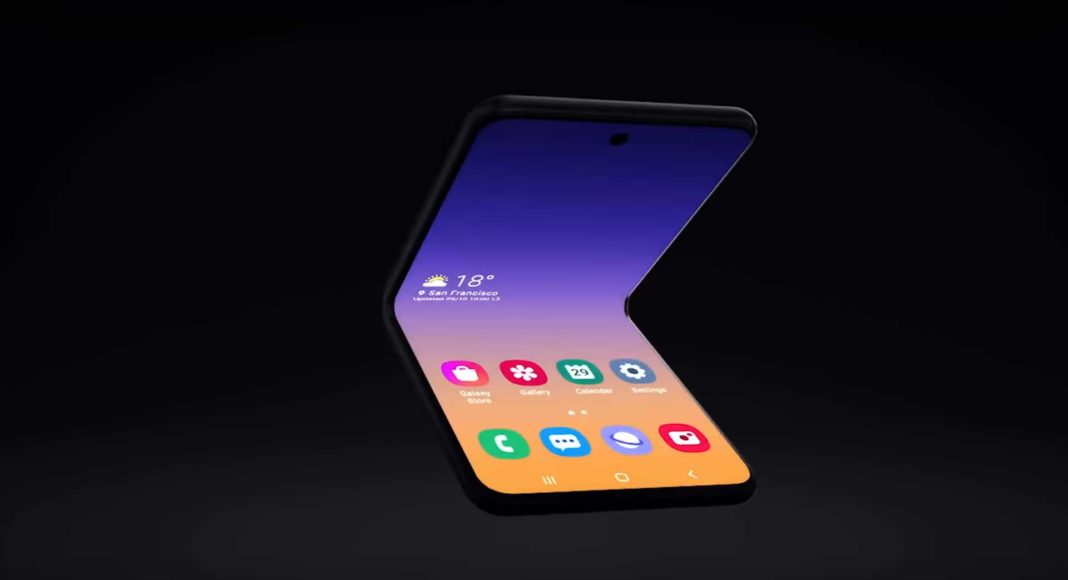 Recently Motorola teased and then sent out invites of its flexible screen smartphone that has been inspired by the Moto Razr series. Now, Samsung has also teased a new vertically folding smartphone just like a clamshell. The Samsung folding phone is the latest by the company. A decade and a half ago, clamshell-type feature phones were all the rage, but not it is all about touch screens.

However, with changing times and flexible LED touchscreens, one can again see folding smartphones. Samsung Galaxy Fold is the perfect example. Samsung in a video has teased the working of the smartphone, which will join together vertically. It will be like a candy bar touchscreen phone when opened. An example of a video being played is also shown that goes to the top half when the phone is folded to a 90-degree angle.

This gives limitless options to the app and game developers and this smartphone by Samsung will ignite imagination. Not much has been said about its technical specifications, but rumours do suggest it will come with 8G or more RAM and screen size of over 6.2-inch when fully opened. Also, it will run the latest Snapdragon 855 CPU or the Exynos 9 series chipset.

Cameras and battery are also unknown. However, looking at the video we can confirm it will have an ‘Infinity O’ display that means the single selfie camera will be in a punch hole on the top middle part of the touchscreen. Also, the touchscreen seems to be edge to edge, which means minimal bezels with metal side trims. Also, Android 10 should with Samsung One UI should be the native operating system on it.

This is a concept smart folding phone that Samsung is right now showcasing, it might be that they show the first prototype at MWC 2020. Which means it might get launched in late 2020 or early 2021. At the moment Samsung is quickly running out of its Galaxy Fold smartphones, which in India alone sold over 1,600 units in the first open sale.

Gadget Bridge Bureauhttp://gadgetbridge.com
Facebook
Twitter
WhatsApp
Linkedin
ReddIt
Email
Previous article
Apple iPhone 11 comprehensive review: As close to perfect as it can be
Next article
5 features Pantum M6502NW laser printer has that will compel you to buy it right now