The device will be available in three colour variants 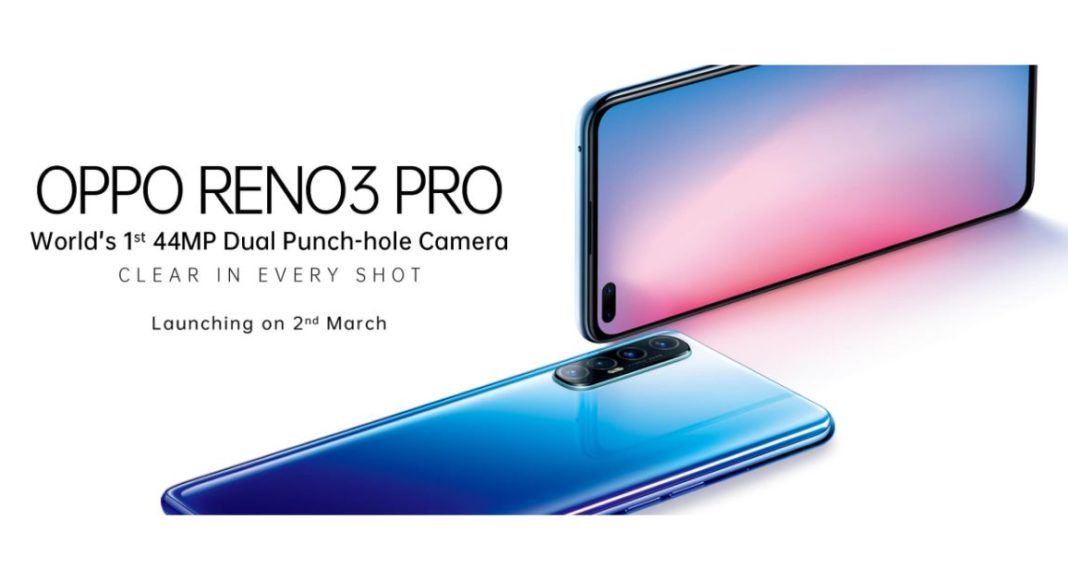 The Chinese smartphone company (Oppo) is gearing for the launch of a new smartphone in India next week. The company is going to launch Oppo Reno 3 Pro in the country on March 2. This time the company has chosen to go for a dual selfie camera instead of the fin-shaped pop-up selfie camera that we have already seen on the popular Reno series in the past. For quite a long time the company has been teasing the phone on its official social media channels and via TV commercials.

Oppo has also shared some official images of the upcoming smartphone in the past. The smartphone is the successor of Oppo Reno 2 and has already been launched in China last year in December. There the company launched 2 devices under the Oppo Reno 3 series out of which the Reno 3 Pro will arrive in India but with a slightly different design. 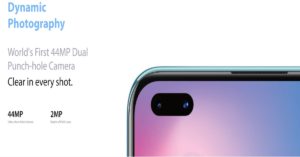 The Oppo Reno 3 Pro is going to feature a dual selfie hole-punch display with a 44-megapixel main selfie camera. And now ahead of the March 2 launch the company has shared some more details of Oppo Reno 3 Pro. The firm has created a dedicated microsite for the upcoming smartphone prior to its official launch. On the microsite, the company has shared information with regards to the smartphone’s camera specifications as well as its features.

Oppo India has also revealed the new colour variants it will be offering the new phone in. As per the promotional page, the device is going to flaunt a dual selfie camera set up that includes a 44-megapixel ultra-clear main snapper along with a 2-megapixel depth of field lens. The camera set up will come with dual bokeh lens for binocular bokeh effect, producing sharper edges and background gradients. Also, it has an ultra night selfie mode that offers AI noise reduction, face protection feature along with highlighting algorithm. 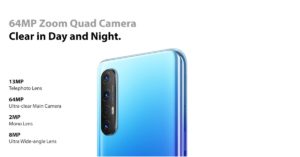 As said, Oppo has also shown the colour variants the device that will be made available in the country. Oppo Reno 3 will be offered in three colour options: Auroral Blue, Midnight Black and Sky White. As per the shared image, the device does not have a rear fingerprint sensor that indicated that it is going to feature an in-display sensor for authentication.

Komila Singhhttp://www.gadgetbridge.com
Komila is one of the most spirited tech writers at Gadget Bridge. Always up for a new challenge, she is an expert at dissecting technology and getting to its core. She loves to tinker with new mobile phones, tablets and headphones.
Facebook
Twitter
WhatsApp
Linkedin
ReddIt
Email
Previous article
Realme 6 and Realme 6 Pro to launch on March 5 in India, registration for blind order begin
Next article
Samsung announces new deals and offers on the pre-booking of Samsung Galaxy S20, Galaxy S20+ and Galaxy S20 Ultra