The sale will bring huge discounts on smartphones, electronics and others. 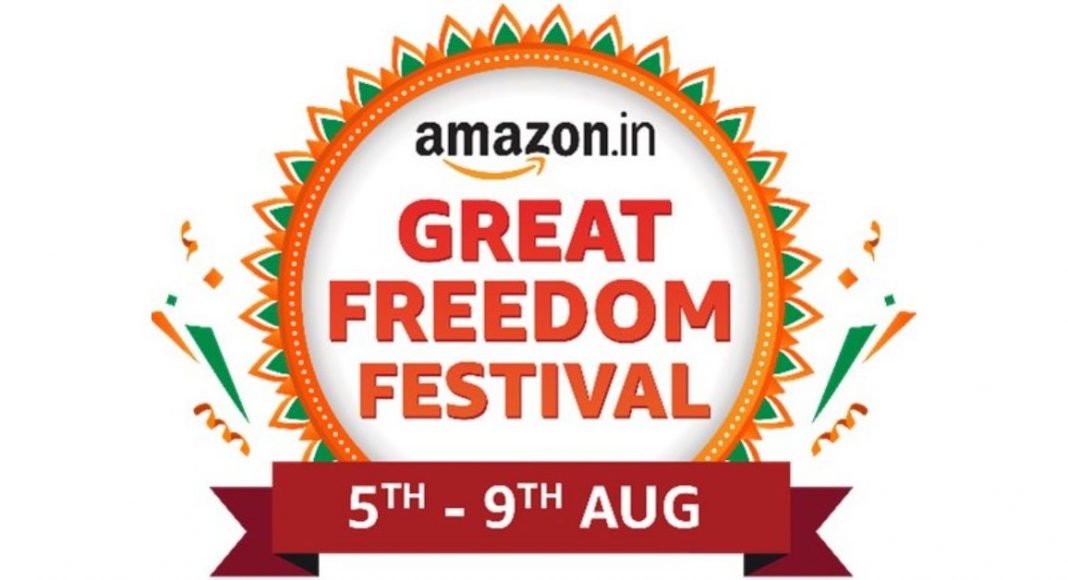 The e-commerce website Amazon has officially announced its upcoming sale on its platform. As Indian Independence Day is approaching the Great Freedom Festival sale will kick off on August 5. It is going to be a five days sale that will run till August 9 midnight. There will be exciting deals and offers on products across various categories including Electronics, Laptops, Cameras, Fashion & Beauty essentials, Home and kitchens, TVs and Appliances, Mobile phones, Laptops, Amazon Business, Groceries and Daily Essentials and much more.

As per the e-retailer customers can also look forward to the latest launches across different categories by brands such as Samsung, LG, Whirlpool, Aquaguard, Bajaj, Pigeon, and others. There will be up to  60% off on cameras, smart security cameras, Instant Polaroid cameras as well as accessories such as tripods,  ring lights and more. Smartphones and  Accessories will be available at up to 40 percent discount. 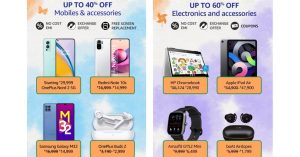 Amazon Great Freedom Festival sale will also offer up to 60% off on speakers, high-speed Wi-Fi routers, smartwatches and mobile and camera memory cards. There will be up to Rs 30,000 off on laptops and 30 per cent and 50 percent off on printers and gaming accessories respectively.

Fitness bands starting at Rs 999 will also be on offer. Up to 50% off on soundbars and home theatres, pc components and on internal SSDs will be available too.

Amazon Sale will also offer up to 60% off on IT accessories, stationery and office electronics, 55% off on monitors and Rs 4,000 off on the purchase of desktops. Other electronic items such as ACs, refrigerators, washing machines and more will see huge discounts. According to the company, you can consider getting new Air Conditioners with up to 40% off along with no-cost EMI starting Rs 1312/month. Refrigerator and washing machines can be bought at up to 30 off. Up to 35 percent and 55 percent off will be provided on microwaves and chimneys respectively. 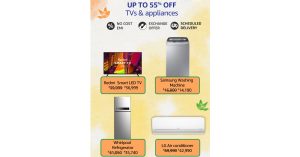 During the Amazon Great Freedom Festival sale there will be up to 50% off on 40- and 43-inch Smart TVs, up to 60% off on large screen 4K TVs, Smart TVs and projectors. Other miscellaneous devices such as Amazon Echo smart speakers and displays will bring up to 45% savings. Whereas you can also get 44% off on Fire TV devices and stream your favourite movies, TV shows and latest releases from Prime Video on the big screen. Fire TV Stick bundle with annual subscriptions of Zee5, Sony Liv, and Voot Select – Limited Period Offer will get 45 percent off. Get up to ₹3,000 off on your favourite Kindle eReaders.

Prime customers will get even more benefits with Advantage – Just for Prime Program. This would see 3 months extra No Cost EMI on select bank Cards and 6 Month Free screen replacements on a wide range of mobiles from Xiaomi, Samsung, iQOO and more. There will be a minimum of Rs 650 off on the exchange of top-selling feature phones from OPPO, Vivo and Samsung. Therefore allowing customers to save up to Rs. 3,500 extra on their smartphone purchases by exchanging their old feature phones as well

Komila Singhhttp://www.gadgetbridge.com
Komila is one of the most spirited tech writers at Gadget Bridge. Always up for a new challenge, she is an expert at dissecting technology and getting to its core. She loves to tinker with new mobile phones, tablets and headphones.
Facebook
Twitter
WhatsApp
Linkedin
ReddIt
Email
Previous articleThe Google Pixel 6 and Pixel 6 Pro look really cool, to be powered by Google Tensor chip
Next articleFitbit Luxe and Fitbit Luxe special edition now available in India