Apple parts ways with Intel, will use these new CPUs

The transition to Apple silicon in the Mac will make it far easier for developers to write and optimize software for the entire Apple ecosystem. 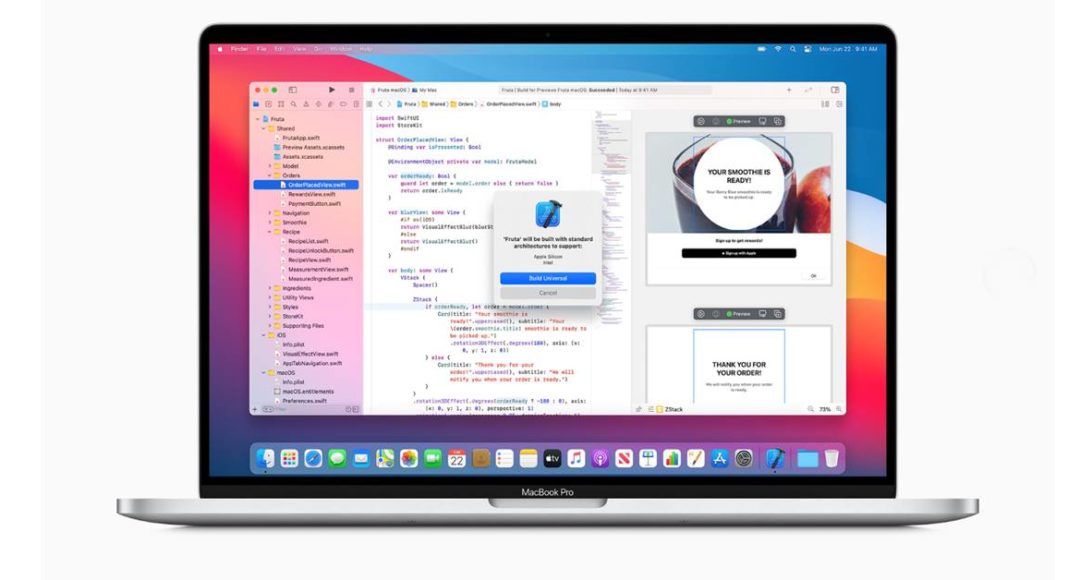 In what is being consider as an historic decision for the Mac, Apple during the WWDC20 has announced that it will transition the Mac to its world-class custom silicon from using Intel processors to deliver industry-leading performance and powerful new technologies. Developers can now get started updating their apps to take advantage of the advanced capabilities of Apple silicon in the Mac. This transition will also establish a common architecture across all Apple products, making it far easier for developers to write and optimize their apps for the entire ecosystem.

Apple also introduced macOS Big Sur which delivers its biggest update in more than a decade and includes technologies that will ensure a smooth and seamless transition to Apple silicon. This next major release of macOS can easily convert their existing apps to run on Apple silicon by taking advantage of its powerful technologies and performance. With this, developers can make their iOS and iPadOS apps available on the Mac without any modifications for the very first time.

In order to enable developers to get started with Apple silicon, the Cupertino-based tech giant is also launching the Universal App Quick Start Program, which provides access to documentation, forums support, beta versions of macOS Big Sur and Xcode 12, and the limited use of a Developer Transition Kit (DTK), a Mac development system based on Apple’s A12Z Bionic System on a Chip (SoC).

Since more than last 10 years, Apple’s world-class silicon design team has been building and refining Apple SoCs. The result is a scalable architecture custom designed for iPhone, iPad, and Apple Watch that leads the industry in unique features and performance per watt, and makes each of them best in class. According to the tech giant, “Apple is designing a family of SoCs for the Mac. This will give the Mac industry-leading performance per watt and higher performance GPUs — enabling app developers to write even more powerful pro apps and high-end games.”

Additionally, it also provides access to technologies such as the Neural Engine that will make the Mac an amazing platform for developers to use machine learning. This will also create a common architecture across all Apple products, making it far easier for developers to write and optimize software for the entire Apple ecosystem.

Meanwhile, an AppleInsider report has revealed that Intel spokesperson claimed, “Apple is a customer across several areas of business and we will continue to support them. Intel remains focused on delivering the most advanced PC experiences and a wide range of technology choices that redefine computing. We believe Intel-powered PCs— like those based on our forthcoming Tiger Lake mobile platform— provide global customers the best experience in the areas they value most, as well as the most open platform for developers, both today and into the future.”

Saba Haiderhttp://www.gadgetbridge.com
Facebook
Twitter
WhatsApp
Linkedin
ReddIt
Email
Previous article
Marvel’s Avengers will be available on PlayStation 5 as well as Xbox Series X: Here is how you can get it for free at launch
Next article
Acer launches its new Enduro lineup of rugged notebooks and tablets in India