Apple Podcasts Subscriptions and channels are now live across the globe

Each Apple Podcasts Subscription can be shared among six family members through Family Sharing. 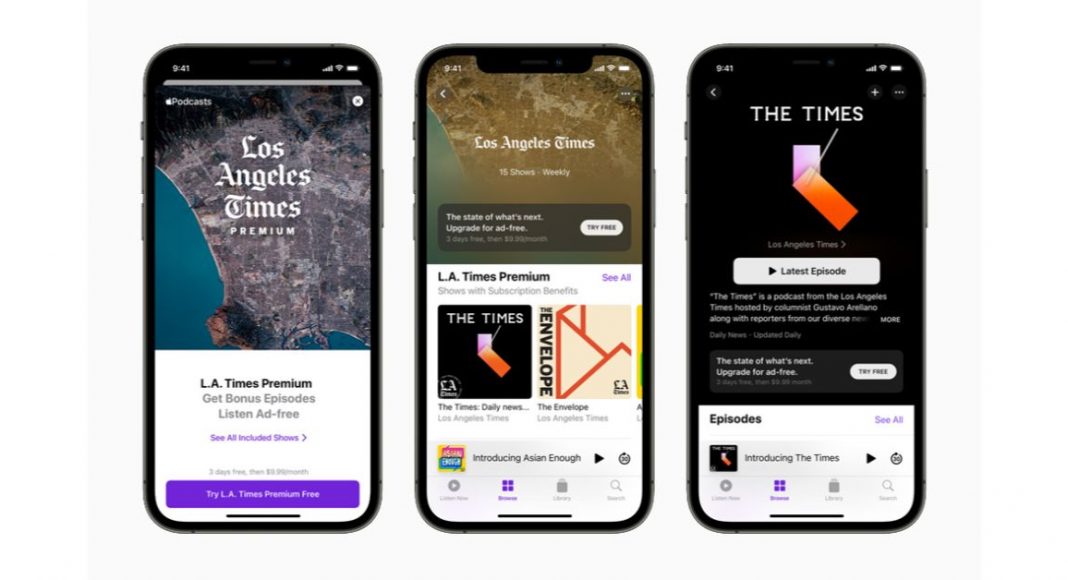 Apple has announced the release of its new podcast subscription and channels for the global market. With this initiative, the users will be able to purchase subscriptions for individual shows and group of shows through its channels. In addition to this, the listeners can also avail themselves of benefits such as ad-free listening and early access.

The Podcast service by Apple was announced a few months back and now it has been officially launched for iOS, iPadOS, and macOS users. Commenting on the launch the company said, “Starting today, listeners in more than 170 countries and regions1 can purchase subscriptions for individual shows and groups of shows through channels, making it easy to support their favourite creators, enjoy new content, and unlock additional benefits such as ad-free listening and early access, directly on Apple Podcasts.”

The users can get access to several subscriptions and channels featuring brand new shows including news, comedy, sports, and true crime. With the launch of Apple Podcasts Subscriptions and channels, the company aims to keep its customers stay informed, entertained, connected, and inspired. You can also subscribe to the shows from essential independent voices like “Birthful” with Adriana Lozada, “Pantsuit Politics” with Beth Silvers and Sarah Stewart Holland, “Snap Judgment” with Glynn Washington, and “You Had Me At Black” with Martina Abrams Ilunga; premier studios such as Lemonada Media, Luminary, Realm, and Wondery; and leading media and entertainment brands, including CNN, NPR, The Washington Post, and Sony Music Entertainment.

According to Apple, when the listeners buy a subscription to a show, they automatically follow the show and the page is updated with a Subscriber Edition label so they know they have access to the premium experience. You will also be able to Search, explore recommendations from the Listen Now and Browse tabs, and share channels using Messages, Mail, and other apps. When they are subscribed to the channels the Listen Now tab expands with new rows that provide easy access to all of the content included in the channel and with their subscription. With two or more channel subscriptions you will see the My Channels row in the Listen Now tab, where you will be able to browse and follow all of the shows offered. More perks include early access to new seasons of critically acclaimed and fan-favourite series and ad-free listening. Moreover, some shows may offer bonus episodes throughout the season.

In terms of availability, the Apple Podcasts Subscriptions and channels are available to listeners in more than 170 countries and regions on Apple devices running iOS 14.6, iPadOS 14.6, and macOS 11.4 or later. So the subscribed content can be played on Apple Watch with watchOS 7.5 or later, on Apple TV with tvOS 14.6 or later, and with HomePod, HomePod mini, and CarPlay.

As per the company the pricing will be set by the creator whereas the listeners can manage their subscriptions, and switch from monthly to annual billing if offered, from their Apple ID Account Settings, accessible from the top of the Listen Now tab in Apple Podcasts. The service can be shared among six family members through Family Sharing.

Komila Singhhttp://www.gadgetbridge.com
Komila is one of the most spirited tech writers at Gadget Bridge. Always up for a new challenge, she is an expert at dissecting technology and getting to its core. She loves to tinker with new mobile phones, tablets and headphones.
Facebook
Twitter
WhatsApp
Linkedin
ReddIt
Email
Previous article
Best measurement apps, to measure anything using your smartphones
Next article
How to write English? Best free websites and apps that will help you