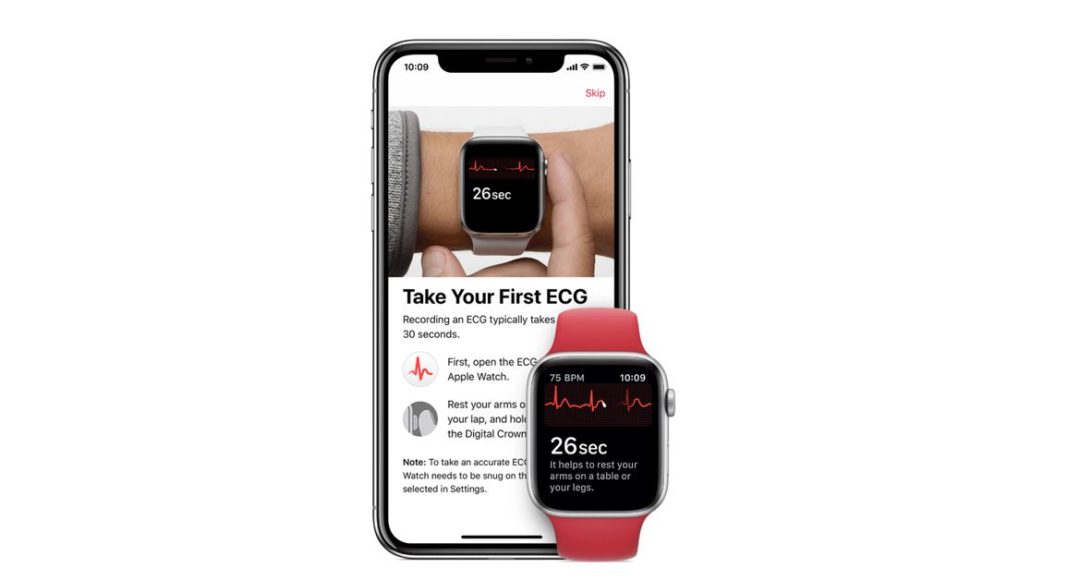 Apple has released a new OS update called WatchOS 5.2 for all the compatible Apple Watches. The new update brings many new features to the Apple Watch and the most prominent one among them is support for the ECG app. But the ECG support feature will only be available for 19 markets in Europe and some others in Hong Kong. Other new features that the WatchOS 5.2 brings include an expanded irregular heart rhythm notification feature for the new markets. Currently, both the new features are limited to the Apple Watch Series 4. Furthermore, the new update adds support for second-generation AirPods.

Out of all the changes the WatchOS 5.2 brings, the support of ECG app seems to be the most noticeable and important change. With this feature, the users can record an electrocardiogram using their Apple Watch. The feature is currently available for Hong Kong markets and several European markets which includes Austria, Belgium, Denmark, Finland, France, Germany, Greece, Hungary, Ireland, Italy, Luxembourg, Netherlands, Norway, Portugal, Romania, Spain, Sweden, Switzerland, and the UK. But it should be noted that, the ECG feature had already made its debut in December last year in the US and its territories such as Puerto Rico and Guam. The new WatchOS 5.2 update came a week after the debut of iOS 12.2.

Jeff Williams, Apple’s Chief Operating Officer said “We’ve seen the ECG app and irregular rhythm notifications on Apple Watch have meaningful impact on our customers across the United States. We are excited to bring these features to customers in Europe and Hong Kong, giving them access to empowering information about their heart health.”

Speaking about the update, Apple said that the WatchOS 5.2 brings the new and updated security content and it fixes 29 vulnerabilities which were found on models starting from Apple Watch Series 1. The update adds several other features and fixes the problems of the old update.

Aman Singhhttps://www.gadgetbridge.com/
Aman Kumar Singh has a Masters in Journalism and Mass Communication. He is a journalist, a photographer, a writer, a gamer, a movie addict and has a love for reading (everything). It’s his love of reading that has brought him knowledge in various fields including technology and gadgets. Talking about which, he loves to tweak and play with gadgets, new and old. And when he finds time, if he finds time, he can be seen playing video games or taking a new gadget for a test run.
Facebook
Twitter
WhatsApp
Linkedin
ReddIt
Email
Previous articleTwitch Prime now offers Nintendo Switch Online service free for a year
Next articleSecurity researcher accused of hacking into Microsoft and Nintendo’s servers