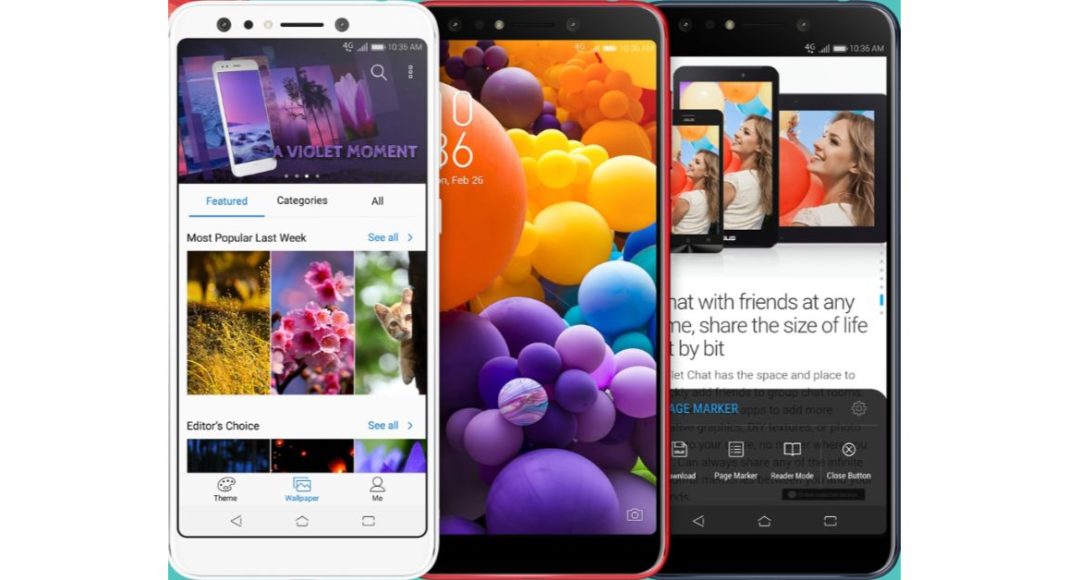 If you own an Asus Zenfone 5 Lite smartphone, you would be happy to hear that the device has finally started rolling out the Android Pie update to the handset.  Asus ZenFone 5 Lite (ZC600KL) is also known as ZenFone 5Q/ ZenFone 5 Selfie Pro in certain markets.

The company announced that it has started rolling out the Android Pie update to the Zenfone 5 Lite on its official Zentalk forum. With this, Asus has finally decided to bring a major OS update on a budget smartphone.

The new Android Pie update comes with firmware version number 16.0610.1905.79. The post share by the company says, “Since the server pushes update notice to different serial numbers by batches, it may take some days for you to receive the FOTA notice.”

If the users have not received the new firmware update, they can manually update it by visiting a link provided by the company. To check for updates, users can go to Settings and then tap on ‘System updates’. This will show if there are any updates that can be downloaded manually.

To recall, Asus had launched the Asus ZenFone 5 Lite smartphone in February last year along with the ZenFone 5 and Zenfone 5Z. The smartphone features a 6.00-inch full-HD+ touchscreen display with a resolution of 1080×2160 pixels and an 80.3 percent screen-to-body ratio.

The device weighs 165grams and is built with a glass and aluminum body. The device is powered by an octa-core Qualcomm Snapdragon 430 processor. The device was launched in a single storage variant that has 3GB of RAM with 32GB of inbuilt storage. It can also hold a microSD card (up to 2000GB). When launched, the smartphone ran Android 8.0 Oreo skinned with ZenUI 5.0 and it houses a 3,300mAh battery. On the imaging front, the Asus ZenFone 5 Lite features a 16-megapixel primary sensor with an f/2.2 aperture paired with a secondary 8-megapixel sensor at the rear panel. On the front, it sports a 20-megapixel primary sensor paired with an 8-megapixel secondary sensor for selfies. The device was launched three colour variants – Midnight Black, Moonlight White, and Rouge Red.

Komila Singhhttp://www.gadgetbridge.com
Komila is one of the most spirited tech writers at Gadget Bridge. Always up for a new challenge, she is an expert at dissecting technology and getting to its core. She loves to tinker with new mobile phones, tablets and headphones.
Facebook
Twitter
WhatsApp
Linkedin
ReddIt
Email
Previous articleRealme C1 starts receiving Android Pie-based ColorOS 6 update in India
Next articleSony Xperia 20 specifications leaked: Everything known so far