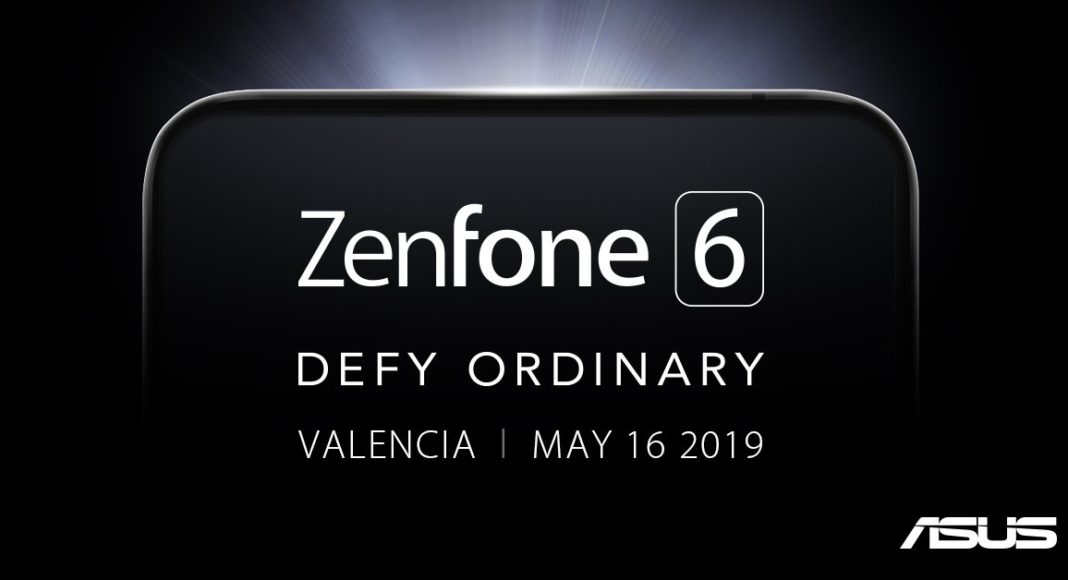 Asus’s upcoming smartphone, the Zenfone 6 is scheduled to launch on May 16 in Spain. It will be the company’s 2019 flagship device and a successor to the Zenfone 5Z. Before its launch, some leaks about its specifications and official teasers have been released. In the official teasers, the device can be seen to have a bezel-less front display. It has also been reported that it will come with a pop-up selfie camera. With the launch of Asus Zenfone 6 still weeks away, the pricing of the handset’s variants has been revealed.

The past week, Asus had teased us with the teaser poster of the upcoming Zenfone 6 launch event that will be held in Spain on May 16. The launch date of the Zenfone 6 is right after the launch of Redmi X, OnePlus 7-series (May 14) and the Realme X (May 15). So, the smartphones launching at the said dates will undoubtedly compete with the Zenfone 6, at least the OnePlus 7 will. In the teaser image, the Taiwanese company showcases a silhouette of a smartphone with a notch-less display. The design of the smartphone hints at a pop-up selfie camera.

Other than that, the Zenfone 6 teaser also mentioned the “Defy Ordinary” tagline which further suggests its distinctive design. According to some earlier leaked renders of the smartphone, the Zenfone 6 would house a dual slider design with front and rear cameras. But we might see this design in the 5G variant of the Zenfone 6.

Furthermore, the Zenfone 6 from Asus appeared on the US Federal Communications Commission (FCC) website. The documents mentions that the device will run Qualcomm Snapdragon 855 SoC. Also, the Asus Zenfone 6 was spotted on the AnTuTu benchmarks which revealed that the smartphone will run Android 9 Pie. It will also have 6GB of RAM and 128GB of internal storage, this could be the base model of the smartphone.

Other details about the upcoming Zenfone 6 will be revealed on the date of its actual release on May 16. But since these reports are based on leaks, they should be taken with a pinch of salt.

Aman Singhhttps://www.gadgetbridge.com/
Aman Kumar Singh has a Masters in Journalism and Mass Communication. He is a journalist, a photographer, a writer, a gamer, a movie addict and has a love for reading (everything). It’s his love of reading that has brought him knowledge in various fields including technology and gadgets. Talking about which, he loves to tweak and play with gadgets, new and old. And when he finds time, if he finds time, he can be seen playing video games or taking a new gadget for a test run.
Facebook
Twitter
WhatsApp
Linkedin
ReddIt
Email
Previous article
Google I/O 2019: Search to get AR-based results, Lens to make its way to Android Go
Next article
Android Q Beta 3 with Dark Theme unveiled: Eligible smartphones, how to download, and new features