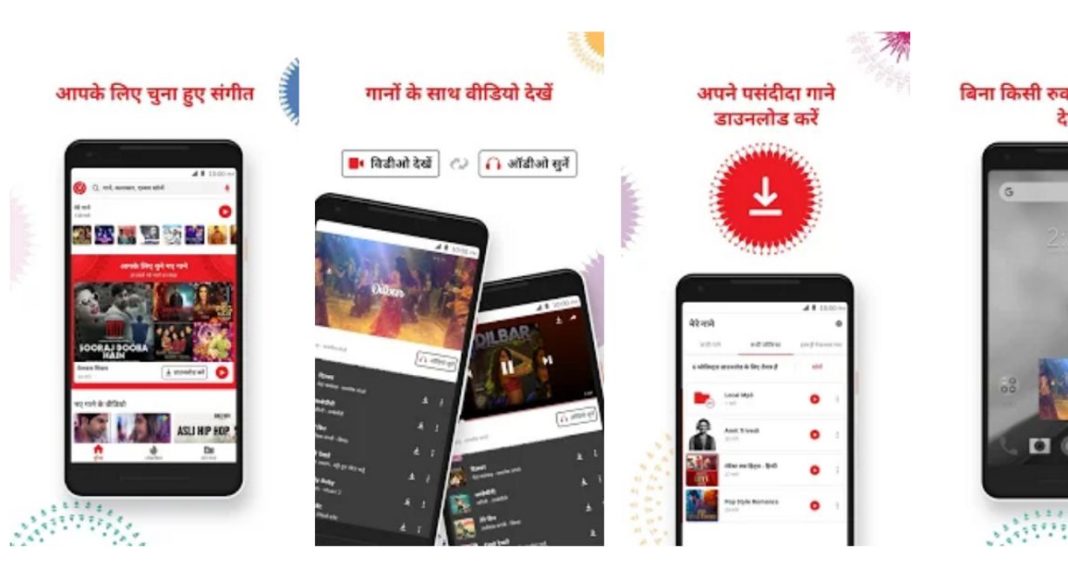 Airtel was recently seen launching new prepaid plans and recharge packs for its loyal customers. And now similar to Jio’s Savaan, Bharti Airtel has launched its new music streaming application – Wynk Tube. According to the company, the new music streaming service was designed keeping its 200 million smartphone users. But the main focus of the Wynk Tube is towards the Tier 2 and Tier 3 towns and villages of the country. Similar to how Reliance Jio has acquired Saavan, Bharti Airtel’s Wynk Tube is also an extension of the original app – Wynk Music.

Currently, the Wynk Tube provides Hindi, Punjabi and Bhojpuri songs and since it is focused mainly for the Tier 2 and Tier 3 towns and villages, the choice of music is justified. The company also claims that the Wynk Tube application can work in the most basic smartphones, it can even work in smartphones with 1GB or less RAM and Android Go or Android Lollipop and higher.

Since it is an extension of the original application, the Wynk Tube comes in a 5MB size but Google Play Store mentions it to be of 6.6MB. During its first stage, it provides access in English and Hindi languages, however, Airtel claims that the app will provide access to more languages in the future including Bhojpuri, Kannada, Marathi, Tamil, and Telugu. The Wynk Tube not just provides audio but video streaming support as well in the same interface. The preferred mode – audio or video – can be chosen with a single click.

The newly launched Airtel’s Wynk Tube like other apps of its kind recommends music according to the user’s preference by using machine learning algorithms to give the recommendations and deliver a personalised experience. It also comes with a Google Voice powered search feature.

Its interface is not new as it shows three tabs Home, Trending and My Music, which is similar to regular Wynk app. To play music from Home and Trending the user need to be connected to the internet. While the My Music lets the user play music without internet as it plays music from his own phone.  The user can also make playlists based on the music of his choice – offline or online. The user also has the ability to change the download quality of the music when he wishes to download the music to his phone. The default choice is HD to which the users can set to High or Medium or Low. When streaming, the user can also set the quality to auto which will then set the quality according to the network.

Bharti Airtel has claimed that its newly launched music app has more than 40 lakh songs and music videos. The app can be downloaded from Google Play Store.

Aman Singhhttps://www.gadgetbridge.com/
Aman Kumar Singh has a Masters in Journalism and Mass Communication. He is a journalist, a photographer, a writer, a gamer, a movie addict and has a love for reading (everything). It’s his love of reading that has brought him knowledge in various fields including technology and gadgets. Talking about which, he loves to tweak and play with gadgets, new and old. And when he finds time, if he finds time, he can be seen playing video games or taking a new gadget for a test run.
Facebook
Twitter
WhatsApp
Linkedin
ReddIt
Email
Previous articleSamsung Galaxy S10 5G explodes in Korea: Report
Next articleRedmi Note 7 Pro gets support for popular battle-royal game Fortnite