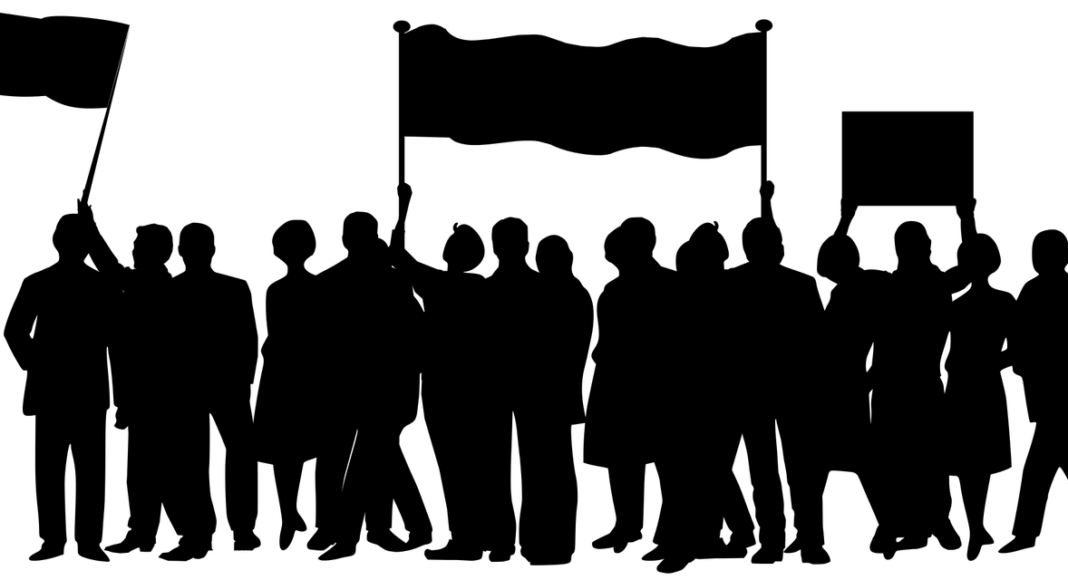 On Monday, Congress President Rahul Gandhi addressed start-up entrepreneurs at an event in Bengaluru where he talked about his plans about India and the entrepreneurs once he came into power. Outside the venue, a large number of people gathered and raised slogans supporting the Indian Prime Minister Narendra Modi.

A video was released later which showed policemen chasing away the protectors shouting and chanting ‘Modi-Modi’ loudly. The venue of the event was Manyata Tech Park where the Congress President was addressing the people. The protesters were carrying placards and boards which demanded Rahul Gandhi to leave the venue. When the chants and slogans of the pro-Modi supporters grew louder, Police intervened to take control of the situation and clear the area.

The BJP Karnataka’s Twitter handle wrote ‘Democracy in Danger’ as they posted a video saying that ‘this is the real face of democracy in a Cong JDS ruled state. Its total dictatorship where freedom of choice and expression of citizens is supressed’. They also attached a video showing the police taking the protestors into custody.

But the Bengaluru Police denied the arrest allegations. One of the senior police officer Seemanth Kumar Singh tweeted that ‘No one has been arrested, only people were dispersed without the use of force’.

This is the real face of democracy in a Cong JDS ruled state. It’s total dictatorship where freedom of choice & expression of citizens is suppressed. pic.twitter.com/5GoQJO2OqI

While the National President of the BJP, Amit Shah shared the video on his Twitter handle saying that ‘Hugs for ‘Tukde Tukde’ gang and arrest of peaceful youth raising pro-Modi slogan? Where are the champions of ‘Free Speech’? Yuvraj of Congress must know ‘an era moves in the direction in which the youths move’. Stop intimidating youth of India, which has rejected your brand of politics.’

Where are the champions of ‘Free Speech’?

Stop intimidating youth of India, which has rejected your brand of politics. https://t.co/AXqeyihKJy

Officer Singh also said that, one section of the protesting crowd was too close to the SPG (Special Protection Group) protectee – Rahul Gandhi. So, the police present on scene had to get the crowd in control.

It should be noted that the state BJP leader CT Ravi has also alleged that some workers of the opposing party ‘attacked techies who shouter Modi-Modi slogans. But till now, there isn’t any proof about the violence between the Congress and BJP workers.

Aman Singhhttps://www.gadgetbridge.com/
Aman Kumar Singh has a Masters in Journalism and Mass Communication. He is a journalist, a photographer, a writer, a gamer, a movie addict and has a love for reading (everything). It’s his love of reading that has brought him knowledge in various fields including technology and gadgets. Talking about which, he loves to tweak and play with gadgets, new and old. And when he finds time, if he finds time, he can be seen playing video games or taking a new gadget for a test run.
Facebook
Twitter
WhatsApp
Linkedin
ReddIt
Email
Previous articleHonor quietly announced its mid-range smartphone Honor 10i in Russia
Next articleInstagram adds in-app checkout to attract more shoppers to its platform