This is an action-adventure stealth game full of sneaking, stabbing and robots. 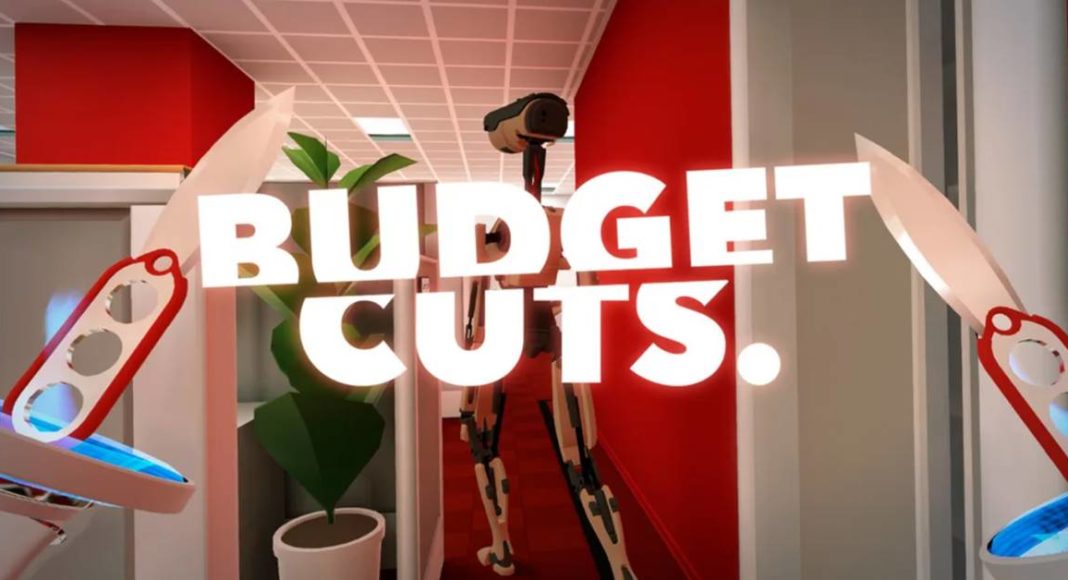 After announcing that Neat Corporation’s Budget Cuts stealth game for PlayStation VR will launch on July 10, a Sony’s PlayStation blog has now revealed that the new launch date is September 25. Budget Cuts is an action-adventure stealth game full of sneaking, stabbing and robots that was built for virtual reality from the ground up.

According to Olle Axelsson, Game Designer at Neat Corporation, “So while a lot of the work we’ve put into the game so far has been in moving all the offices, factories, and mail-rooms of TransCorp over to PlayStation, we couldn’t resist building a whole new level in this wacky universe, designed specifically with PSVR in mind. We got a lot of inspiration and ideas from our NeatCorp discord community, and from folks on twitter, about what type of gameplay spaces they want to see more of in Budget Cuts – that’s how we ended up building Panopticon!”

With Panopticon, Axelsson added that “we wanted to put the players journey and the importance of choice at the core of the levels design. We do this by providing them with a clear and central goal that is easy to locate, but hard to access. We wanted to encourage the player to pave their own path forward, either through brute force and action or through stealth and sneaking their way around in order to reach the center of the level. Honing in on the idea that the player is the one who chooses between fast-paced stabbing or tactical sneaking through their traversal of the level was key to the theme of this level.”

In order to ensure that Panopticon had a goal that was easy to see, the Budget Cuts’ creators decided on a radial layout of the level. This design approach lent itself very nicely to the circular shape you see on the level. This has the added effect of both challenging the player’s navigational skills – one might just find themselves going “in circles” if they don’t pay attention. This layout also helps make the center of the level visible from several points, which supports the player in making informed decisions on how to traverse towards their goal.

We will bring in more updates once Budget Cuts releases for PlayStation on September 25.