Comparison of three of the best and high specification holding devices. 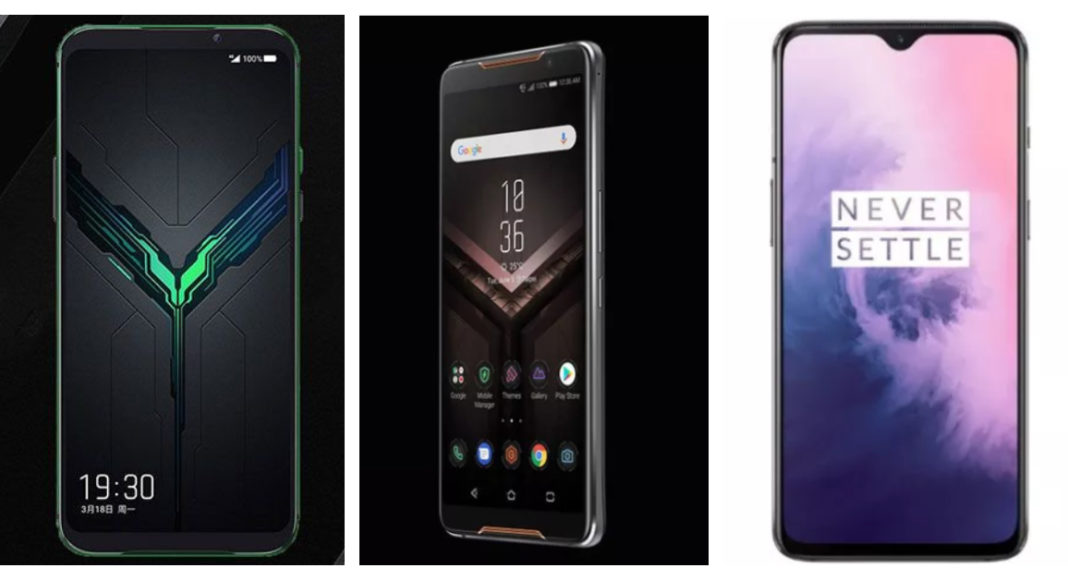 Xiaomi’s gaming sub-brand Black Shark has finally made its way to India. The company launched its Black Shark 2 in India today and with it, there has been a new addition to gaming smartphones that are available in the country. The smartphone is one of the most anticipated and advanced gaming smartphones in the current market as it comes with some of the best specifications the technology industry has to offer. The handset is powered by the latest Snapdragon 855 SoC and packs up to 12GB of RAM. It comes with an AMOLED display which most of the top-end smartphones come with and has 256GB of expandable storage. Here, we compare the Xiaomi Black Shark 2 with the Asus ROG Phone and the newly launched OnePlus 7. Both of these devices come packed with some of the best specifications in the industry. And although the Asus ROG phone is a year old now, but it still packs a decent punch.

This is how the Xiaomi Black Shark 2 compares with the Asus ROG Phone and OnePlus 7. All three come with some pros and cons and which among three is perfect for you really depends on what exactly do you prefer while buying a gaming smartphone. Which among the three would you buy? Let us know in the comments below.

Aman Singhhttps://www.gadgetbridge.com/
Aman Kumar Singh has a Masters in Journalism and Mass Communication. He is a journalist, a photographer, a writer, a gamer, a movie addict and has a love for reading (everything). It’s his love of reading that has brought him knowledge in various fields including technology and gadgets. Talking about which, he loves to tweak and play with gadgets, new and old. And when he finds time, if he finds time, he can be seen playing video games or taking a new gadget for a test run.
Facebook
Twitter
WhatsApp
Linkedin
ReddIt
Email
Previous article
10 smartphones that you can buy for an excellent gaming experience
Next article
Samsung Galaxy A50 receives a price cut of Rs 1,500 on both its variants