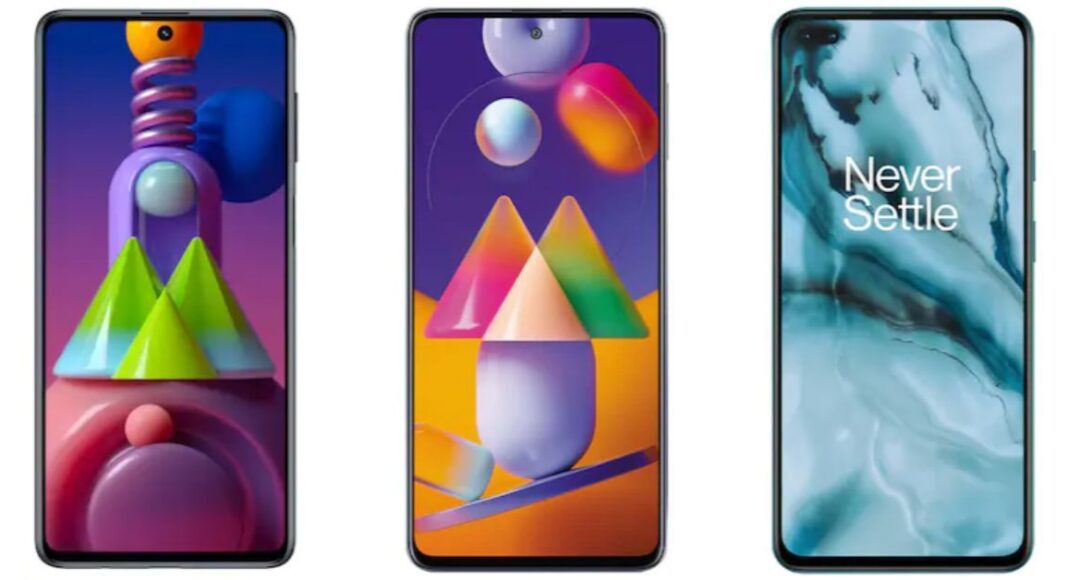 Samsung Galaxy M51 has been officially launched in India. The company offers the phone with a massive 7,000mAh battery. The device further boasts impressive specifications and is going to compete against the OnePlus Nord and other smartphones in the same price segment. While there is another smartphone from the company that has been launched a few months back offers similar specifications. So let’s put these phones head to head and see how they stand against each other.

OnePlus Nord: Sony IMX586 48-megapixel primary sensor with an f/1.75 aperture along with optical image stabilisation (OIS). In addition to this, there is a secondary 8-megapixel ultra-wide-angle lens with a field of view (FoV) of 119 degrees and f/2.25 aperture. It also has a 2-megapixel and a 5-megapixel macro and a depth sensor with f/2.4 aperture respectively.

Samsung Galaxy M31s: Android 10 with One UI on top

On the spec sheet and pricing, Samsung Galaxy M31s offers all the features at a lower price tag. The only difference between these smartphones is their processor. If you are not much into gaming then we would recommend you to go for M31s otherwise you can choose between the just-launched Galaxy M51 or Nord. But our choice would be M51 as its comes with the gaming-centric processor plus this has a monstrous battery of 7,000mAh capacity bigger display and a side-mounted fingerprint sensor for quick unlock.

Komila Singhhttp://www.gadgetbridge.com
Komila is one of the most spirited tech writers at Gadget Bridge. Always up for a new challenge, she is an expert at dissecting technology and getting to its core. She loves to tinker with new mobile phones, tablets and headphones.
Facebook
Twitter
WhatsApp
Linkedin
ReddIt
Email
Previous articleSeptember 11 Amazon Quiz: Participate and win Samsung Galaxy Buds+
Next articleSamsung releases a new software update for Galaxy Watch Active 2 users