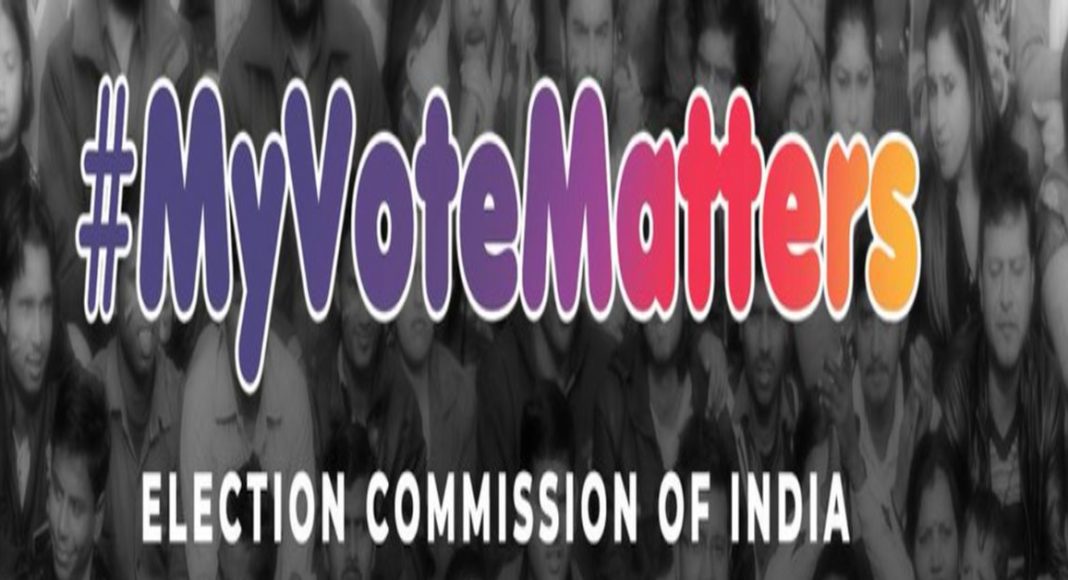 Before the Lok Sabha 2019 elections that is scheduled to take place from April 11 to May 19, the Election Commission of India joined the social platform Twitter on Friday. Almost most of the politicians and political leaders already have a Twitter account and many of them are quite active on the micro-blogging platform, famous among them are PMO Modi, Rahul Gandhi etc. But the joining of the Election Commission before the elections could mean that the news and other details of the upcoming elections will be shared by the ECI’s Twitter account on a regular basis.

To raise awareness among the voters, the Election Commission of India launched a programme named “Systematic Voters’ Education and Electoral Participation” programme (SVEEP) on the social networking platform. The newly launched programme aims to educate the voters and encourage them to part-take in elections.

Twitter Indian welcomed the Election Commission of India’s SVEEP (Systematic Voters’ Education and Electoral Participation Program). The people can know more about the programme by going on @ECISVEEP – the official ECI account.

Mahima Kaul, Director of Public Policy and Government at Twitter India said “India is the world’s largest democracy, and the upcoming election is a key priority for us at Twitter. Over the past several months, we’ve taken significant steps to safeguard the integrity of conversations and enhance the health of our platform. We are honoured to onboard the Election Commission handle to encourage voter education.”

The Director further stated, “Citizens will receive crucial information directly from the Election Commission on Twitter, in turn they can engage with and amplify accurate and positive information to their community.”

Keeping you abreast!
Here's the complete canvas of schedule for #DeshKaMahaTyohar
Polling would be held on April 11 in 91 Lok Sabha parliamentary constituencies spread across 20 states under the first phase of #GeneralElections2019 pic.twitter.com/vZnHv7SdQc

Furthermore, after joining, the ECI has been giving information to the people about the voting rights and other information, such as what identity cards should be taken by the voters when they are going to cast their votes. After only a day of joining, the ECI has gained 14.5K followers with the numbers bound to increase as the elections date near. With the Election Commission of India joining Twitter, people would not have to go on websites or look in newspapers to look for information about the elections and voting. As most of the information will be provided by the ECI on their Twitter account.

Aman Singhhttps://www.gadgetbridge.com/
Aman Kumar Singh has a Masters in Journalism and Mass Communication. He is a journalist, a photographer, a writer, a gamer, a movie addict and has a love for reading (everything). It’s his love of reading that has brought him knowledge in various fields including technology and gadgets. Talking about which, he loves to tweak and play with gadgets, new and old. And when he finds time, if he finds time, he can be seen playing video games or taking a new gadget for a test run.
Facebook
Twitter
WhatsApp
Linkedin
ReddIt
Email
Previous articlePUBG Mobile gets a play time restriction of 6 hours per day: Will this solve anything?
Next articleApple might be planning to launch truly wireless Powerbeats in April