End-to-end encryption is possible with RCS but not with SMS. 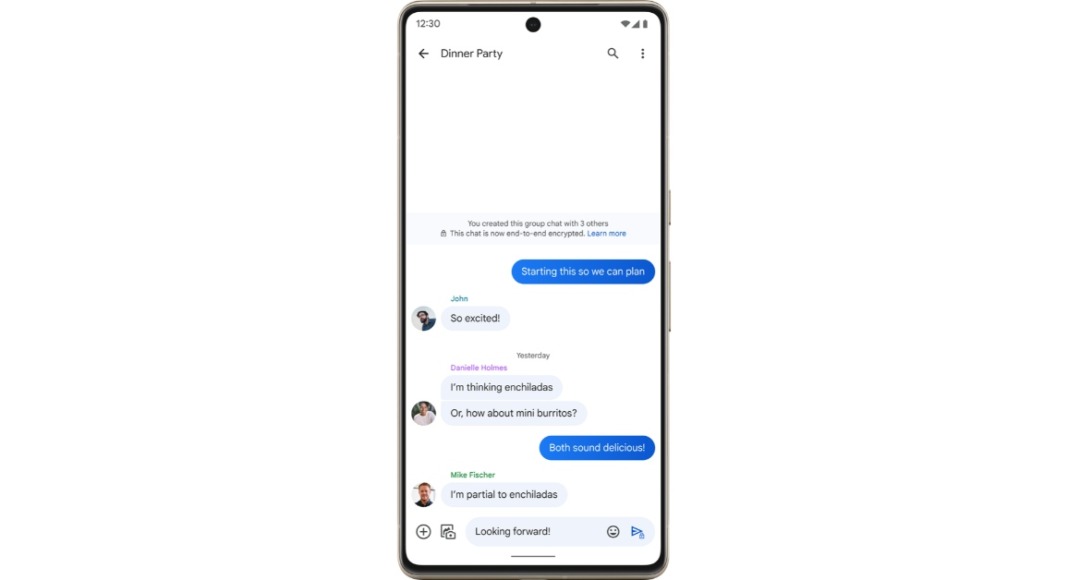 End-to-end encryption is now supported by Google Messages. The E2EE is now being made available for group chats in the app’s beta version. The business first announced the implementation of the additional security features for group chats back in December. As per the company the rollout has finished for users who signed up to join the open beta programme.

The “This chat is now end-to-end encrypted” banner will appear in group chats for Google Messages beta users who have activated E2EE. The send button will additionally include a lock icon.

And as of right now, every major mobile carrier and manufacturer has adopted RCS as the industry standard with the exception of Apple. When people with iPhones message people with Android phones, Apple refuses to implement RCS and continues to rely on SMS, keeping their texting trapped in the 1990s.

End-to-end encryption is possible with RCS but not with SMS. As a result, all one-on-one texts received through Google Messages, for instance, are encrypted, making them private and secure and visible only to the sender and the recipient. End-to-end encryption is currently beginning to roll out for group conversations and will soon be accessible to select users participating in the open beta test. 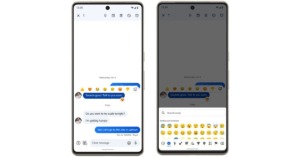 RCS not only makes texting safer, but it also improves the experience. According to Google SMS texting lacks many of the features that smartphones offer, but RCS enables you to text over Wi-Fi, send and receive high-quality images and videos, view typing indicators and read receipts in real-time, name group discussions, add or remove friends from group chats, and much more. In order to share the perfect emoji, Messages will soon allow you to reply to RCS messages with any emoji.

No matter where you reside, who made your phone, or what operating system it uses, you can enjoy the same messaging experience because of RCS’s universal compatibility.

Komila Singhhttp://www.gadgetbridge.com
Komila is one of the most spirited tech writers at Gadget Bridge. Always up for a new challenge, she is an expert at dissecting technology and getting to its core. She loves to tinker with new mobile phones, tablets and headphones.
Facebook
Twitter
WhatsApp
Linkedin
ReddIt
Email
Previous article
Garena Free Fire Redeem Codes Today 11 January 2023: Here is how to claim them
Next article
Samsung Galaxy Unpacked 2023 confirmed to happen on February 1, might introduce its flagship Galaxy S23 Series