The social-networking giants aims to bring more transparency to its users for understanding who’s behind the news they see on Facebook. 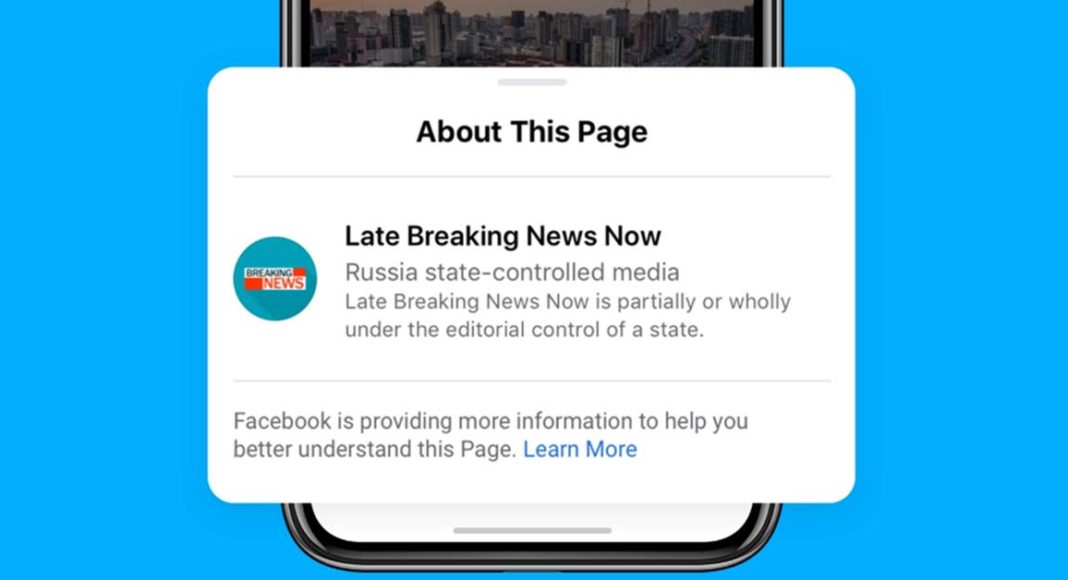 In order to bring more transparency to its users for understanding who’s behind the news they see on Facebook, the Mark Zuckerberg-owned social networking giant has executed its plan to label media outlets that are wholly or partially under the editorial control of their respective government.

In an official blog post, Nathaniel Gleicher, Head of Cybersecurity Policy at Facebook, said, “We’re providing greater transparency into these publishers because they combine the influence of a media organization with the strategic backing of a state, and we believe people should know if the news they read is coming from a publication that may be under the influence of a government.”

Moreover, Facebook will also start labelling ads from state-controlled media outlets later this year to ensure the users that it’s equally transparent when it comes to paid content. “State-controlled media outlets rarely advertise in the US. Nevertheless, later this summer we will begin blocking ads from these outlets in the US out of an abundance of caution to provide an extra layer of protection against various types of foreign influence in the public debate ahead of the November 2020 election in the US,” the social-networking giant added.

According to Facebook, “The labels will appear globally in the Ad Library Page view, on Pages, and in the Page Transparency section.” In the US, the label will also start to appear on posts in News Feed over the course of the next week.

Facebook consulted nearly 65 experts from the field of media, governance as well as human rights and development to understand the degrees to which governments exert editorial control over media entities. “We know that governments continue to use funding mechanisms to control media, but this alone doesn’t tell the full story. That’s why our definition of state-controlled media extends beyond just assessing financial control or ownership and includes an assessment of editorial control exerted by a government,” added Gleicher.

On the basis of these consultations and research, Facebook formed its own policy criteria to determine whether a publisher is wholly or partially under the editorial control of a government.

Facebook stated that it will not apply the label if it determines that there are enough protections in place to ensure editorial independence. Besides this, the social-networking platform added that it also consider country-specific factors, including press freedom and we consult open-source research conducted by academics and leading experts.

In case an organization believes that Facebook has applied the label in error, they can submit an appeal. Through the appeal, they can provide additional documentation, which we will review against our definition.