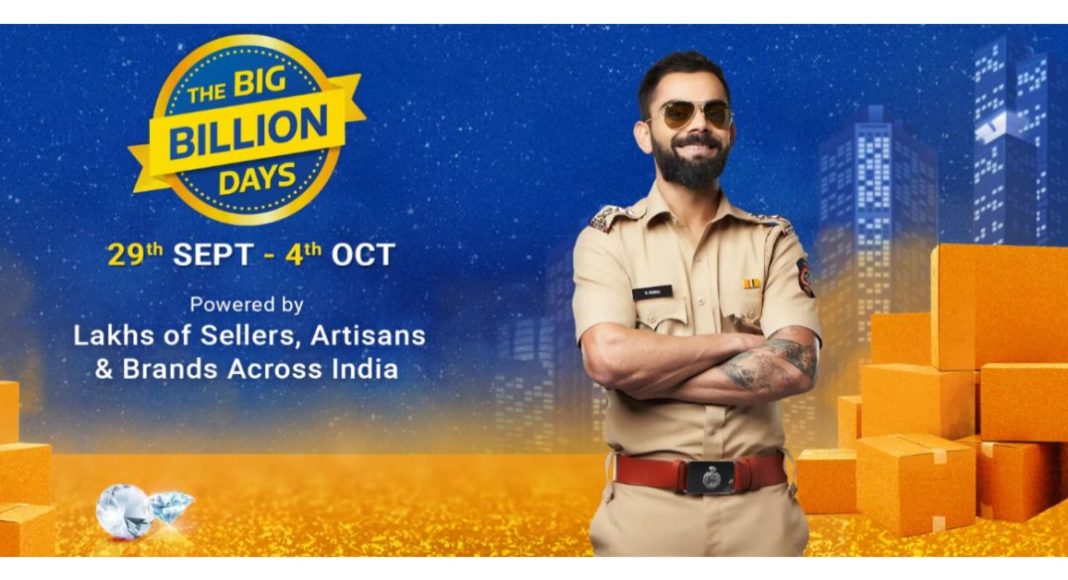 The e-commerce Website Flipkart has revealed what deals it will be offering in the mobile phones segment during the Big Billion Days sale that will begin from September 29 and go on till October 4. However, the mobile deals will start a day after than when the sale kicks off. On the purchase of smartphones during the sale, the e-comm website will be offering a 10 percent discount to buyers who make the transaction using the Axis Bank credit/debit cards and ICICI credit cards.

During the Big Billion Sale, Flipkart will be offering mobile phones at a discounted price from popular brands such as Apple, Samsung, Oppo, Asus, Xiaomi among others.

During the Festive sale, Samsung Galaxy S9 will be offered at Rs 34,999. The South Korean company launched the smartphone in 2018. It features a 5.8-inch Quad HD + Curved Super AMOLED display and is powered by an Exynos 9810 processor. It comes with a single rear camera with a 12-megapixel autofocus sensor and optical image stabilization. While on the front it has an 8MP selfie camera. During the sale period, the E-retailer will also be offering its elder sibling Galaxy S9 plus at a reduced price.

However, the listing does not reveal the price of the device. Samsung Galaxy S9+ comes with Exynos 9 Octa-core CPU. It features a bigger 6.2-inch Super AMOLED screen and sports a dual rear camera setup of 12MP +12MP with an 8MP camera at the front. The phone comes with a 3,500mAh battery.

Lenovo owned Motorola which launched its Android One smartphone Moto One Vision with a price tag of Rs 19,999 will be available at a discounted price of Rs 14,999. Buyers will get a discount of Rs 5,000 on the purchase of the smartphone. The company introduced it in two colour options – Bronze Gradient and Sapphire Gradient. The device comes with 4GB of RAM along with 128GB of internal storage.

While on the other hand Xiaomi’s Redmi Note 5 can be purchased at Rs 7,999. While Redmi 7s 4GB RAM variant will also be available at a reduced pricing of Rs 8,999 during the sale.

The Sale will begin at 12 noon IST on September 29. However, Flipkart Plus member will get s4-hour early access to the Big Billion Days sale. Remember, the deals on the mobile phone will only start from September 30 with new deals coming every day.

Komila Singhhttp://www.gadgetbridge.com
Komila is one of the most spirited tech writers at Gadget Bridge. Always up for a new challenge, she is an expert at dissecting technology and getting to its core. She loves to tinker with new mobile phones, tablets and headphones.
Facebook
Twitter
WhatsApp
Linkedin
ReddIt
Email
Previous articleRealme is giving heavy discounts on its smartphones during the Flipkart Big Billion Day sale
Next articleVivo U10 to launch with 5,000mAh battery in India today: How to watch the Livestream