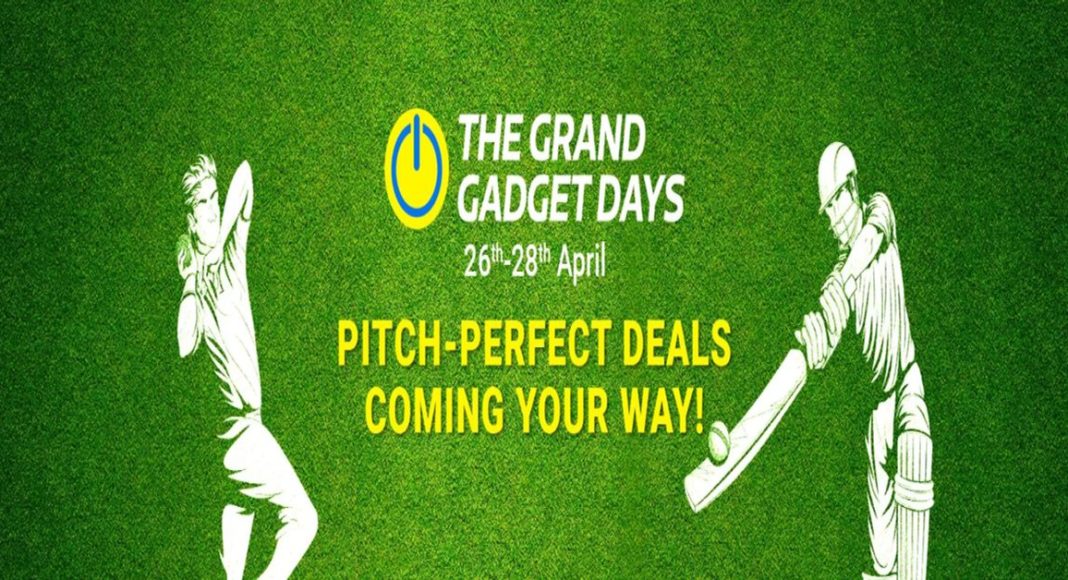 Flipkart opened its Grand Gadget Days sale today in India. The sale starts from April 26 and will go on till April 28. In this three-day sale, Flipkart is offering discounts and offers on laptops, speakers, mobile accessories, headphones, cameras, power banks, tablets, smart speakers, gaming consoles along with computer accessories and peripherals and much more.

In terms of tablets, the Samsung Galaxy Tab S4 is receiving an additional exchange discount of up to Rs 5,000. While the Alcatel 3T 8 is selling for Rs 11,499 and the Honor T3 holds a price tag of Rs 7,999 during the sale.

Other than the devices and gadgets mentioned here, there are lots of other digital products being sold during Flipkart Grand Gadget Days sale at a discounted rate with offers.

Aman Singhhttps://www.gadgetbridge.com/
Aman Kumar Singh has a Masters in Journalism and Mass Communication. He is a journalist, a photographer, a writer, a gamer, a movie addict and has a love for reading (everything). It’s his love of reading that has brought him knowledge in various fields including technology and gadgets. Talking about which, he loves to tweak and play with gadgets, new and old. And when he finds time, if he finds time, he can be seen playing video games or taking a new gadget for a test run.
Facebook
Twitter
WhatsApp
Linkedin
ReddIt
Email
Previous articleGoogle Fit now available in Apple’s App Store, brings Sleep Tracker, Journal, Move Minutes, Heart Points and more
Next articleRealme 3 goes on open sale days before the Realme 3 Pro’s debut