Indian language internet users are expected to account for nearly 75 percent of India’s internet user base by 2021. 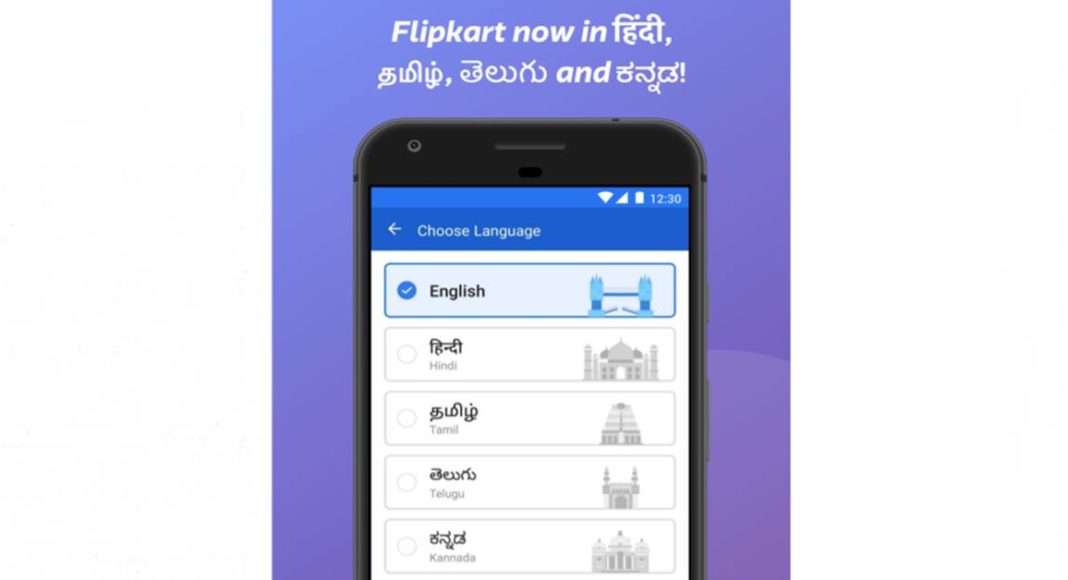 After the launch of Hindi interface last year, Flipkart has now enabled three new languages on its platform – Tamil, Telugu and Kannada as part of its vision to make online commerce more inclusive and accessible for Indian language users. With this, Flipkart aims to reduce the access barriers to e-commerce for native language speakers as industry reports have revealed that Indian language internet users are expected to account for nearly 75 percent of India’s internet user base by 2021.

According to Flipkart, The introduction of 3 vernacular interfaces is in line with Flipkart’s aim of developing state-of-the-art innovations to solve for the various pain points of consumers transitioning to e-commerce.

Asserting that Flipkart has introduced multiple solutions under Voice, Video and Vernacular to increase ecommerce adoption for millions of consumers, Kalyan Krishnamurthy, Chief Executive Officer of Flipkart Group, said, “We truly believe that language, if solved well, can be an opportunity rather than a barrier to reach millions of consumers who have been underserved. The introduction of Tamil, Telugu and Kannada interfaces, in addition to Hindi & English, is a meaningful step in that direction in line with our mission to democratize ecommerce in India.”

As Southern states account for a significant proportion of Flipkart’s growing user base coupled with a higher adoption rate of native language script, regional language interfaces will help make e-commerce more inclusive. The new language interfaces use a judicious mix of translated and transliteration of words to make shopping more engaging for consumers. This follows an ethnographic study that was conducted over several months to get relevant insights that helped the team develop a platform that enables consumers to interact with the platform in their own language and encourage independence in purchase decisions.

“Today, almost 58 percent of our user base comes from tier-II cities and beyond and with new language interfaces of Tamil, Telugu and Kannada along with Hindi (introduced last year) will further improve users’ ecommerce journeys by making it simpler and more personal,” said Jeyandran Venugopal, Chief Product and Technology Officer at Flipkart.

The three new language interfaces on Flipkart, are developed post the introduction of Hindi interface 9 months ago which has witnessed impressive adoption, concluded Flipkart.