The sale will be on till November 18 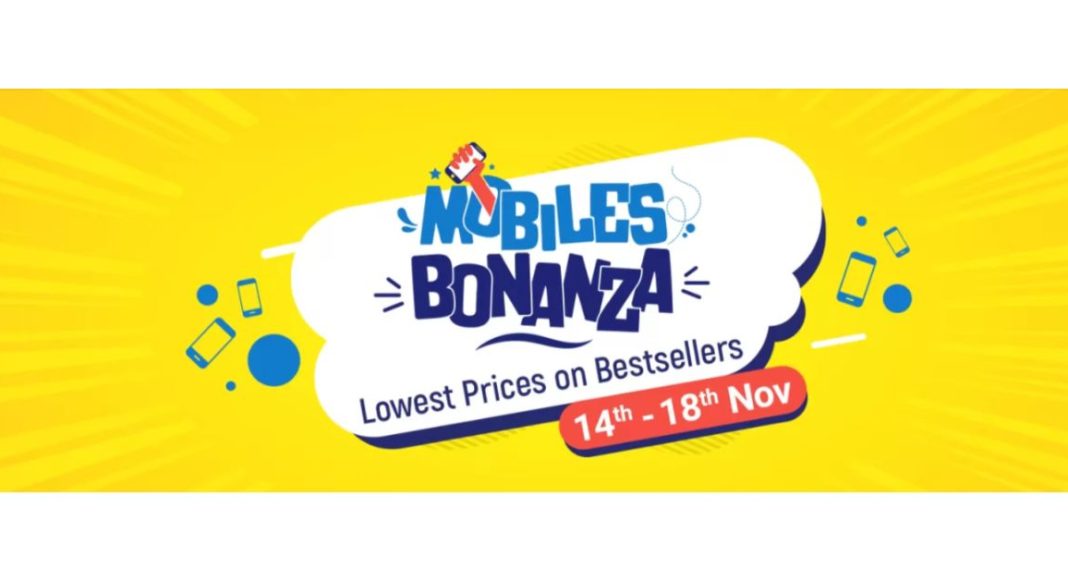 The Indian e-commerce website, Flipkart, commenced another Sale on its platform where it will be selling Mobile phones at their lowest prices. The Sale is called Flipkart Mobile Bonanza which has already begun and will go on till November 18. During the four days of the sale, the company will be offering big discounts and offers on popular smartphone brands like Apple, Samsung, Google, Redmi, Realme, Motorola and many more.

Flipkart kicked off Mobile Bonanza sale from November 14 to November 18. As a part of the sale, customers will be able to buy popular smartphones at lower prices along with additional exchange discounts. Google Pixel 3a, Samsung Galaxy A50, Poco F1, Realme 5, Redmi K20 and Redmi K20 Pro, Samsung Galaxy S9 and S9+, as well as Apple iPhone 7, are also part of the sale.

During the Mobile Bonanza Sale, Flipkart will also be offering no-cost EMI option to the HDFC customers. In addition to this, the e-retailer is also giving up to Rs 5,000 additional exchange discounts on the various smartphones like Vivo V17 Pro, Oppo Reno 10X Zoom Edition and Samsung Galaxy A30s. Over that, there will be an additional 10 percent discount on the prepaid transaction being made on select smartphones such as Vivo Z1 Pro, Vivo Z1x, Realme X as well as Realme 3.Below we have listed down a few of them and what the company is presenting to the buyers.

During the Flipkart Mobile Bonanza, the company will be offering Google Pixel 3a at Rs 29,999 down from the original cost which is Rs 39,999. Also, the Google Pixel 3a XL that originally retails at Rs 44,999 will be selling at Rs 39,999 on the e-commerce platform.

Komila Singhhttp://www.gadgetbridge.com
Komila is one of the most spirited tech writers at Gadget Bridge. Always up for a new challenge, she is an expert at dissecting technology and getting to its core. She loves to tinker with new mobile phones, tablets and headphones.
Facebook
Twitter
WhatsApp
Linkedin
ReddIt
Email
Previous article
Apple has launched the 16-inch MacBook Pro with a magic keyboard in India
Next article
The Infinix S5 Lite with 64GB storage and 4,000 mAh battery launched in India