HomeNewsFortnite Season 9 gets new locations, 'Slipstreams' and 'Fortbytes' to the game

Fortnite Season 9 gets new locations, ‘Slipstreams’ and ‘Fortbytes’ to the game 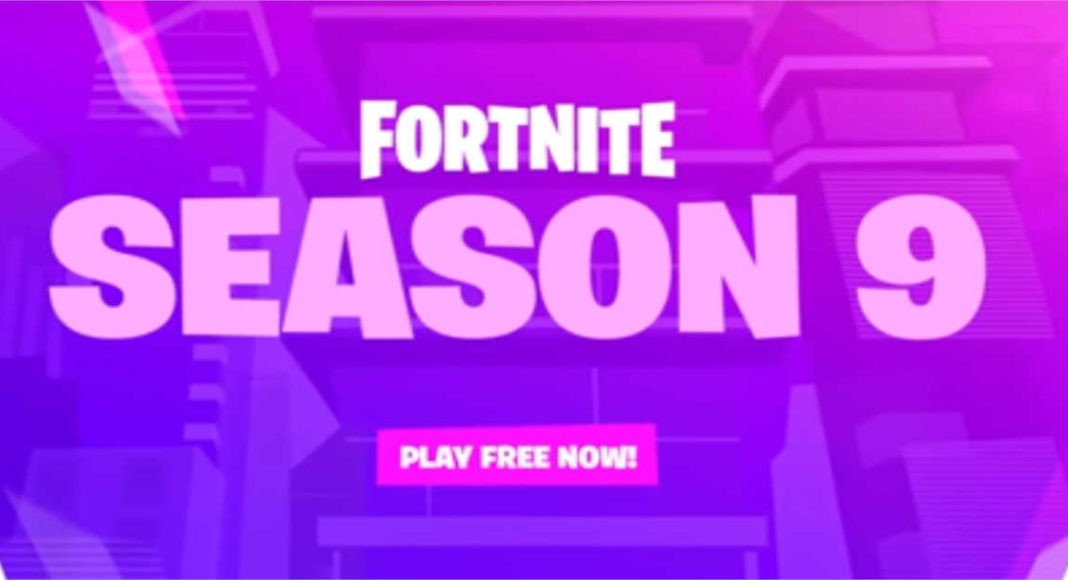 The Fortnite Season 9 is finally here. The end of Season 8 of the popular battle-royale game saw a volcanic eruption that led to the destruction of multiple locations. But with Fortnite’s Season 9, a number of new locations have been added to the game.  As expected the Battle Pass of Fortnite Season 9 has also gone live and one can get a number of freebies with them including exclusive costumes, weapons, and more.

Other changes that will be seen in Fortnite’s Season 9 are a new way of transportation called Slipstream, a new combat shotgun, and ‘Fortbytes’. We should mention that Fortbytes basically have to be collected and they can be used to unlock exclusive rewards in the game.

Speaking of the Fortnite Season 9 Battle Pass, it will cost you 950 Vinderbucks (Fortnite’s in-game currency) and will get you instant access to a pair of new costumes. Once you rear Tier 100, you will also be able to unlock a third tactical outfit called Vendetta. Other items of the Battle Pass include a robotic cat, dual axes and flying disc toys. A game mode called ‘Wargames’ has also been added that will enable players to test their skills in four different simulations. With the Battle Pass, you would also be able to build your own version of Neo Tilted location. But to do that, you would have to go to the Creative Mode.

Coming to Season 9 itself, the most prominent change is definitely the arrival of the new locations in the game. While one of them is called Neo Tilted, the other is called the Mega Mall. ‘Slipstreams’ is another addition that you should know about as it a wind tunnel using which players can go from one place to another at a rapid pace while they gain velocity midway. It is worth mentioning that Slipstreams can also be used to transport projectiles and vehicles. The new season also comes with Air Vents that can be used to cover a small distance without any damage.

Another addition that is worth a mention is ‘Fortbytes’. As we said earlier, these can be collected during the game to unlock rewards. We should add that at the beginning of the season, only 18 Fortbytes will be available and one of them will be added each day as the Season goes by. Fortnite Season 9 will also get a new semi-automatic combat shotgun, apart from a number of weapons like revolver and assault rifle.

A number of bug fixes have also been added to the PC as well as mobile versions of the game and it has also been announced that the Nintendo Switch version of the game will now come with an improved frame rate.

Avani Baggahttp://www.gadgetbridge.com
Avani has an immense love for reading, travelling and food, but not necessarily in the same order. Avani almost started pursuing law, but life had other (better) plans for her and she chose to be a writer instead (luckily!) She previously covered technology at Times Internet and wrote about smartphones, mobile apps and tech startups. When she’s not writing, you’ll be able to find her in book stores or catching up on her social life.
Facebook
Twitter
WhatsApp
Linkedin
ReddIt
Email
Previous articleAirtel revises two of its plan, will now offer double data and a Rs 4-lakh life insurance
Next articleGoogle Photos ‘Colorize’ feature would fill ‘colours’ to the black ‘n’ white pictures

Anurag Sharma - Apr 22, 2021 0
Note-taking applications keep your ideas organised and improve your productivity. The iPad along with the Apple Pencil enables you to create handy notes consisting...