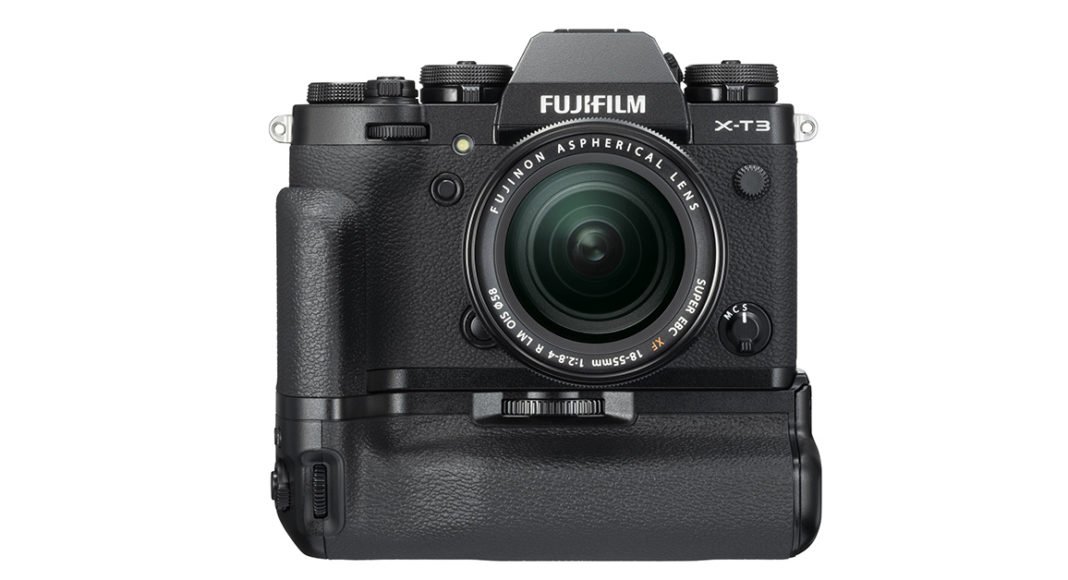 After being launched globally this month, the Fujifilm X-T3 has made its way to India. The mirrorless camera falls in the premium segment and competes with latest announcements from rivals like Nikon and Canon.

he compact mirrorless camera by Fujifilm comes with a newly-developed back-illuminated 26.1MP X-Trans CMOS 4 sensor clubbed with a X-Processor 4 image processing engine. According to Fujifilm, the processing speed of the camera is nearly 3 times faster than that of the models that are currently available. The company also claims that Fujifilm X-T3 is the first ever APS-C mirrorless camera that can capture 4K/60fps 10-bit videos.

The X-Processor 4 image processing engine used in Fujifilm X-T3 allows the camera to carry out functions like ‘Color Chrome Effect’ and ‘Monochrome Adjustment’. And the 26.1-megapixel X-Trans CMOS 4 sensor sports 2.16 million phase detection pixels — which, according to the company, are 4 times the pixels present in current models. This expands the phase detection AF area to the entire sensor — which means that phase detection AF can accurately be used even on subjects that are placed away from the centre of the frame of the camera.

The low-light auto-focus limit has also increased from -1EV to -3EV. This enables the camera to use phase detection AF even in areas that are lowly-lit.

The Fujifilm X-T3 compact mirrorless camera features a high-resolution 3.69-million-dot EVF that comes with a high magnification ratio of 0.75x. While the display time lag is 0.005 seconds, the camera has a refresh rate of approximately 100 frames per second.

The newly launched mirrorless camera also has a ‘Sports Viewfinder mode’ that enables it to capture subjects that are moving. There is also a new ‘Pre-shoot’ feature which enables the camera to begin shooting a scene when the user half-presses the shutter button and record it when the button is completely pressed.

The company has said that the camera sensor has a 1.5 times faster read speed than that of other models. It is because of this that the camera can do fast 17ms reading of 4K/60P video. Furthermore, with reduced rolling shutter distortion, camera can better record fast-moving subjects.

Speaking on the launch of Fujifilm X-T3, Mr Haruto Iwata, Managing Director, Fujifilm India said, “It is a proud moment for us to announce the much-awaited Fujifilm X-T3 mirrorless digital camera in the same year which marks our 10th anniversary in India. As we celebrate this success today, we are also gearing up for the next big leap towards new goals, one of which is to achieve 30% Market Share in the Indian Mirrorless Market in the next 3-4 Years. X-T3 is our step towards that endeavor and we at Fujifilm are confident that the new X-T3 will receive the same recognition and acceptance received by its predecessors. We strongly believe that in the next five years demand for mirrorless cameras will surpass that of DSLRs. We will continue to bring the best of technology and innovation to our consumers at the best possible price point.”

Avani Baggahttp://www.gadgetbridge.com
Avani has an immense love for reading, travelling and food, but not necessarily in the same order. Avani almost started pursuing law, but life had other (better) plans for her and she chose to be a writer instead (luckily!) She previously covered technology at Times Internet and wrote about smartphones, mobile apps and tech startups. When she’s not writing, you’ll be able to find her in book stores or catching up on her social life.
Facebook
Twitter
WhatsApp
Linkedin
ReddIt
Email
Previous article
Uber launches ‘Gift Cards’ in India for Uber Eats and Uber rides
Next article
Nikon launches its full-frame mirrorless cameras in India