However, the company has not revealed the name of the Smartphone but leaks suggest that the phone will be called Samsung Galaxy S20 FE 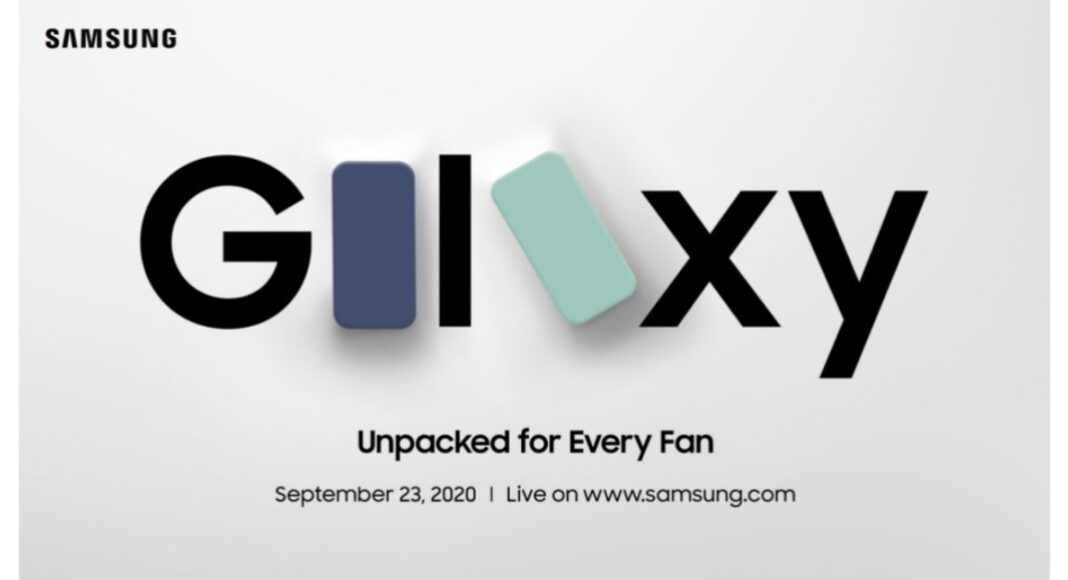 Samsung Galaxy S20 FE 5G is scheduled for a launch today. The South Korean smartphone company has arranged a virtual event called “Galaxy Unpacked for Every Fan” for September 23 that is today and we are likely to see the launch of the most anticipated Galaxy S20 FE aka Galaxy S20 Fan Edition today. The device is going to be a toned-down version of the Galaxy S20. However, the smartphone might not have few specifications over the company’s top-end smartphone but it is surely going to share some of the similarities with the S20 series to offer performance similar to its flagship devices.

As per the invite the Samsung Galaxy Unpacked for Every Fan event will be hosted today which is definitely intended for its Galaxy fans however it hints at the launch of Samsung Galaxy S20 FE 5G. The event will be hosted virtually through the Samsung Newsroom site that will run through all its social media channels including Facebook and Twitter via the company’s official YouTube Channel. The event will take off at 10 AM ET that is 7.30 PM IST.

Prior to its official launch Galaxy S20 FE 5G was briefly listed on the Samsung official site in the Philippines. The device was also spotted on the South Korean company’s German website with model number SM-G7818/DS which revealed its front as well as the rear. It was seen bearing a hole-punch display similar to the S20 series.

Recently the S20 FE live images were also surfaced on the web along with its key specification. A tipster via its Twitter handle shared some of the exclusive live images revealing the front as well as the back design of the smartphone. It is suggested to have a flat display with sleek bezels with a triple rear camera setup positioned on the greyish black colour finish back panel. with all the physical buttons positioned at the right side of the device.

Besides this, the tipster also shared the key specifications of the Samsung Galaxy S20 FE confirming that this will run One UI 2.5 on top of Android 10. Moreover, there will be a 6.5-inch full-HD+ display with 120Hz refresh rate support. The handset will be IP68 certified for dust and water resistance. Whereas the camera set up will support 3x optical zoom and 10x digital zoom and the selfie camera. While on the front the selfie camera will have a 32-megapixel sensor housed inside a punch-hole cut-out.

While the previous reports suggest that the phone will be featuring a 6.5-inch full-HD Super AMOLED display featuring a 120Hz refresh rate and an in-display sensor. It is likely to be powered by Snapdragon 865 SoC for 5G support whereas the 4G variant will have Exynos 990 SoC paired with 6GB of RAM. On the back of the phone, there will be a triple rear camera set up on the phone speculated to have dual 12-megapixel sensors and an 8-megapixel camera. While on the front is most likely to have a 32-megapixel selfie camera. It is speculated to pack a 4,500mAh battery along with a 15W fast charger.

Komila Singhhttp://www.gadgetbridge.com
Komila is one of the most spirited tech writers at Gadget Bridge. Always up for a new challenge, she is an expert at dissecting technology and getting to its core. She loves to tinker with new mobile phones, tablets and headphones.
Facebook
Twitter
WhatsApp
Linkedin
ReddIt
Email
Previous articleSeptember 23 Amazon Quiz: Today you can win Redmi Note 9 Pro
Next articleMoto E7 Plus launching in India today