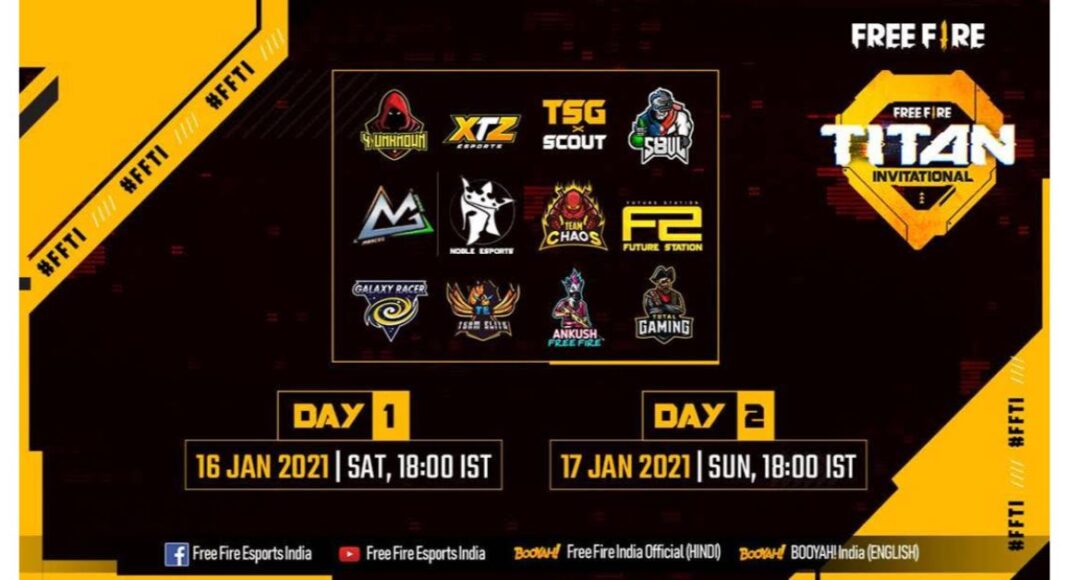 Last month Garena announced its 2021 esports plans for Free Fire in India. This year it will be hosting 4 tournaments across two pro circuits with a total prize pool of more than Rs 2 crore. And today the developers of the game have declared its first esports tournament in India namely Free Fire Titan Invitational (FFTI). The tournament will take place online starting January 16 and 17. Below are all the details of the upcoming tournament related to its schedule and format.

The company in its announcement said, ” Garena will be kicking off 2021 in true Free Fire fashion! The leading global game developer and publisher today announced the Free Fire Titan Invitational (FFTI), a fully-online direct-invite Free Fire tournament that will be the battle royale game’s first esports event in India this year. Taking place from January 16 to 17, the two-day tournament will feature 12 of the region’s top teams as they battle for a share of the massive INR 25,00,000 prize pool. “

The Free Fire Titan Invitational (FFTI) is a two-day, direct-invite tournament that will take place online on January 16 and 17. So there will be a total of 12 invited teams that will battle for a share of the INR 25,00,000 prize pool across two legs – Clash Squad Mode on Day 1 and Squad Battle Royale Mode on Day 2. There will be popular names such as ScoutOP, VasiyoCRJ, Pahadi, and FozyAjay that are going to battle during the first esports tournament in India.

Like we said before the Free Fire Titan Invitational (FFTI) will be played across two modes – Clash Squad Mode and Squad Battle Royale Mode. When the tournament kicks off it will feature the invited teams competing in the Clash Squad Mode and there will be Rs 5,00,000 up for grabs on Day 1 along with the winner taking home Rs 3,00,000. Day two of the tournament will see teams compete in the Squad Battle Royale Mode for a total prize pool of INR 20,00,000 and the winner will take away Rs 10,00,000.

There will be a total of 12 teams participating in the tournament from across the country which includes:

The Free Fire Titan Invitational (FFTI) can also be watched live as it will be hosted via  Free Fire Esports India YouTube and Facebook pages, as well as on BOOYAH

Komila Singhhttp://www.gadgetbridge.com
Komila is one of the most spirited tech writers at Gadget Bridge. Always up for a new challenge, she is an expert at dissecting technology and getting to its core. She loves to tinker with new mobile phones, tablets and headphones.
Facebook
Twitter
WhatsApp
Linkedin
ReddIt
Email
Previous article
Samsung Galaxy S21 Series Hands-on Videos leaked again ahead of the launch
Next article
Samsung unleashes the stunning Galaxy S21, Galaxy S21+ and Galaxy S21 Ultra: Price and specs for India revealed