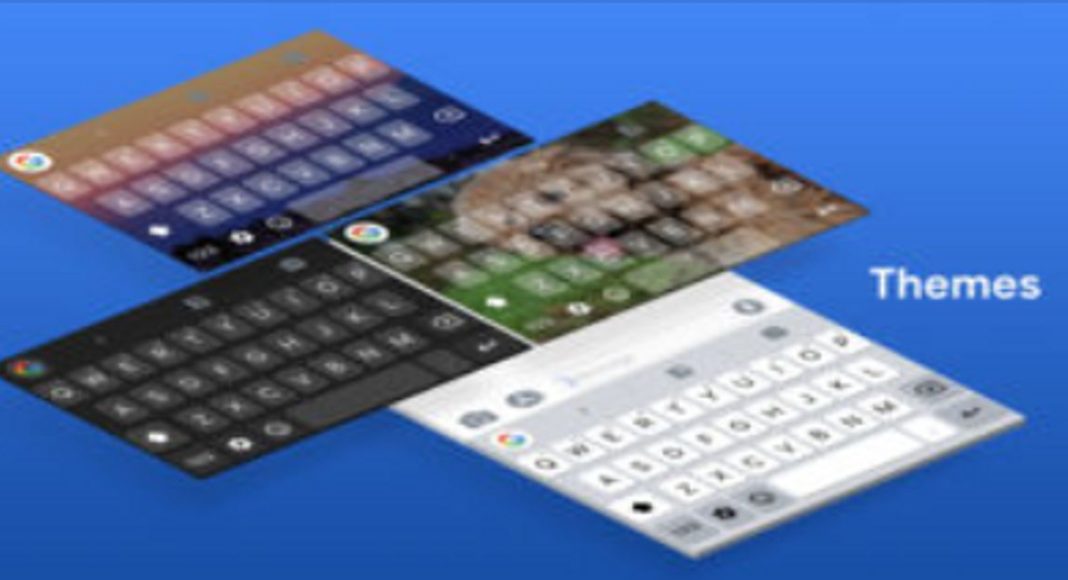 A new version of Google’s Gboard has been released for the iOS platform and can now be downloaded via Apple’s App Store. The new update of the Gboard brings new and revamped themes to the Google’s virtual keyboard. While the iOS version of Gboard was missing the customization option until now, the Android version of the app had it already. Along with update for its iOS app, Google has also rolled out a beta version of Gboard for Android. In the beta version of Gboard, a feature for Deleting Searches and a revamped overflow menu have been added.

The updated Gboard changelog was shared by Google on the Apple’s App Store. The Gboard update holds the version number v 2.0.0 and as mentioned earlier, it brings new customization support along with new themes to Google’s keyboard app. Google has said that now iOS users will be able to change the background colours of the Gboard, glide trail thickness, glide trail colour, key background colours and key boarder colours. Now, Gboard offers a total of 28 colours for the users to select from for various customizations including the gradient options. Earlier, the users were able to switch only between the light and dark modes on Gboard.

But it should be noted that not all of the new customizations will be brought to the Chinese and Japanese keyboard layouts.

Talking about the new beta update released by Google for the Android platform, the Gboard version 8.1 and it was first spotted by 9to5Google. In this beta update of Gboard some minor changes have been made such as changed overflow screen, and support for deleting the Gboard searches. The new Gboard overflow screen layout allows more icons and offers a better screen real estate than the earlier layout. The other feature is the deletion of Gboard searches which allows the users to long press on the search bar to enable the option of deleting searches. Once confirmed, the selected searches will be deleted.

A report by Android Police found out that the upcoming Gboard update for Android found mention of OCR and sharing. Google will most likely limit the sharing functionality to a whitelisted list of applications. Also, Google might add support of five new languages in its upcoming Gboard update including Buginese, Kurukh, Makassarese, Sasak, and Silt’e.

But till now, there is no word about the availability of the new update for the Gboard Android app.

Aman Singhhttps://www.gadgetbridge.com/
Aman Kumar Singh has a Masters in Journalism and Mass Communication. He is a journalist, a photographer, a writer, a gamer, a movie addict and has a love for reading (everything). It’s his love of reading that has brought him knowledge in various fields including technology and gadgets. Talking about which, he loves to tweak and play with gadgets, new and old. And when he finds time, if he finds time, he can be seen playing video games or taking a new gadget for a test run.
Facebook
Twitter
WhatsApp
Linkedin
ReddIt
Email
Previous article
Android Q to bring more changes to the Digital Wellbeing integration: Report
Next article
Hacker accesses Apple accounts of famous athletes and musicians, pleads guilty