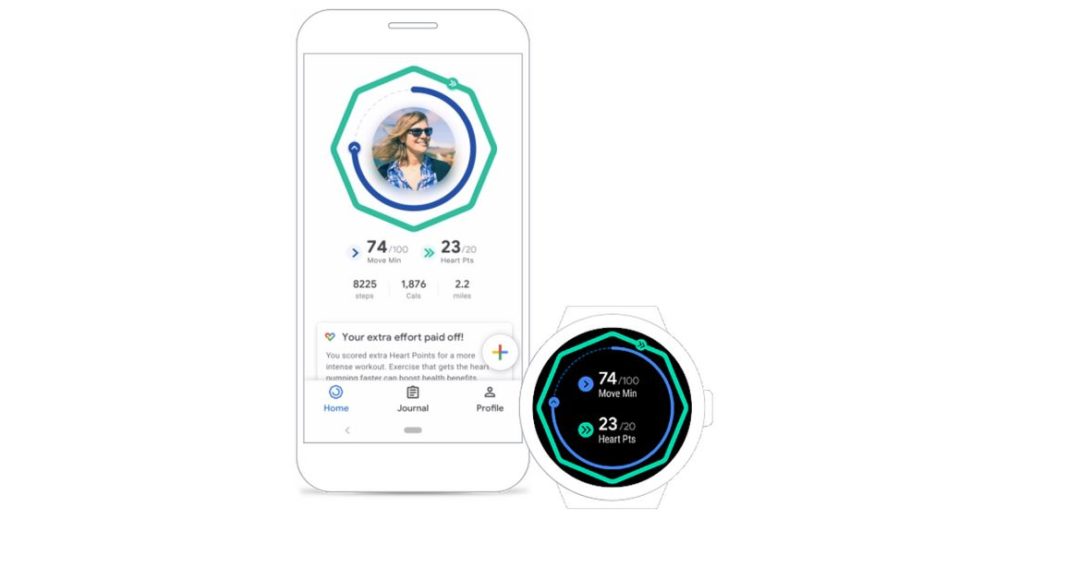 Google Fit, a fitness tracking and coaching application launched by Google keeps track of the user’s health and activity level. Google Fit was launched back in 2014 and it brought a new revamped application for the Android platform in 2018. A year after its Android release, Google Fit has made its way to the iOS platform as well. The application is now available on Apple’s App Store for the users of iPhones and iOS devices to download and use.

With its release, the users of the iPhones and iOS devices can use Google Fit’s unique features such as Move Minutes, Heart Points etc. Google Fit is also able to sync with the Apple Health fitness app to contribute data. The newly launched application is also able to sync with Apple Watch and share data thus giving the user more fitness goals and instructions by tracking their activity level. With the launch of Google Fit, more Apple users will consider buying the Wear OS smartwatches because of its safe data handling and accurate results.

Google said that its Google Fit application will sync with the Apple Health app to measure the Sleep Cycle, Nike Run Club and Headspace. This will allow the user to look at all their activity and fitness levels at one place. Also, the sync will show the Heart Points and Move Minutes the user earns through his/her activities. Move Minutes allows the user to make few changes to his daily routine for a healthier lifestyle. These changes includes, walking, taking the stairs instead of using the elevators or taking a walk instead of coffee. While on the other hand, the Heart Points are gained when the user performs activities which makes his/her heart beat faster than its normal rate.

Both the new features, the Move Minutes and the Heart Points have been incorporated into Google Fit to encourage the users to reach the AHA and WHO’s recommended amount of weekly physical activity. It encourages users to gain optimum health benefits through the app’s usage. There is also a Journal feature in the application, which allows the users to see the list of activities they did throughout the day. It also includes the user’s sleep data, amount of exercise they did, yoga duration, walking, cycling, breathing exercises performed and much more. It helps the users keep track of their activities and maintain a healthy and active lifestyle.

The Google Fit application is available on the App Store for downloading. Once downloaded, the users can track their workout sessions on their Apple Watch or any other Google Wear OS smartwatches.

Aman Singhhttps://www.gadgetbridge.com/
Aman Kumar Singh has a Masters in Journalism and Mass Communication. He is a journalist, a photographer, a writer, a gamer, a movie addict and has a love for reading (everything). It’s his love of reading that has brought him knowledge in various fields including technology and gadgets. Talking about which, he loves to tweak and play with gadgets, new and old. And when he finds time, if he finds time, he can be seen playing video games or taking a new gadget for a test run.
Facebook
Twitter
WhatsApp
Linkedin
ReddIt
Email
Previous articleXiaomi Redmi’s upcoming flagship smartphone’s specifications and details leaked
Next articleFlipkart Grand Gadget Sale days is offering discounts on cameras, gaming consoles, speakers, and many other gadgets