HomeOther TechGamingHalo Infinite will be coming to Microsoft’s ‘Project Scarlett’ console, PC and...

Halo Infinite will be coming to Microsoft’s ‘Project Scarlett’ console, PC and Xbox One in 2020

The game is a ‘spiritual reboot’ of Halo. 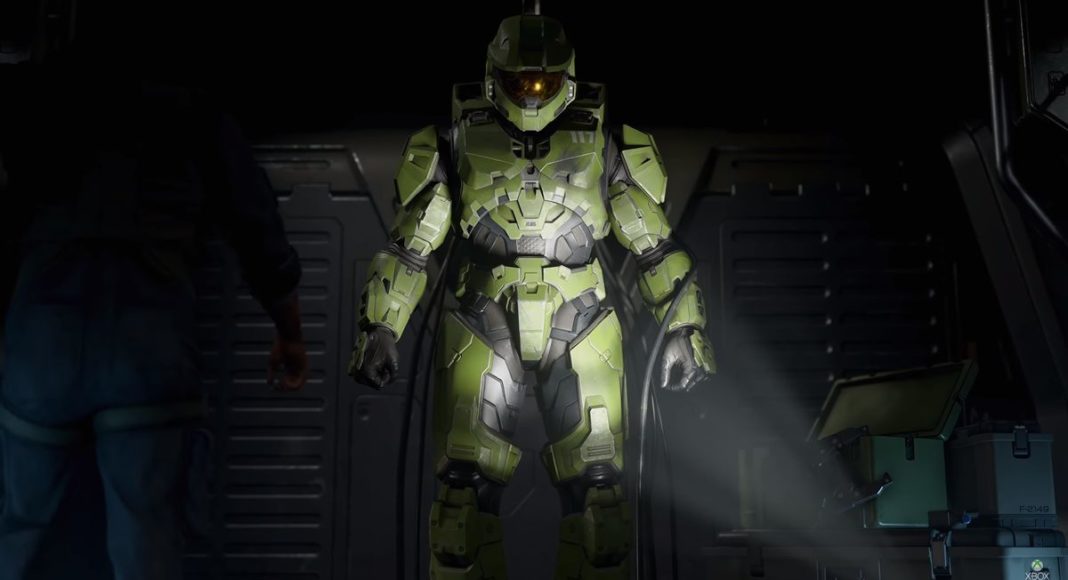 E3 2019 will be the centre-stage to some of the biggest game reveals and launches this year. Till now, multiple companies have revealed their upcoming titles. After Star Wars Jedi: Fallen Order and CyberPunk 2077 were revealed at the gaming conference, the Halo Infinite has been announced as well. Halo Infinite is the upcoming title in the Halo series and this time in the game, we will be taking the role of Master Chief once again. Halo Infinite was first teased by Microsoft at E3 2018 last year and now a year later the company has come up with new footage of the upcoming game.

Back in 2018, we were shown just a small glimpse of Master Chief but this time Microsoft teased us with some action from the character. Halo Infinite will more likely be an open-world version of the game.

Breaking down the trailer, we are shown a pilot/ engineer of a spaceship who is stranded in space on a broken ship. Somehow, he stumbles upon Master Chief in space and connects him to the system and powers him back on. At first, the reveal shows a message saying ‘AI NOT DETECTED’ which means that Cortana will not be with Chief for some time. But then they are attacked and Chief wields the iconic Halo’s Assault Rifle to counter the assailants. The trailer also shows a broken Halo Ring where 2018’s reveal trailer might have taken place. We have a feeling that we will be taken back to the Halo Ring once again. In the end, Master Chief is shown walking towards what seems like a control room (similar to other Halo games) where an AI can be heard talking and about ‘why she chose him. In addition to this, Master Chief is shown removing the chip which earlier held Cortana (the AI), and we have a feeling there will be another AI accompanying Chief on his journey, and it will most probably be Cortana herself.

Chris Lee, the studio head of Halo Infinite said, “This story will mark the beginning of a new chapter and challenge for the Chief, but it will also respect and continue threads that led to this point. If you’ve never played a Halo game before, this will be a great place to jump into the story.”

According to Microsoft, Halo Infinite will be launching alongside the company’s next-generation of gaming consoles which is named as Project Scarlett. The company also said that Halo Infinite is the ‘spiritual reboot’ of Halo but it will have new characters and a ‘perfect starting point for new players’. Other than the new console, Halo Infinite will be coming to PC and Xbox One as well. The upcoming game is powered by a new Slipspace Engine and is created by 343 Industries.

Aman Singhhttps://www.gadgetbridge.com/
Aman Kumar Singh has a Masters in Journalism and Mass Communication. He is a journalist, a photographer, a writer, a gamer, a movie addict and has a love for reading (everything). It’s his love of reading that has brought him knowledge in various fields including technology and gadgets. Talking about which, he loves to tweak and play with gadgets, new and old. And when he finds time, if he finds time, he can be seen playing video games or taking a new gadget for a test run.
Facebook
Twitter
WhatsApp
Linkedin
ReddIt
Email
Previous articleMicrosoft’s Xbox Elite 2 controller announced: Here are the key details
Next article10 Microsoft Xbox announcements you should know about