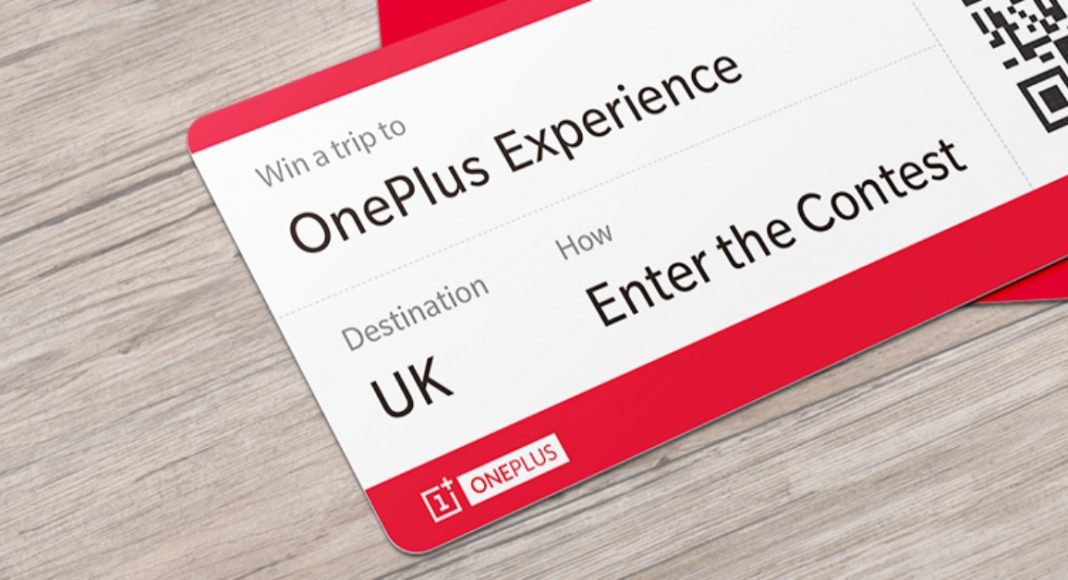 Chinese smartphone maker OnePlus will soon be celebrating its fifth anniversary. And as a part of the festivities, the company will be awarding lucky users with a chance to travel to the United Kingdom for a ‘mystery event’. OnePlus will be sponsoring their flight tickets and the users will get a complimentary stay in a hotel for one evening. And of course, they will get to be a part of OnePlus’ 5th-year-anniversary celebrations.

OnePlus will be giving this offer to six lucky winners. In order to be a part of the contest, you would have to upload a video that explaining why ‘speed’ is an important factor in your life.

The company has been focussing entirely on speed since it launched its previous flagship  smartphone,OnePlus 6 (review). So it’s not surprising that OnePlus expects users to upload videos about their passion for speed on YouTube in order to participate. The company has stated that the videos must be creative and original. And participants are free to talk about speed of anything around them like cars, technology, life, and more.

The 5th-anniversary event of OnePlus will take place between early and mid-December and the smartphone maker has instructed the participants of the contest to make sure that they are free during this time. If you are keen on participating, the first step would be to fill out a form which OnePlus has shared in its thread on November 30, 2018. It is worth noticing that in order to be a part of the contest you must be at least 18 years old.

Although it has been recommended to make the videos in English, participants can talk in their native languages too. However, it must be shot in landscape mode in at least Full HD format.

OnePlus will then be choosing six lucky winners who would have the chance of flying with the company to the United Kingdom. As we mentioned earlier, the smartphone maker will sponsor flight tickets as well as one night stay in a hotel. The company will be announcing the winners on December 4. The company has assured that the event will definitely be fun and is worth being a part of.

Avani Baggahttp://www.gadgetbridge.com
Avani has an immense love for reading, travelling and food, but not necessarily in the same order. Avani almost started pursuing law, but life had other (better) plans for her and she chose to be a writer instead (luckily!) She previously covered technology at Times Internet and wrote about smartphones, mobile apps and tech startups. When she’s not writing, you’ll be able to find her in book stores or catching up on her social life.
Facebook
Twitter
WhatsApp
Linkedin
ReddIt
Email
Previous article
Samsung Galaxy A8s renders leaked show an Infinity-O punch hole display
Next article
Xiaomi Redmi Note 6 Pro launched in India: Price, specifications and more