HomeMobilesHMD Global launches a new variant of Nokia 6.1 Plus with 6GB...

HMD Global launches a new variant of Nokia 6.1 Plus with 6GB RAM and 64GB storage 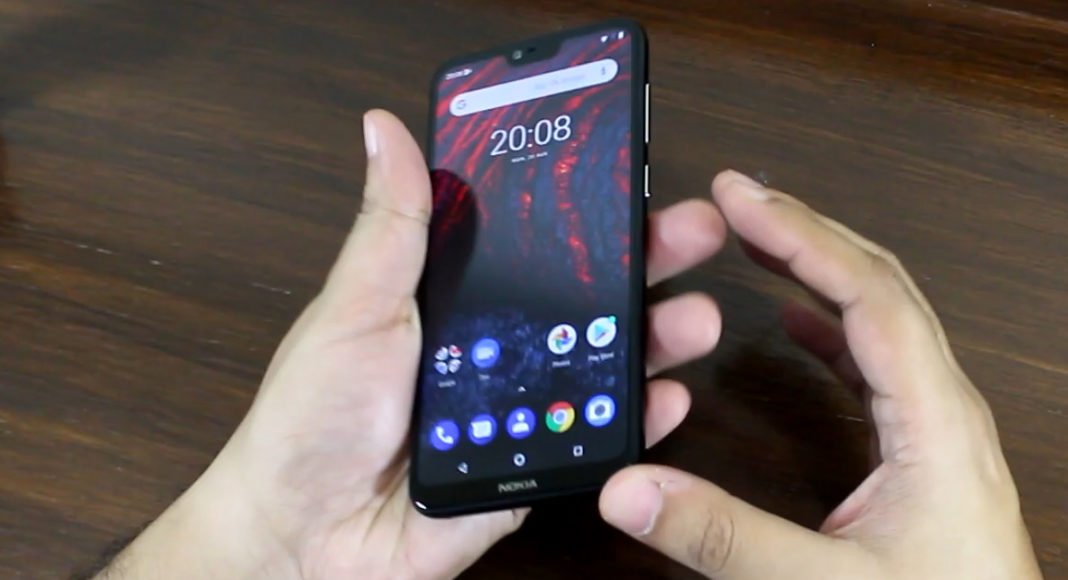 HMD Global has announced the launch of the higher memory variant of their current smartphone, Nokia 6.1 Plus in India. The newest variant of Nokia 6.1 Plus will have 6GB RAM and 64GB of storage. Rest of the specifications of the newest released smartphone will remain unchanged. Like all other Nokia smartphones by HMD Global, Nokia 6.1 Plus is also in the part of Android One family, which means that they will get timely Android updates and security patches.

The newly launched variant of Nokia 6.1 Plus has been available in India starting February 22. Interested customers can buy the smartphone from Nokia’s online store or they can get its via retail mobile outlets starting March 1. Nokia 6.1 Plus 6GB RAM variant is be priced at Rs 18,499. As a part of launch offers, Airtel customers will get an instant cashback of Rs 2,000 and 240GB data over 12 months on the recharge of Rs 199, Rs 249 and Rs 448 monthly plans.

The previously launched Nokia 6.1 Plus was available in 3GB RAM and 4GB RAM variants. to recall, the smartphone is powered by Qualcomm Snapdragon 636 processor and comes with AI imaging features. Although the device was launched with Android 8.0 Oreo, it recently received the Android 9.0 Pie update. Nokia 6.1 Plus comes in three colour variants – Gloss Black, White and Gloss Midnight Blue. The company has said that the phone would improve with time as its AI keeps learning the user’s habits.

Nokia 6.1 Plus features a 5.8-inch Full HD+ display with an aspect ratio of 19:9. Nokia 6.1 Plus’ screen has 2.5D Gorilla Glass 3 and the smartphone can hold a microSD card up to 400GB. The device has a 3,060mAh battery and it comes with support for Quick Charge 3.0. Nokia 6.1 Plus houses a dual rear camera setup with a 16MP primary sensor and a 5MP monochrome sensor. At the front, there is a 16MP selfie camera. The camera of the smartphone has AI features such as depth of field, portrait lighting effects, face recognition, HDR support and optimized colour contrast. There is also the ‘Bothie’ feature where both the cameras can be used at the same time. It has USB Type-C port, a 3.5mm headphone jack along with Bluetooth 5.0.

Aman Singhhttps://www.gadgetbridge.com/
Aman Kumar Singh has a Masters in Journalism and Mass Communication. He is a journalist, a photographer, a writer, a gamer, a movie addict and has a love for reading (everything). It’s his love of reading that has brought him knowledge in various fields including technology and gadgets. Talking about which, he loves to tweak and play with gadgets, new and old. And when he finds time, if he finds time, he can be seen playing video games or taking a new gadget for a test run.
Facebook
Twitter
WhatsApp
Linkedin
ReddIt
Email
Previous articleSamsung Galaxy S10, Galaxy S10+ go on pre-orders on Airtel Online Store, down payment starts at Rs 9,099
Next articleHow to create an IRCTC account to book railway tickets online?