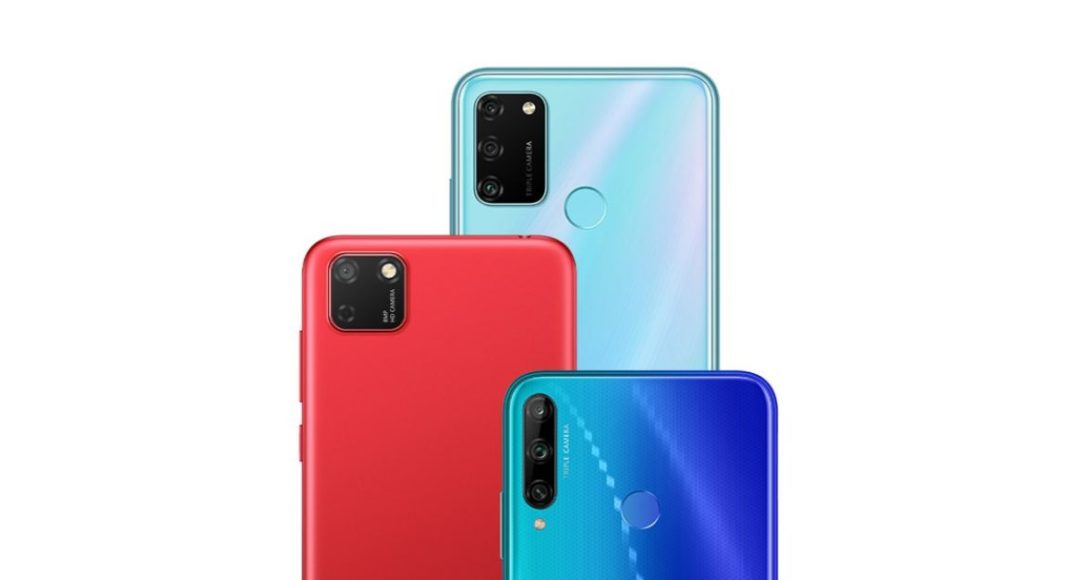 Huawei’s sub-brand has quietly launched three new devices in the market. The company introduced Honor 9A, Honor 9C, and the Honor 9S in Russia. All these devices fall under the budget category and out of the three devices Honor 9C is the pricier one that is powered by Kirin 710 SoC and includes a 48-megapixel primary sensor. Whereas Honor 9S is the entry-level phone and comes at affordable pricing and the Honor 9A comes with a MediaTek MT6762R processor and a triple rear camera set up.

Honor 9A, Honor 9C, and the Honor 9S Pricing

Honor 9A comes with a 6.3-inch HD+ display with a U-shaped notch to house a selfie camera. The device is powered by the MediaTek MT6762R processor paired with 3GB RAM and 64GB of expandable storage. It runs on Magic UI 3.1.1 skin on top of  Android 10 OS. The smartphone is supported by a 5000mAh battery and a rear-mounted fingerprint sensor for security. For optics, there is a triple rear camera set up that includes a 13-megapixel main sensor, a 5megapixel macro lens and a 2megapixel depth sensor. For selfies, there is an 8-megapixel camera on the front.

Honor 9C features a bigger 6.39-inch IPS LCD HD+ display with  90 per cent screen-to-body ratio and a hole punch on the top left corner of the screen.  The smartphone is powered by  Kirin 710 SoC paired with 4GB RAM and 64GB of expandable storage. It runs on Magic UI 3.1.1 based on top of Android 10. It packs a  4000mAh battery. In terms of cameras, the smartphone sports a triple rear camera setup with a 48-megapixel primary sensor, an 8-megapixel ultrawide sensor and a 2-megapixel depth sensor. On the front, there is an 8-megapixel selfie camera.

Honor 9S features a 5.45-inch HD+ IPS LC with slim bezels on the sides. The smartphone is powered by MediaTek MT6762 SoC coupled with 2GB RAM and 32GB storage.  The Honor 9S runs on MagicUI 3.1 on top of Android 10. The device comes with an 8-megapixel rear camera sensor and a 5megapixel front camera for selfies. The device comes with a  3020mAh battery.

Komila Singhhttp://www.gadgetbridge.com
Komila is one of the most spirited tech writers at Gadget Bridge. Always up for a new challenge, she is an expert at dissecting technology and getting to its core. She loves to tinker with new mobile phones, tablets and headphones.
Facebook
Twitter
WhatsApp
Linkedin
ReddIt
Email
Previous article
Microsoft’s cloud computing services help reduce impact of COVID-19 pandemic on Q3 FY2020 earnings
Next article
Ahead of the launch Redmi Note 9 renders and specifications leaked