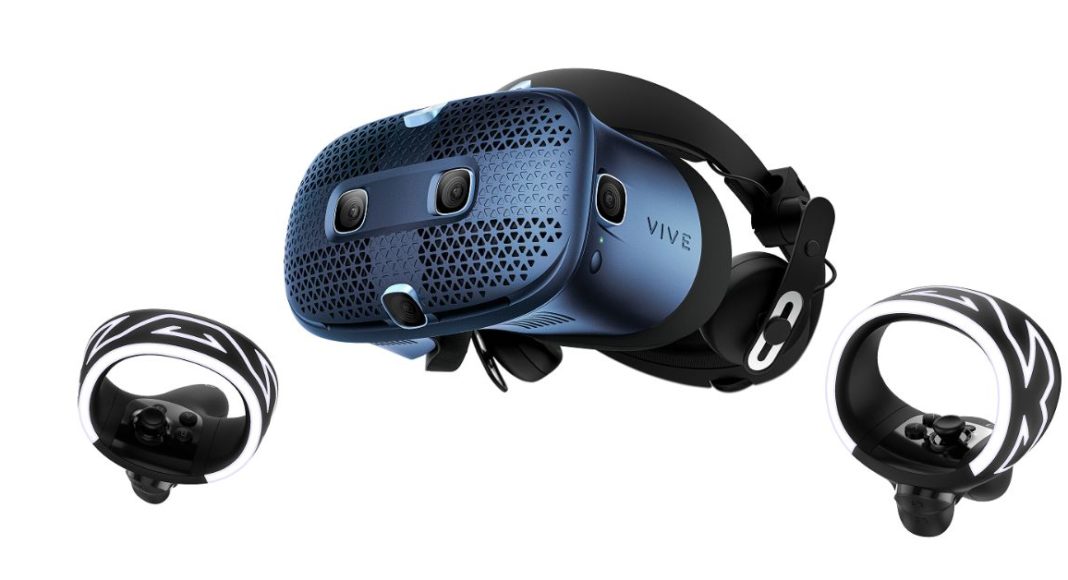 HTC will be launching the Vive Cosmos VR headset. Today it detailed the features, functionality, pricing and availability. Vive Cosmos PC-based virtual reality (VR) system that was earlier announced this year during CES. After launching HTC Vive, HTC Vive Pro, and HTC Vive Focus, Cosmos is the new addition in the HTCs Vive portfolio. The new Vive Cosmos will be launched in India in October.

The device comes integrated with a tracking system that comes with easy setup that makes VR access faster and easier along with six camera sensors for wide and accurate inside-out tracking. It comes with an improved LCD panel that features 2,880 x 1,700-pixel resolutions with an 88% increase over the original Vive that offers crystal-clear text as well as graphics. The users will be provided with a 110-degree field-of-view. USB 3.0 and DisplayPort 1.2 connection is required for the PC connectivity. The device also comes with built-in stereo headphones and no minimum space is required for standing/seated, minimum 2m x 1.5m for room-scale mode

The VR system comes with on-ear headphones that provide fully immersive sound. The Cosmos is offered with redesigned controllers that offers comfort during long play sessions. The device is well-suited with the Vive Wireless Adapter.

Cosmos comes with Vive Cosmos External Tracking Mod that is well-matched with the Lighthouse base stations for tracking scenarios. The base station-compatible mod supports Vive’s ecosystem of peripherals that also includes the Vive Tracker, which delivers input freedom for VR controls. The company will make the new mod available in the first quarter of 2020.

With the launch of Vive Cosmos HTC also introduced a new Vive Reality System. The device is the first headset which will offer e Vive Reality System that makes opening and toggle between apps trouble-free. The device comes with a user interface called Lens so that as to navigate XR and Viveport Infinity applications and dynamic home space called Origin. The Origin space is the launchpad for VR applications.

Vive Cosmos comes with a Viveport Infinity subscription that offers VR apps, games, and videos like A Fisherman’s Tale, Fujii, and Ninja Legends, as well as premium videos from top brands like GoPro, Discovery channel, and Animal Planet. The Viveport Infinity also endow with new titles such as Doctor Who: The Edge of Time by Maze Theory, Playstack, and BBC; Eleven Eleven by Syfy; Battlewake by Survios; Gloomy Eyes by Atlas V and 3dar; and Swords of Gargantua by Yomuneco and Gumi; and MLB Home Run Derby by MLB.

Komila Singhhttp://www.gadgetbridge.com
Komila is one of the most spirited tech writers at Gadget Bridge. Always up for a new challenge, she is an expert at dissecting technology and getting to its core. She loves to tinker with new mobile phones, tablets and headphones.
Facebook
Twitter
WhatsApp
Linkedin
ReddIt
Email
Previous articleApple has announced the price of all-new Watch Series 5 variants in India
Next articlePUBG Mobile new update brings Warriors Unite for Royal Pass Season 9