The device is now available via e-commerce website Amazon at Rs 9,999 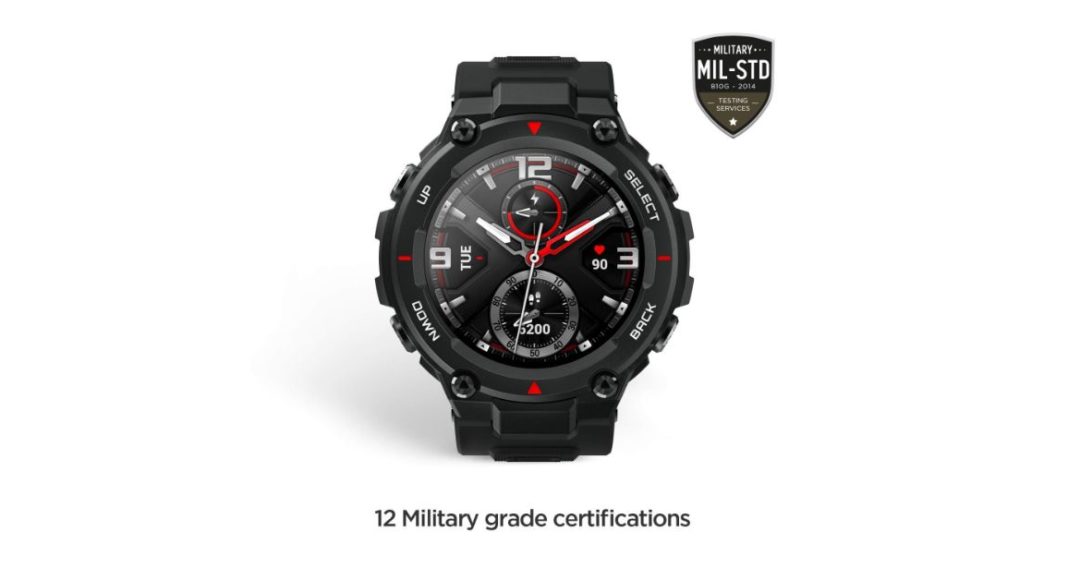 Recently Huami Amazfit T-Rex smartwatch was put on pre-orders in India via Amazon as well as its official website. Now the company has officially launched the smartwatch. The device is now available for purchase on both the e-commerce platform and the Amazfit India website. To recall the smart wearable was first unveiled at CES 2020 earlier this year.

Amazfit T-REX has been launched in India with a price tag of Rs 9,999. It will be available in four colour options Army Green, Camo Green, Khaki, and Rock Black. The smartwatch is now available on sale through Amazon and Amazfit India website. By the next week, it will be available via major offline stores Croma, Reliance Digital, and Poorvika Mobiles across the country. 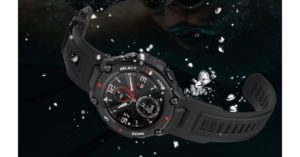 Huami Amazfit T-REX comes with a 1.3-inch AMOLED display with 360×360 pixels of resolution. To prevent scratches, it has been protected with a layer of Corning Gorilla Glass 3. It boasts a 390mAh battery which is claimed to deliver 20 days of battery life. According to the company when in the basic mode it can last up to 66 days but when used with GPS it will last up to 20 hours on a single charge. It takes two hours to charge from zero to 100 percent. The device is 5ATM rated for water and sweat resistant and comes with 14 sports modes allowing you to track your performance. It is provided with a Sweat-absorbent and comfortable silicone strap.

Moreover, there are 30 watch faces that can be customised as per personal liking. In addition to this, there is GPS, GLONASS, a BioTracker PPG optical heart rate sensor, an advanced activity tracker and a sleep monitoring sensor allowing you to keep a tab on health as well as fitness goals. Along with that you also get 14 sports modes in order to track your indoor as well as an outdoor activity such as running, cycling, skiing and much more. Amazfit T-Rex smartwatch is military standard (MIL-STD-810) certified that can withstand unpredictable weather conditions and extreme temperatures. For connectivity, there is Bluetooth v5.0, GPS and GLONASS. One can also use it to check notifications, weather updates, calls, text and more.

Komila Singhhttp://www.gadgetbridge.com
Komila is one of the most spirited tech writers at Gadget Bridge. Always up for a new challenge, she is an expert at dissecting technology and getting to its core. She loves to tinker with new mobile phones, tablets and headphones.
Facebook
Twitter
WhatsApp
Linkedin
ReddIt
Email
Previous article
Sony’s PlayStation 5 details revealed: Here’s everything you must know
Next article
June 13 Amazon Quiz: Participate to win Noise Shots Wireless Headphones